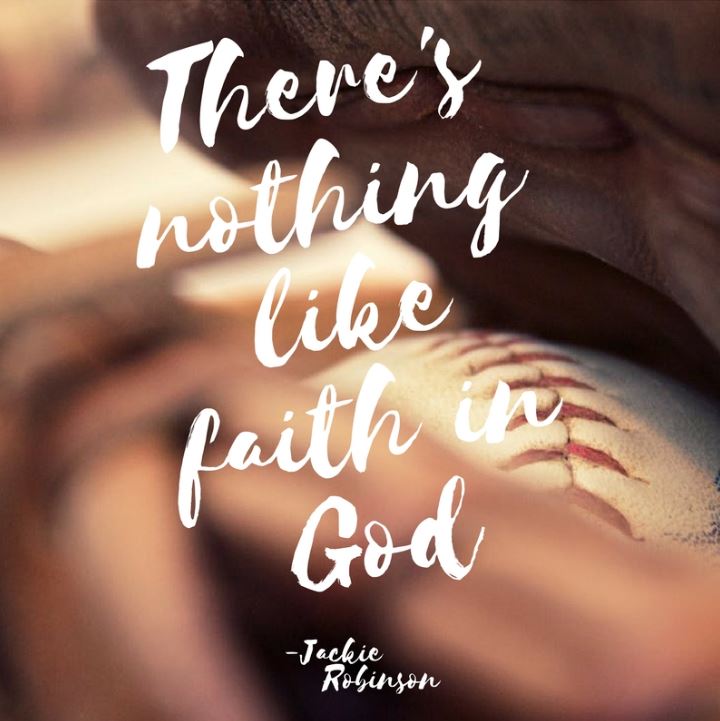 The path was not easier for Jackie simply because he embraced God. He was far from perfect and had a criminal record from his days in the gang, though it is clear that at least some of the arrests were racially motivated. Jackie and some of his friends were dragged off to jail at gunpoint by a local sheriff because they had gone swimming in the reservoir. Sure, the kids were in the wrong, but it’s hard to believe that a similar swim by white kids would have resulted in them being escorted to jail at all, let alone with weapons pressed to them. After all, Jackie had jumped into the reservoir to protest the ban on African Americans at the local pool. As he swam, policemen shouted, “Look there, a nigger swimming in my drinking water.”1

All of that nastiness, plus Robinson’s struggles with the law, have been chronicled before. But precious little time has been spent delving into how he got through all of it and still was able to rise to great heights. Even if his gang activity was relatively minor, it was another fork in the road where he could have veered off course and never made history without some kind of intervention. Jackie’s own daughter, Sharon, would note many years later, “You see these points in his teenage years when he could have gone in either direction.”2

Mallie Robinson was Jackie’s core. She believed there was destiny from God for her son, and she continued that laserlike focus in Pasadena. “She brought us up believing in God, knowing there was a God and also a true hell,” recalled Jessie Maxwell Wills, Mallie’s niece.3

Mallie also taught her kids to get down on their knees and pray each night before bed, a habit Jackie would continue right through his days as a famous baseball player. “Prayer is belief,” she told her kids, who attended church every Sunday at Scott United Methodist Church.4

At that church, they met another critical person in Jackie’s early life: Rev. Karl Downs, a young African American minister. Downs was only twenty- five years old when he took the helm of the church in 1938, so he could relate to young people. This was like manna from heaven for Robinson, who around this time had a mounting police record.

One day Robinson and his buddies were hanging out on a street corner, when suddenly Downs pulled up in a car.

“Is Jack Robinson here?” he asked.

Nobody answered, including Robinson, perhaps fearing he was in further trouble.

Downs cut a distinct impression. He was a wiry guy, tall and thin, usually dressed in a tailored suit with a white shirt and necktie.

“Tell him I want to see him at junior church,” Downs said before departing.5

Did Mallie send him? Nobody knew for sure. The key is that Downs got Robinson’s attention, and he was soon bonding with the man who became more than just a minister.

“He really was a sort of psychiatrist,” said a childhood friend of Jackie. “I’m not sure what would have happened to Jack if he had never met Reverend Downs.”6

Downs led nothing short of a spiritual awakening for Robinson. Suddenly, all the lessons Mallie had instilled in the boy were morphing into concrete steps to help him get out of the gang in the short term and figure out how to persevere over Jim Crow long term.

“Faith in God then began to register in him as both a mysterious force, beyond his comprehension, and as a pragmatic way to negotiate the world,” wrote author Arnold Rampersad. “A measure of emotional and spiritual poise such as he had never known at last entered his life.”7 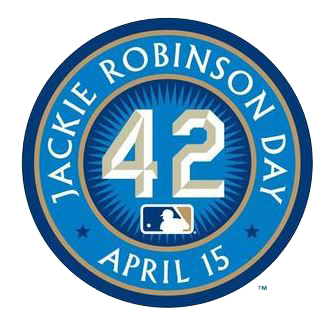 This was manifested in ways both big and small. Given Downs’s age, he had decided to make Sunday school more fun and church more relatable to the young adults. That seemed to appeal to Robinson. “Those of us who had been indifferent church members began to feel an excitement in belonging,” he recalled.8

Youngsters started planning dances at the church, and the new bad- minton court installed by Downs gave them an alternative to the streets after church or during the week. Older members of the church, though, objected to some of the changes, since Downs ruffled feathers over some of their traditions. Maybe observing this early lesson in bumping against the establishment and not giving in would also help Robinson down the road, when the barons of baseball threw temper tantrums about the possibility of the first African American player.

As Jackie would observe later, “I had a lot of faith in God… there’s nothing like faith in God to help a fellow who gets booted around once in a while.”9

Jackie credited Downs with listening to him when he was feeling down about Mallie’s financial difficulties. And the minister would get out of the pulpit and bond with Robinson in other settings, like the golf course.

Robinson’s mother was a living example of the virtues she had been trying to teach him. And now the young man had another male to relate to and bond over sports, a father figure.

“Often he would find a way of applying a story in the Bible to something that happened in real life,” noted Robinson. “He didn’t preach and he didn’t talk down like so many adults or view you from some holy distance. He was in there with you.”10

So when Robinson was plucked away to play four sports at UCLA, he did not forget his roots. Even though he starred as a running back on Saturdays, Jackie would still teach at the Sunday school he used to attend. “On Sunday mornings, when I woke up sore and aching because of a foot- ball game the day before, I yearned to just stay in bed,” he recalled. “But no matter how terrible I felt, I had to get up. It was impossible to shirk duty when Karl Downs was involved.”11

Throughout his life, Robinson gave Reverend Downs great credit for his success. He wrote in his memoir, “I suppose I might have become a full-fledged juvenile delinquent” but for the intervention of key people like Downs. The kid who never really knew his dad seemed to respond to strong men, whether it was a minister like Downs or an average person in the neighborhood.

One day, as the Pepper Street Gang worked their mischief, a car mechanic named Carl Anderson watched the silliness and pulled Jackie aside. Rather than yell at Robinson, Anderson played the best possible card, telling the boy if he stayed with the gang he would not only hurt himself; he would also damage his mother.

“He told me I ought to admit to myself that I didn’t belong in a gang, that I was simply following the crowd because I was afraid of being thought different, of being ‘chicken,’” Jackie recalled. “He said it didn’t take guts to follow the crowd, that courage and intelligence lay in being willing to be different. I was too ashamed to tell Carl how right he was, but what he said got to me.”12

That broke through for Robinson, who remembered a line Mallie often recited to her children: “God watches what you do. You must reap what you sow, so sow well!”13

These early lessons helped Jackie develop character and a tough skin that he would need for the rest of his life. “From the way my mother lived and the things she told me, I became convinced, early in life, that you aren’t much of a person if you [live life] like a doormat and let people walk over you,” Robinson wrote in his unpublished manuscript. “Even before I went to high school and college, I resolved not to be a doormat.”14

Today, April 15th, Major League Baseball and baseball fans all over the world celebrate Jackie Robison Day! Come share your thoughts with us on our blog. We want to hear from you!