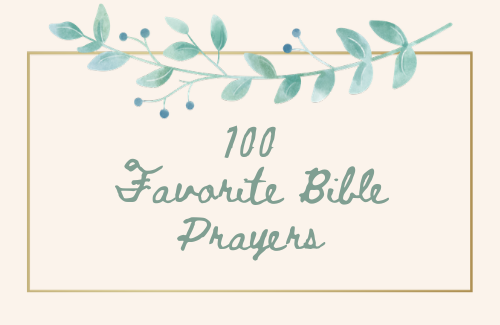 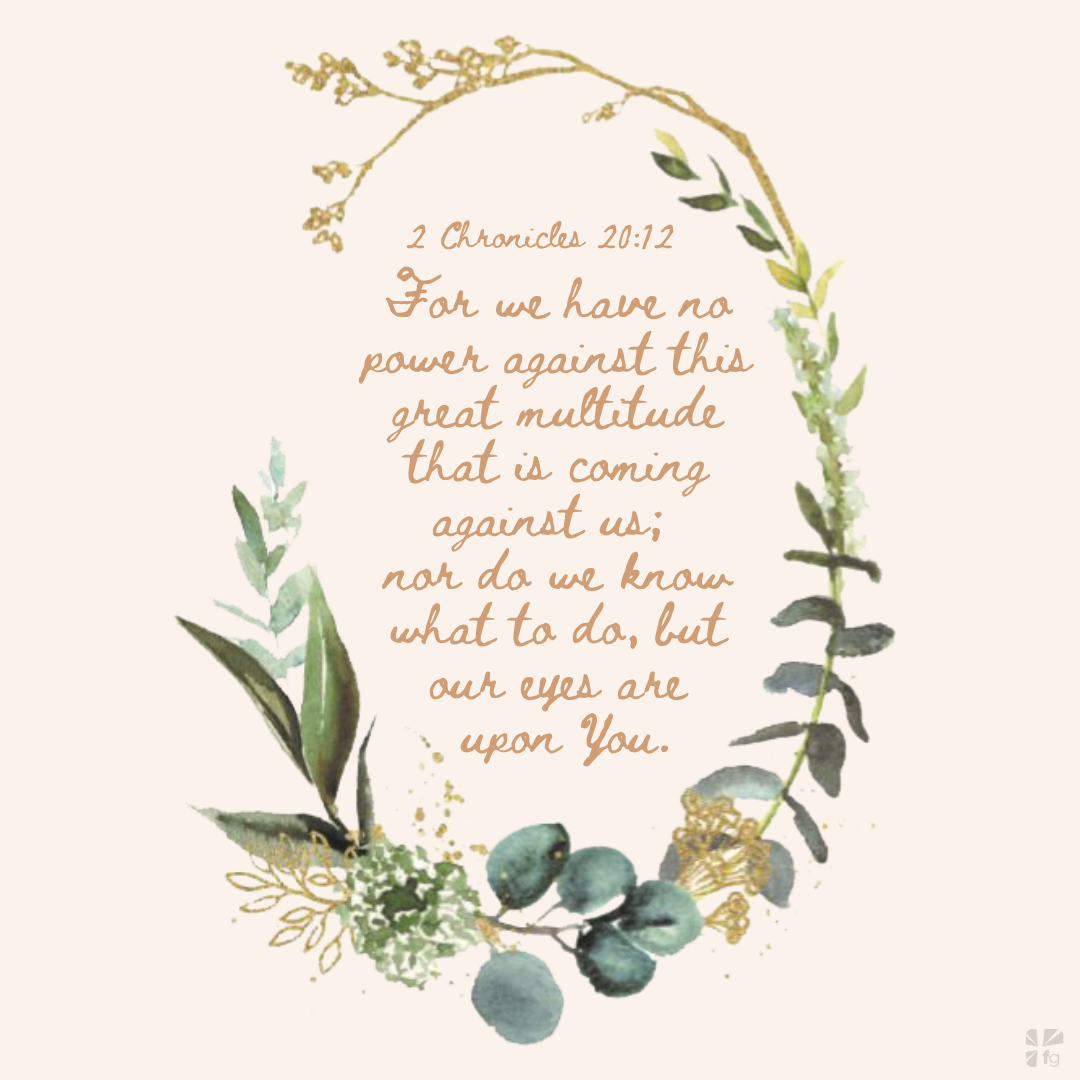 For we have no power against this great multitude that is coming against us; nor do we know what to do, but our eyes are upon You.  — 2 Chronicles 20:12

Jehoshaphat and his people were about to face a great enemy, and they were afraid. Armies were on their way to drive them out of the land God had given them, and Jehoshaphat did the only thing he could think to do: he prayed. In his prayer, Jehoshaphat admitted that the people were powerless to stop what was coming at them, and they simply did not know what to do.

Haven’t we all, at some point in our lives, prayed a similar prayer? We’ve all faced a scary situation, an uncertain outcome, or a devastating diagnosis. Just like Jehoshaphat, we’ve experienced times when — on our own — we were powerless against what was coming at us. Hasn’t each of us prayerfully uttered the words, “I don’t know what to do”?

The beauty of this prayer is that, while the people didn’t know what to do, they did know where to look. To focus their gaze on the enemy or themselves would have served only to heighten the people’s fear and despair. They knew their only hope was to fix their eyes on God.

There will be times in our lives when we feel powerless, fearful, and uncertain as to what to do. In those moments, however, we can choose to fix our eyes on the One who can calm any storm, defeat any foe, and lead us through any valley.

Father, I fix my eyes on You as You fill me with Your certainty.

O Lord, You are my God; I will exalt You; I will praise Your name, for You have done wonderful things, plans formed of old, faithful and sure. — Isaiah 25:1 ESV

God is the One who knows the end from the beginning. He is never caught off guard by our circumstances or bewildered by our behavior. He never feels pressured by the passing of time. God has always been — and will always be — in complete control of His creation.

Isaiah’s acceptance of God’s eternal nature, sovereignty, and faithfulness was evident in the way he prayed. He knew that God had a plan — a faithful and sure one formed long ago. Isaiah knew what Jeremiah knew: God’s plans for us have been prepared in advance (Jeremiah 1:5), and they are plans to prosper us (Jeremiah 29:11).

God has proven time and again that He is able “to rescue the godly from trials” (2 Peter 2:9 ESV). He led His followers out of lions’ dens, fiery furnaces, and prisons because He still had plans for those individuals. If there’s still breath in your body, He isn’t finished with you. Trust Him to be as He has always been: faithful and sure.

Only You, God, are worthy of my trust. You know the plans You have made for me, and I can rest assured in Your promise.

When have you felt the closest to God? For many of us, it is during seasons of sorrow and suffering that we sense the nearness of Him the most. God has promised us that He will never leave us. We can always be assured of His presence, but it is often in those moments of agony that He chooses to reveal Himself in a whole new way.

Job was a man of great faith. He was described as a man who was “blameless and upright, one who feared God and turned away from evil” (Job 1:1 ESV). He made it his practice to rise early and offer prayers and sacrifices for his entire family. By all accounts, Job was a good and godly man. Yet, in his prayer, Job acknowledged that his suffering allowed him to see with his own eyes what he had always heard to be true of God.

We can all think of times when we’ve seen God at work with our own eyes. Maybe it was in the form of physical protection from an accident or illness that should have had a worse outcome. Or perhaps it looked like provision from an unexpected source in a time of great need. Or it may have been a person who came along at just the right moment to comfort, guide, or assist us.

We have heard of You, Lord, but now our eyes see You.

It’s hard to believe in the power of prayer sometimes. But, sometimes prayer is all we have. In times like these, what do your prayers sound like? Has prayer become more of a daily habit? Has it gotten harder? Come share with us on our blog!