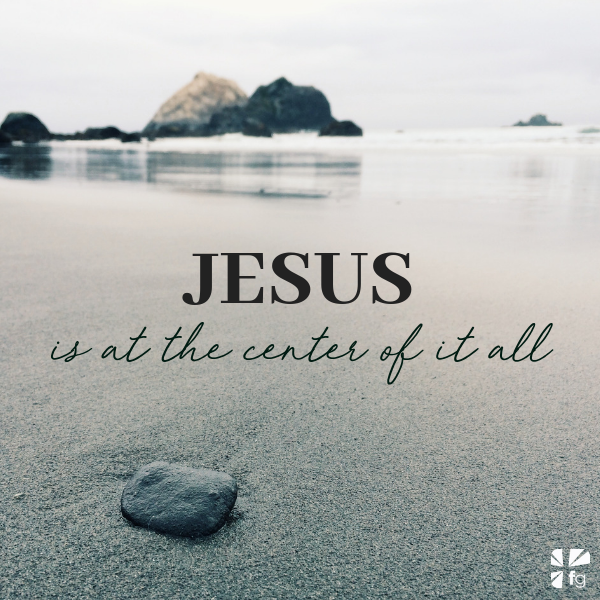 Many religions contain stories that promise life after death. These stories are mythical but still meaningful, because they express the deepest longing of the human heart. To my knowledge, however, only one religion claims that an actual historical figure died and rose again, not as a resuscitated corpse destined to die again, but as a resurrected person destined to live eternally. That religion, of course, is Christianity. The historical figure is Jesus of Nazareth.

It is easy to be skeptical about the reliability of the stories that tell of Jesus’ resurrection. They could be mere fabrications, dreamed up by His followers who respected and loved Him so much that they did not want to let Him go after he died. The resurrection could have been a convenient and creative way for them to keep Him alive, though He really did die on the cross and never came to life again.

It was my own experience of tragedy and grief that gave me a different perspective on the resurrection accounts. My loss helped me to understand their loss.

Loss leads to unrelenting pain, the kind of pain that forces us to acknowledge our mortal fate. It is possible, as we all know, to hold this terrible truth at bay for a while. Shock does that for us initially, which explains why people who lose a loved one or suffer some other kind of loss can be downcast one moment and euphoric the next, tearful one moment and giddy the next. But shock wears off over time. Then comes denial, bargaining, binges, and anger, which emerge and recede with various degrees of intensity. These methods of fighting pain may work for a time, but in the end they too, like shock, must yield to the greater power of death. Finally only deep sorrow and depression remain. The loss becomes what it really is, a reminder that death of some kind has conquered again. Death is always the victor.

But there is one notable exception. The followers of Jesus were devoted to Him. They had sacrificed much to serve Him. Suddenly their Hero was gone. The account says that they became profoundly disillusioned by this turn of events and terrified that they, too, might die. So the disciples scattered like seeds in a gust of wind and hid from the Roman authorities in fear and bewilderment. The death of Jesus crushed them. They were no more ready to be joyful and courageous than I was after I saw my loved ones die in the accident. They could no more invent the idea of the resurrection in the weeks following His death than I could in my grief. They had no more energy and imagination to create a new religion than I did after suffering my tragedy. They could have tried — as I could have tried — but eventually their vain efforts would have failed. Reality would have won out.

Death is not so easily defeated. It always gets its way.

Yet a few weeks later these followers of Jesus were proclaiming audaciously that Jesus was alive again — not as a resuscitated corpse, which would have only put off the inevitable, but as a resurrected being who would never die again. They even claimed that they had seen Jesus, talked to Him, and touched Him. They stated adamantly that Jesus had died, spent three days in a tomb, and then been resurrected. So sure were they of their experience that the apostles preached it everywhere, were martyred because they would not deny it, and lived with a joy, hope, and purpose that few in history have ever achieved. There is no record that any of them broke rank, disclaiming their story and admitting that they had invented it because they did not want to accept Jesus’ death. There is no question that Jesus’ disciples firmly believed what they proclaimed.

It is possible to explain their faith as mass delusion or hallucination or deception. But those explanations are more fanciful than the disciples’ own rather simple and straight-forward claim that Jesus had been killed, had somehow absorbed sin, evil, and death into Himself, and had been raised from the grave. The resurrection was His vindication.

Death does not have the final word; life does. Jesus’ death and resurrection made it possible.

In His earthly ministry Jesus performed signs and wonders as signs of God’s presence on earth. The deaf were made to hear, the blind to see, the lame to walk, and the dead to live again. But sooner or later those who had their hearing restored went deaf again — if not before death, then obviously in death. Those who were given sight went blind again, those who were made to walk went lame again, and those who were given life died again. Suffering and death won out in the end. In other words,

Jesus’ miracles were not the ultimate reason for His coming. His great victory was not His miracles but His resurrection.

The grave could not hold Him, so perfect was His life, so perfectly sacrificial His death. Jesus conquered death and was raised by God to a life that would never die again. The Easter story tells us that the last chapter of the human story is not death but life. Jesus’ resurrection guarantees it. All tears and pain and sorrow will be swallowed up in everlasting life and pure, inextinguishable joy.

Of course that is in the future. But we live in the present, which is often full of sorrow and pain. Suffering engenders a certain degree of ambivalence in those of us who believe in the resurrection. We feel the pain of our present circumstances, which reminds us of what we have lost; yet we hope for future release and victory. We doubt, yet try to believe; we suffer, yet long for real healing; we inch hesitantly toward death, yet see death as the door to resurrection. This ambivalence of the soul reveals the dual nature of life.

We are creatures made of dust; yet we know we were made for something more. A sense of eternity resides in our hearts.

Living with this ambivalence is both difficult and vital. It stretches our souls, challenging us to acknowledge our mortality and yet to continue to hope for final victory — the victory Jesus won for us in His death and resurrection, a victory that awaits us only on the other side of the grave.

That ambivalence is a regular feature of my life now. I feel both sadness and hope. Lately my son David has begun once again to struggle to make peace with the loss of his mother. He told me recently that he feels a kind of sadness all the time and does not even want to be happy in the same way he was before she died. In his mind it would be almost sacrilegious for him to be happy again. The other night we observed the third-year anniversary of the accident. During dinner David said, “Dad, if I had only gone to the bathroom after the powwow, Mom would still be alive. If you had been busier that day, Mom would still be alive.” He does not want it to be true. Sometimes I worry about him — about all of them really. Sometimes I even worry about me. Then I sink into a sadness that makes me think we will never experience life again. My despondent mood casts a shadow over everything, even over my faith. On those occasions I find it hard to believe anything at all.

But then I gain perspective. I remind myself that suffering is not unique to us. It is the destiny of humanity. If this world were the only one there is, then suffering has the final say and all of us are a sorry lot. But generations of faithful Christians have gone before and will come after, and they have believed or will believe what I believe in the depths of my soul.

Jesus is at the center of it all.

He defeated sin and death through His crucifixion and resurrection. Then light gradually dawns once again in my heart, and hope returns. I find reason and courage to keep going and to continue believing. Once again my soul increases its capacity for hope as well as for sadness. I end up believing with greater depth and joy than I had before, even in my sorrow.

Are you grieving the loss of someone you love? Are you in that ambivalent place of swinging from deep sadness to an odd elation? Jesus is at the center of that. He is with you. His death and resurrection will give you courage and hope again… Even mixed in your sorrow. Come share your thoughts on Jesus and grief on our blog. We want to hear from you. ~ Devotionals Daily

or view it in the store >

or view it in the store >