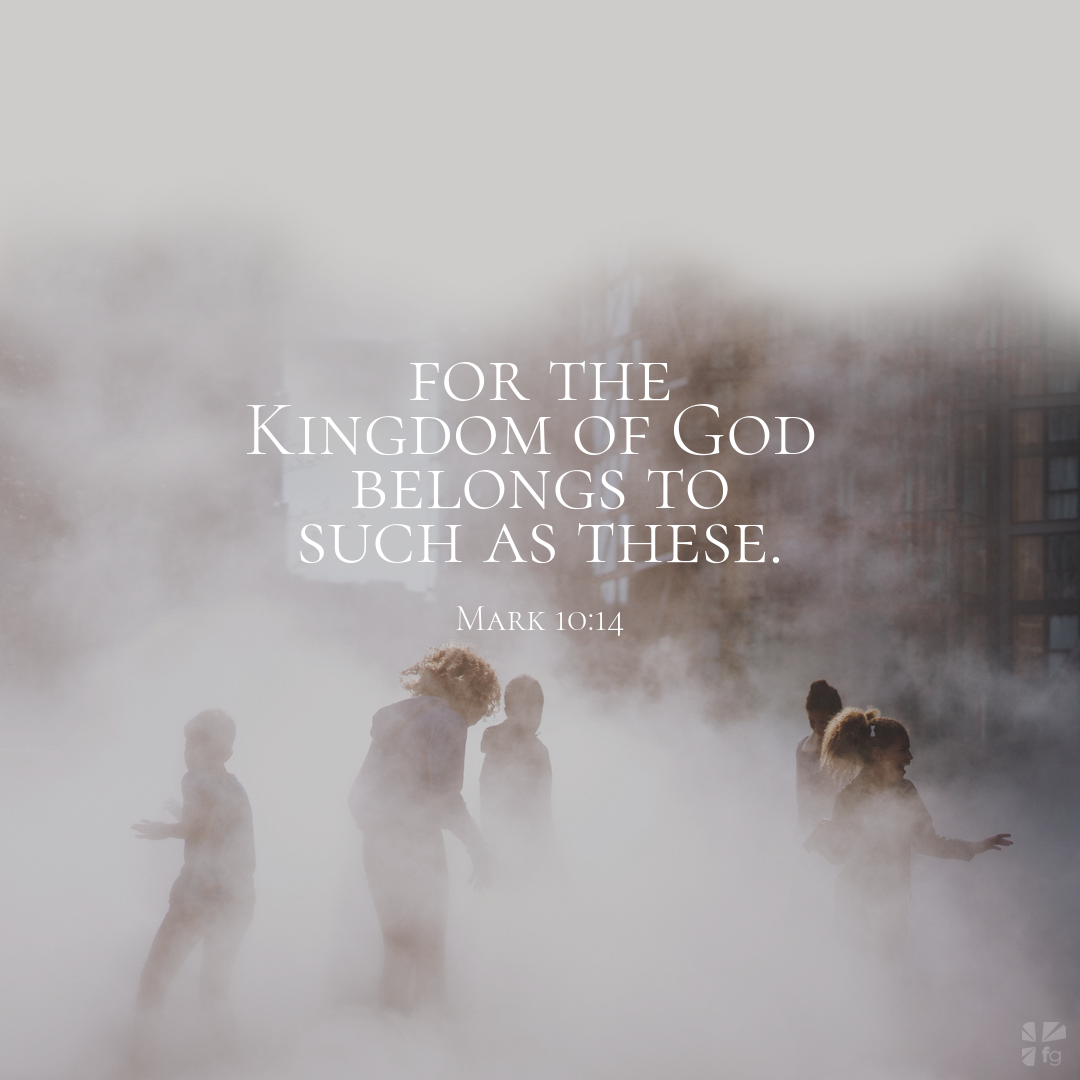 Jesus was a model of someone who communicated the Blessing to others. In fact, his blessing of children in the Gospels parallels the important elements of the family blessing, including appropriate meaningful touch. Let’s look at Mark’s account of that blessing.

Then they brought little children to Him, that He might touch them; but the disciples rebuked those who brought them. But when Jesus saw it, He was greatly displeased and said to them, “Let the little children come to Me, and do not forbid them; for of such is the kingdom of God…” And He took them up in His arms, laid His hands on them, and blessed them. — Mark 10:13-14, Mark 10:16

Appropriate meaningful touching was certainly a part of Christ’s blessing as Mark described it. Mobbed by onlookers and protected by his disciples, Jesus could have easily waved to the children from a distance or just ignored them altogether. But He did neither. Jesus would not even settle for the politicians’ “chuck under the chin” routine; He “took them up in His arms, laid His hands on them, and blessed them.”

In this moment, Jesus was not simply communicating a spiritual lesson to the crowds. He could have done that by simply placing one child in the center of the group as He did on another occasion (Matthew 18:2). Here, Jesus was demonstrating His knowledge of the genuine importance of touch to a child.

For children, things become real when they are touched. Have you ever been to Disneyland and seen the look on little ones’ faces when they come face to face with a person dressed like Goofy or Donald Duck? Even if they are initially fearful, soon they will want to reach out and touch the Disney character. This same principle allows children to stand in line for hours to see Santa Claus — the same children who normally can’t stand still for five minutes.

Jesus was a master of communicating love and personal acceptance. He did so when He blessed and held these little children. But another time His sensitivity to the importance of touch played itself out more dramatically, when Jesus chose to touch a man who was barred by law from ever touching anyone again:

And a leper came to Jesus, beseeching Him and falling on his knees before Him, and saying, “If You are willing, You can make me clean.”

Moved with compassion, Jesus stretched out His hand and touched him, and said to him, “I am willing; be cleansed.” Immediately the leprosy left him and he was cleansed. — Mark 1:40-42 NASB, emphasis added

In Jesus’ day, to touch a leper was unthinkable. Fear banished them from society, and people would not get within a stone’s throw of them. In fact, they would throw stones at them if they did come close.1 A parallel passage in Luke tells us that this man was “covered with leprosy.” With their open sores covered by dirty bandages, lepers were the last people anyone would want to touch. Yet the first thing Christ did when He met this man, even before He spoke to him, was to reach out His hand and touch him.

Can you imagine what that scene must have looked like? Think how this man must have longed for someone to touch him, not throw stones at him to drive him away. And remember, Jesus could have healed him first and then touched him. But recognizing his deepest need, Jesus stretched out His hand even before He spoke words of physical and spiritual healing.

I know of one person who could understand the pain of not being touched. Her name was Dorothy, and she spent years of her life longing for meaningful touch.

I learned about Dorothy through a speech teacher at a large university, a man in his early sixties who is an outstanding Christian. For nearly twenty-five years, this man had been a source of encouragement to students inside and outside of class. Many young men and women have trusted Christ as their Savior through his quiet modeling of godly principles. However, what changed Dorothy’s life was neither his ability to communicate nor his stirring class lectures, but one act of touch.

Finally, with a deep sigh, Dorothy sat up in her chair, pulled back her hair, and in the process revealed her face. Covering nearly all of one side of her face was a large, irregularly shaped birthmark — nearly as red as her hair.

“That,” she said, “should show you what I don’t like about myself.”

Moved with compassion, this godly professor did something he had never done before in a classroom. Prompted by God’s Spirit, he gently touched her birthmark and said, “That’s okay. God and I still think you’re beautiful.”

Dorothy cried uncontrollably for almost twenty minutes. Soon other students had gathered around her and were offering their comfort as well. When she finally could talk, dabbing the tears from her eyes, she said to the professor, “I’ve wanted so much for someone to say what you said. Why couldn’t my parents do that? My mother won’t even touch my face.”

Dorothy, just like the leper in Christ’s time, had a layer of inner pain trapped beneath the outward scars. This one act of appropriate meaningful touching began to heal years of heartache and loneliness for Dorothy and opened the door that drew her to the Savior.

We know that for many people, appropriate meaningful touch simply wasn’t a natural part of growing up. For me (John), growing up in Arizona, the cultural norm was, “It’s okay to hug your horse, but not your kids!”

Wherever you live across the United States, you may not come from a warm, affectionate background. Sociologist Sidney Jourand studied the touch behavior of pairs of people in coffee shops around the world. The difference between cultures was staggering. In San Juan, Puerto Rico, people touched on average 180 times per hour. In Paris, France, it was 110 times per hour. In Gainesville, Florida, 2 times per hour. And in London, England, 0 times per hour.2

We Americans aren’t known as a country of huggers, and with all the media reports of child abuse and sexual misconduct, we have backed away from touch even more. We need to realize, however, that avoiding healthy, appropriate meaningful touch sacrifices physical and emotional health in our lives and the lives of our loved ones.

If we want to be people who give the Blessing to others, one thing is clear. Just like Isaac, Jacob, Jesus, and even the professor, we must include appropriate meaningful touch in our contacts with loved ones.

Meaningful touch is meaningful. It is healing. It can even be cathartic. Have you had that experience? Let’s pray today about reaching out in a kind, appropriate way to those who need the blessing. Come share your thoughts on how appropriate touch has been healing in your own life. We want to hear from you!