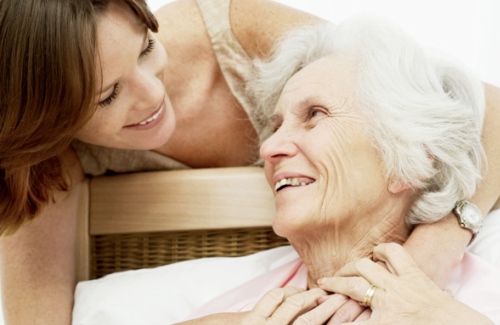 So, today I’ve been thinking about the gift of touch. It is probably because it’s a cold morning, and I’m sitting here by the fireplace, wishing someone else were sitting here with me rubbing my freezing feet. My heart warms up at the mere thought of physical touch. It makes me happy to hold the hand of someone I love or hug someone I like or scoot up next to a friend and drape an arm across her shoulders when we’re praying together. There’s just something about physical affection that sweetens the bond of relationship. It’s kind of like the sugar and cream I liberally splash in my coffee—I think they enhance the flavor of something that was already pretty good. Of course, some java addicts prefer their coffee black. They actually think it tastes better without the added calories. And there are certainly those who prefer their relationships without touch too—who think life should be a noncontact sport.

One of them used to attend a Bible study I taught in Nashville. (For the sake of her anonymity, I won’t use her real name. But for the sake of amusement, I’ll call her “Fridgeeta.”) The attendance in this particular Bible study usually hovered around sixty or so women, and we got together every week for several hours for five years. That meant we shared a whole lot of life together. We walked through marriages and births and miscarriages and divorces. Sometimes we laughed until tears streamed down our faces and sometimes we cried until it seemed we didn’t have any tears left. We became very authentic and comfortable with each other, a pretty closeknit kind of family.

Therefore, a year or so into this girlfriends-who-love-God journey, I thought it would be a good idea to begin each session by standing up as a group and turning in one direction and rubbing the shoulders of whoever happened to be sitting beside us that morning. I thought a brief, communal massage could help get out the kinks of stress and distraction before we sat back down and tried to focus on God’s Word and how it applied to our sometimes difficult lives. Judging by the oohs and aahs and exclamations of “rub a little more to the left” in the room, it worked. Well, it worked for everybody except Fridgeeta, who harrumphed her way through the rubbing routine and ultimately began showing up ten or fifteen minutes late so she could avoid it altogether. Soon enough, she made an appointment with me to officially express her disapproval.

I can still remember the way she sat down with a bit of a huff in my office, then crossed her arms and pursed her lips before launching into why she thought it was completely inappropriate for grown women to “grope” each other. She went on to complain that she wasn’t a demonstrative person and didn’t feel comfortable having other people squeeze her shoulders, especially in church. She finished with an indignant flourish, saying, “If I want a massage, I’ll make an appointment with a professional and pay for it!”

Although I tend to speak first and think later, I found myself pausing for several long moments before responding. What I really wanted to do was gather her walled-off little self into a bear hug and squeeze until she stopped squirming.

Instead, I said, “Maybe it would help if I explained the method behind what comes across as madness to you.” I told Fridge that I meet women on a weekly basis who receive very little, if any, healthy physical touch. Some of the manicured, perfectly coiffed women who occupy pews every Sunday in our congregation have been victims of physical abuse by their husbands or sexual abuse by someone they knew when they were growing up. For most of us, rubbing a friend’s shoulders is no big deal, not even a blip on our daily radar. However, for a woman whose private experience with physicality has been a closed fist or an unwanted violation, having someone safe touch her with a hand that means her well can be deeply comforting. Even healing, like offering a sip of cool water to someone who’s dying of thirst in the desert.

Furthermore, I told Fridgie, “God wired us for touch.” Medical studies have proven that physical touch boosts our immune systems, improves our psychological states, and can literally save lives.

Historical documents reveal a crude and cruel thirteenth-century study in which Frederick II, the reigning German emperor, wondered what language children would speak if they were never spoken to. So he selected several newborns in an orphanage and instructed nurses to feed them, but not to talk to them or touch them. Every single one of those babies died. Dr. Fritz Talbot conducted a more scientific study regarding the effects of touch on babies in the 1940s and established a conclusive connection between touch and an infant’s ability to thrive.

Additional data gathered from orphanages proves a distinct correlation between holding, cuddling with, and carrying infants, and their survival rates. Obviously, from the moment we’re first plopped on this spinning orb called Earth, we need a loving, literal connection with someone else who’s wearing a suit of skin too.

I concluded my defense by carefully explaining that the Gospels describe Jesus Himself as a toucher. There are multiple cases in which our Savior reached out and embraced people when a simple nod or quick handshake would have sufficed.

He intentionally used tactile methods—hugging a leper, placing His hands on a crippled woman’s spine—in most of His healing miracles. When the disciples tried to keep little children from interacting with Jesus (like most kids, they probably had sticky hands and dirty knees and, therefore, the disciples thought they were too messy to interact with the Messiah), the Lamb of God beckoned them to pile onto His lap (Mark 10:13–16).

And the defining moment of the apostle John’s life was when Jesus allowed him to lean back against His chest during the last meal they shared together (John 21:20). In short, I told my skittish friend, our Savior was a master masseur.

The following week, Fridgeeta sheepishly showed up on time and submitted to being loved on. It took months for her to loosen up, but eventually she got to where she’d almost purr if you rubbed her shoulders in just the right spot!

Jesus’s gift of touch provides healing connection and can warm even the coldest heart.

Jesus modeled the restorative effects of touch two thousand years ago. He typically used His hands to heal. In what ways  can you be the hands of Jesus and show the gift of touch this week to someone who many need your love and compassion? You’re invited to leave your comments below – we’d love to hear from you! 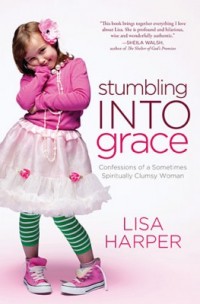 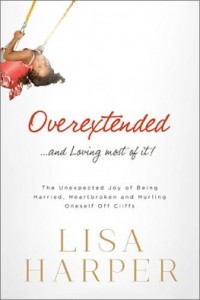