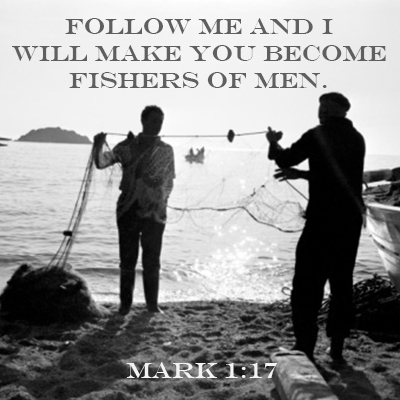 Some time elapsed between Matthew 4:12 and Matthew 4:13. Jesus’ stay in Nazareth ended abruptly when He was violently rejected by the people of Nazareth, who tried to murder Him (see Luke 4:16–30).

MT — and dwelt in Capernaum, which is by the sea,

He settled in this important town on the trade route at the north end of the Sea of Galilee. Capernaum was the home of Peter and Andrew, James and John, and Matthew (Matthew 9:9). A comparison of the gospels reveals that Christ had already ministered extensively in Capernaum.

“Galilee of the Gentiles”. This name was used even in Isaiah’s time because Galilee lay on the route through which all Gentiles passed in and out of Israel. In Jesus’ time, the region of Galilee had become an important center of Roman occupation. The prophecy cited by Matthew is from Isaiah 9:1–2. See also Isaiah 42:6–7.

from that time Jesus began to preach and to say,

This marks the beginning of His public ministry. Note that His message was an exact echo of what John the Baptist preached.

“repent, for the kingdom of heaven is at hand.”

The opening word of this first sermon sets the tone for Jesus’ entire earthly ministry (Luke 5:32). Repentance was a constant motif in all His public preaching. And in His closing charge to the apostles, He commanded them to preach repentance as well (Luke 24:47).

And Jesus, walking by the Sea of Galilee,

Also known as the Sea of Chinnereth (Numbers 34:11), the Lake of Gennesaret (Luke 5:1), and the Sea of Tiberias (John 6:1). A large, freshwater lake about thirteen miles long and seven miles wide, and about 690 ft. below sea level (making it the lowest body of freshwater on earth), the Sea of Galilee was home to a thriving fishing industry.

Jesus had encountered Simon Peter and Andrew before, near Bethabara, in the Jordan region, where Andrew (and perhaps Peter as well) had become a disciple of John the Baptist (John 1:35–42). They left John to follow Jesus for a time before returning to fishing in Capernaum. (Possibly, they had returned to their fishing business after John’s arrest (Mark 1:14). Perhaps they had returned to Capernaum during Jesus’ earlier ministry here. In any case they had already met and spent time with Jesus (Matthew 4:18) but were here called to follow Him permanently.

casting a net into the sea; for they were fishermen.

A rope forming a circle about nine feet in diameter with a net attached. It could be thrown by hand into the water, then hauled in by means of the length of weighted rope attached to it.

“…and I will make you become fishers of men.”

Evangelism was the primary purpose for which Jesus called the apostles, and it remains the central mission for His people (Matthew 28:19-20; Acts 1:8).

They immediately left their nets and followed Him.

When He had gone a little farther from there,

MT — He saw two other brothers, James the son of Zebedee, and John his brother, in the boat with Zebedee their father, mending their nets.

The second set of fishermen brothers called by Jesus. Their mother and Jesus’ mother may have been sisters (Mark 15:40; Matthew 27:55-56 with John 19:25). If so, they were Jesus’ cousins. James the son of Zebedee is easy to distinguish from the other men named James in the New Testament, because he is never mentioned in Scripture apart from his brother John. His martyrdom by Herod Agrippa I marked the beginning of a time of severe persecution in the early church (Acts 12:2).

MK — And immediately He called them, and they left their father Zebedee in the boat with the hired servants, and went after Him.

This indicates that Zebedee’s fishing business was a prosperous one and that he was a man of importance (John 18:15).

Watch the Video for One Perfect Life

Can you imagine Peter, Andrew, James, and John leaving their homes, jobs, families, and their entire lives to follow Jesus? What must have those conversations have been like? Come tell us your thoughts on our blog! We would love to hear from you about Jesus’ first disciples! ~ Devotionals Daily 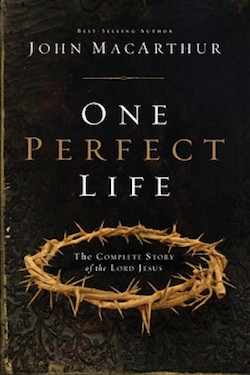