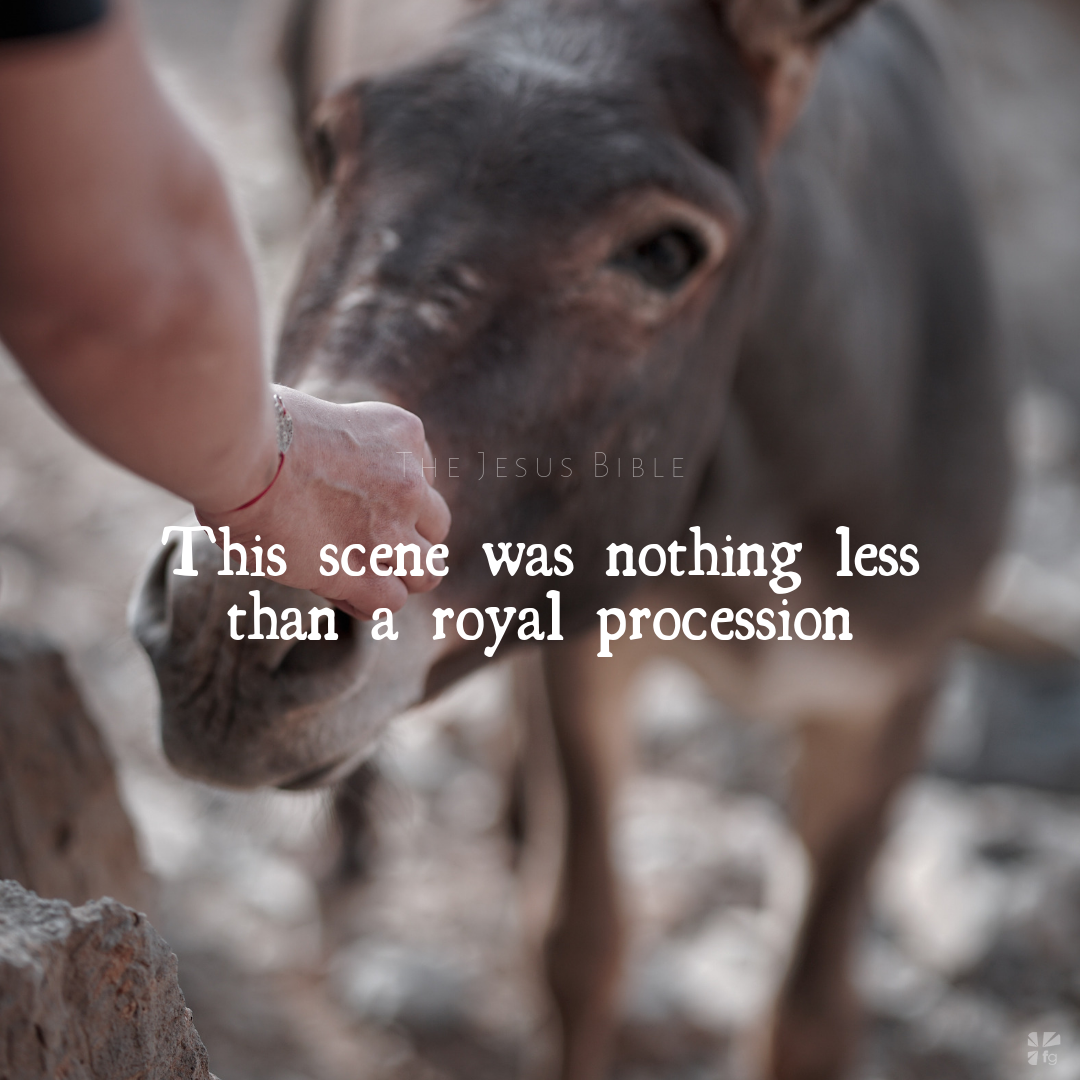 Jesus’ coming to Jerusalem riding on a donkey, to the accolades and praise of the gathered crowd, fulfilled the Old Testament prophecies of Jesus as King. Isaiah 62:11 calls for “Daughter of Zion” to watch for this King, and Zechariah 9:9 depicts the King “lowly and riding on a donkey, on a colt, the foal of a donkey.”

While most royal processions feature incredible extravagance, Jesus humbly entered town on a simple donkey. While horses were ridden during times of war, rulers rode donkeys during times of peace as a sign of humility toward the people (1 Kings 1:38-40). Here, Jesus exemplified the peaceful return of a king to Jerusalem. By riding on a donkey, He showed that He came to bring grace and not judgement. Also, it is significant that Jesus rode a colt, which is a young and untrained donkey. Normally, it would be incredibly difficult for someone to ride an unbroken animal through a crowded and chaotic scene with an unfamiliar burden on its back. But this was Jesus, Creator of the world!

This scene was nothing less than a royal procession (2 Kings 9:13), yet up until this point, Jesus had consistently avoided such displays (Matthew 8:4, Matthew 9:30, Matthew 12:16). However, He was now ready to present Himself publicly as the Messiah and King. This was Jesus’ last trip to Jerusalem, and He chose to enter in such a way as to leave no doubt that He was the promised Messiah who had come to save the nation. No one in the city could possibly miss the procession or the prophecy-fulfilling reference Jesus’ entry conveyed.

Excerpted with permission from The Jesus Bible, copyright Zondervan.

The crowds that went ahead of Him and those that followed shouted, “Hosanna to the Son of David! Blessed is He who comes in the name of the Lord! Hosanna in the highest heaven!” — Matthew 21:9