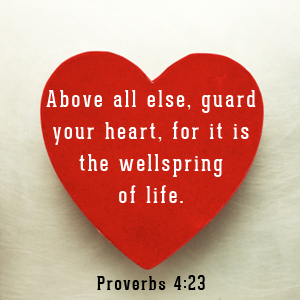 Dear Jesus, please give me the wisdom to tell the difference between broken people and biting people. —  Lisa Harper

There is nothing more ugly than a Christian orthodoxy without understanding or without compassion. — Francis A. Schaeffer

So, I’ve been thinking about dangerous things.

Late one Sunday afternoon last summer, I was unloading luggage from a weekend trip. I’d just flopped my big suitcase on the bed when I thought, I’d better go to the restroom before I go back out to the car or I’m going to bust a kidney. Moments later, I was washing my hands and noticed movement out of the corner of my eye in the doorway between the bathroom and my bedroom.

I glanced over and screamed bloody murder because there was a giant serpent (only a slight exaggeration), reared up, and striking at me.

I backed up, still screaming, and quickly realized I was trapped in my own bathroom. The snake was not only raised up about two feet in the air and lunging at me, he was also blocking my exit.

I’ve been in several car accidents, have literally swum with sharks off the coast of Belize, and have to stand on a scale in the doctor’s office at least once a year, yet never have I felt such sheer panic. I was breathing short, desperate breaths. I could feel the blood pounding in my ears. It felt as if a band was tightening around my chest.

I cried, “Jesus, help me!” aloud several times and tried to control my racing mind. But before I could calm down, the snake started slithering toward me, and so I sort of panicked and snatched a plunger from under the sink and started trying to joust him away. The nightmare became darker when he sank his fangs into the black rubber. I screamed again and slung his writhing body back to the doorway. While he lay there stunned, I jerked open the linen closet and grabbed the biggest beach towel I could find and threw it on top of him and vaulted over the wriggling pink wad like an Olympic hurdler.

Then I raced out of the house. I collapsed weakly on the back steps and pondered my next move. I thought, I don’t have a boyfriend or any male relatives living in Tennessee, and I don’t think this merits a 911 call.

And like the idiot who opens the closet door where the ax-wielding lunatic is hiding in horror movies, I walked back into the house.

When I got to my bedroom, I could see the shape of the snake still beneath the towel, so I found an old softball bat (which I’ve kept hidden in a corner closet for years just in case I needed it to whack an intruder) and began to pummel the towel. I figured my mahogany floors are supposed to look old anyway, and a few bat dings would only make their appearance more weathered.

After at least twenty hearty wallops, the lump stopped wiggling. Thinking the serpent had surely expired, I flipped up the edge of the towel with the handle of the bat and then fell back on my bottom when that beady-eyed monster jumped out and tried to bite me again! Suffice it to say, I was still pretty quivery an hour later after my contractor heroically captured the beast in a white bucket and chopped him in half with a shovel in the backyard.

Ken reasoned it had probably crawled up through the rock chimney from under the house to escape from the extreme summer temperatures and assured me it was not poisonous. Then he explained the reason it was so aggressive — I had unwittingly stepped on it with my platform shoes when I first entered the bathroom (I like high heels because of the elongating effect), as evidenced by the big, flat footprint on its back. He said the snake was just protecting itself from being stomped again or, worse still, plunged by a big, shrieking human.

However, I didn’t feel bad about scaring that snake and didn’t shed one tear during its dissection either.

I don’t like things with fangs anywhere near me.

Jesus encourages us to watch out for the snakes in our stories too.

Jesus was born in the town of Bethlehem in Judea during the time when Herod was king. When Jesus was born, some wise men from the east came to Jerusalem. They asked, “Where is the baby who was born to be the king of the Jews? We saw his star in the east and have come to worship him.”

When King Herod heard this, he was troubled, as well as all the people in Jerusalem. Herod called a meeting of all the leading priests and teachers of the law and asked them where the Christ would be born. They answered, “In the town of Bethlehem in Judea. The prophet wrote about this in the Scriptures: ‘But you, Bethlehem, in the land of Judah, are important among the tribes of Judah. A ruler will come from you who will be like a shepherd for my people Israel.’”

Then Herod had a secret meeting with the wise men and learned from them the exact time they first saw the star. He sent the wise men to Bethlehem, saying,

“Look carefully for the child. When you find him, come tell me so I can worship him too.”

After the wise men heard the king, they left. The star that they had seen in the east went before them until it stopped above the place where the child was. When the wise men saw the star, they were filled with joy. They came to the house where the child was and saw him with his mother, Mary, and they bowed down and worshiped him. They opened their gifts and gave him treasures of gold, frankincense, and myrrh. But God warned the wise men in a dream not to go back to Herod, so they returned to their own country by a different way. (Matthew 2:1–12)

The birth narrative of Jesus is arguably the most beloved story of all time. Many of us have warm memories of hearing this passage read aloud during a candlelight Christmas Eve service or watching it depicted on stage during an Advent play, complete with little boys in bedazzled bathrobes acting out the parts of the wise men. People who don’t even subscribe to the Christian faith appreciate this tale, and while they may question its veracity, they often still incorporate it into their holiday traditions. Along with eggnog, mistletoe, and Bing Crosby songs, the familiar characters of the Christmas story — Mary, Joseph, Baby Jesus, shepherds, and wise men — connect with a sweet, tender spot in our hearts.

But there are a few stinkers to beware of in this story too — a couple of snakes that were slithering through that nostalgic winter garden.

The viper with the loudest rattle is obviously Herod, the top dog of Judah. Herod was an ethnic Oreo; he was half-Jewish, therefore he was familiar with the Old Testament prophecies about Jesus, and he was half-Edomite, which was a tribe of people vehemently opposed to God and the coming Messiah. On top of his divided DNA, Herod was also infected with extreme anxiety. In fact, he was so paranoid about losing his power that he had his own wife and sons murdered to eradicate the possibility that they would usurp his throne. In light of his ruthless and suspicious nature, it’s no wonder he was determined to kill the infant King the magi had come to worship.

Herod was determined to destroy the Son of God.

The less poisonous-looking reptiles in this story are the leading priests and teachers of the law, the Sadducees and Pharisees. These two groups of religious leaders were usually on opposite sides of the fence. But in the case of Christ, they formed an equally hostile union. I can only imagine how frantic their behind-the-scenes negotiations were while they were waiting to address the king. I’m sure they haggled over who to appoint as their spokesperson and exactly how to answer Herod’s question about the arrival of Immanuel, “God with us.”

Evidently, they couldn’t agree on a single representative, because Matthew reported that they gave a group response. “They answered: ‘In the town of Bethlehem in Judea. The prophet wrote about this in the Scriptures: “But you, Bethlehem, in the land of Judah, are not just an insignificant village in Judah. A ruler will come from you who will be like a shepherd for my people Israel”” (Matthew 2:5-6; emphasis added). I bet their beady eyes were darting around nervously the entire time they were reciting from Micah’s prophecy, because they had knowingly left out the punch line — the part that would have made Herod hopping mad: “At that time the ruler of Israel will stand and take care of his people with the Lord’s strength and with the power of the name of the Lord his God. The Israelites will live in safety, because his greatness will reach all over the earth” (Micah 5:4).

They cut and pasted God’s Word because, just like egomaniacal Herod, they were scrambling to retain power, to protect their own best interests. They didn’t want to give up their tenured positions and tax-exempt statuses. So, much like playground bullies grasping arms to form an unbreakable Red-Rover bond, the Pharisees and Sadducees formed an evil alliance to defeat the only begotten Son of God. They conspired against the very One who signed their paychecks.

Even though they made a living by looking spiritual, these ancient Sunday school teachers had no real love for God or His people. Every time they opened their mouths, you could hear the audible hiss of deception.

Herod was out to destroy, and the religious leaders were out to deceive. Both behaviors are deadly. Both were active in trying to kill the “God with us” part of Christmas.

I was visiting with a friend in her backyard last summer, enjoying sweet tea and casual conversation with her and her four-year-old daughter, Bella, when one of her rambunctious sons came racing up with a garter snake he had found lurking by the hydrangeas. He gleefully held the wriggling creature out toward his sister and proclaimed mischievously, “I got you a present!”

Bella coolly appraised the situation for a moment then replied confidently, “I do not want to play with him.”

I’ve been praying for that same kind of discernment lately.

I want to recognize the dangerous, potentially biting characters in my story: the people who create constant emotional debris with their destructive personalities or who refuse to shed the skin of deception, the ones who threaten the God-with-me peace in my life.

I’m learning to keep my distance and to pray for snakes, but not make a habit of getting down in the dirt to play with them.

Dear Jesus, please give me the wisdom to tell the difference between broken people and biting people. Help me learn who to approach and who to avoid, to know when to step toward and when to step back. amen.

Have the “snakes in your story” been mostly family members or not related to you? What kind of venom — verbal, physical, emotional — has been the most painful for you in the past? Read Psalm 139:13–14 and Proverbs 4:23. How is our divine description in Psalm 139 related to the active command in Proverbs 4? Read Luke 6:27–36 and 2 Corinthians 6:14–16. How would you describe the difference between loving your enemies/abusers and allowing yourself to become a victim of your enemies/abusers? Finish this sentence: I’ve been thinking about handling human snakes in a way that honors you, Jesus, and…

Please join the conversation on our blog! We would love to hear your responses! ~ Devotionals Daily 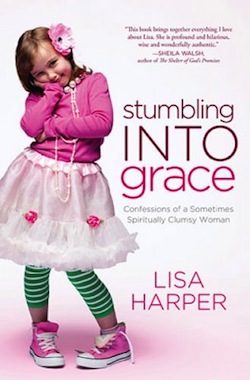