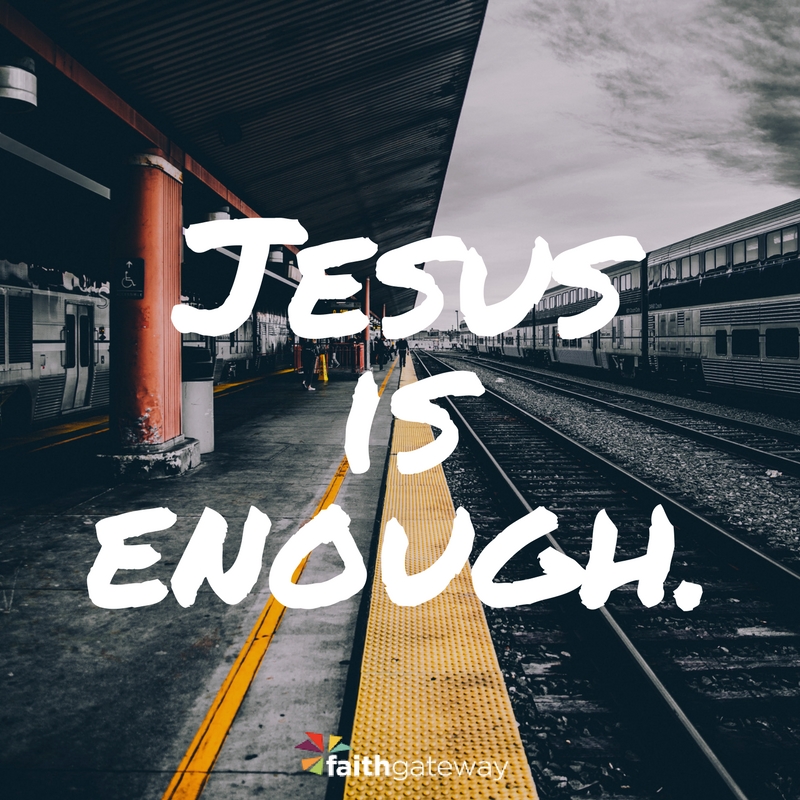 Many stories in this book are about people successfully overcoming obstacles as part of their comeback process. A person goes from hurting to healed, from addicted to free, from sorrow to joy, from loss to gain. These stories are powerful and encouraging. We rejoice with what has been healed or set free or overcome.

But what do you do when you can’t come back?

Hold on to that question in all its difficulty while I tell you about Courtney. She’s in her early thirties, a smart, creative, beautiful, and talented mom of three young kids. She’s friends with both Shelley and me, and she’s part of our church in Atlanta. Courtney’s story is the story of a comeback that can’t happen.

Courtney and her husband, Andrew, were friends in elementary school, then high school sweethearts, and married before they were both twenty years old. Courtney’s dream was that Andrew and she would always be together, always be in love. They would even die together in their sleep when they were both ninety-nine years old.

Andrew was a godly man, a great husband and father, and a worship leader at a nearby church. A few years back, on the day before Thanksgiving, Andrew walked out the door to do what he loved to do: take a long ride on his bicycle. Andrew was a serious cyclist and on that day he planned to take a seventy-mile ride. He said good-bye to his wife and kids and left, just as he had done so many times before. Courtney assumed she’d see him again in a couple hours, same as usual. But then the phone rang.

It proved to be one of those calls you never want to receive. One of those radically life-altering, rip-your-soul-apart calls — the type of call that blindsides you with the worst possible news. There’d been an accident, and Courtney needed to come to the hospital immediately. Andrew had been struck by a bus. His situation was critical, and time was of the essence. Courtney hurriedly gathered her children and sped to the hospital.

While she was in her car on the way there, the phone rang again. This call contained the words that shattered her heart.

Courtney walked into the hospital a widow. She could hardly begin to make sense of her new reality. Andrew was never coming back.

The next few days were a blur. Courtney had Andrew’s body taken to Arkansas, where they were from, and she buried the love of her life. After the memorial service, she stood looking down at the grave. Wave after wave of grief washed over her. It was too difficult even to move. A few weeks later, over Christmas, Courtney visited Andrew’s grave. When she walked back to the car, she remembered specifically praying a desperate prayer: God, You’ve got to help me. I just left half of me in that grave, and I need breath in my lungs if I’m going to make it.

Hold that story there for a moment and ask yourself what kind of comeback story Courtney would ever have. Wrestle with the tension and difficulty of that question. Her husband was never going to return to her. Andrew wasn’t going to come to life again on earth. A huge piece of her life was forever shattered. That was never going to change.

Sure, you could say that her emotions would heal someday, her grief would eventually subside, her life would continue — and that’s a kind of comeback.

But in those moments of agonizing grief, when Courtney felt like half her life was buried in the ground, when she had to consciously remember to breathe because she couldn’t unless she told herself to, when she ached with every fiber of her being… what then?

What kind of comeback can you have when you can’t have a comeback?

I don’t want to answer for Courtney. I know that at intense times such as hers, it’s all too easy for friends to offer well-meaning condolences that only sound hollow. I’ve never been in the position Courtney was, where a spouse is lost. I can’t imagine what I’d do without Shelley in my life. I know that I’ve experienced times of intense pain, times with my dad and mom near the end of their lives, times when I felt so wrecked I had no idea how to move forward. But I can’t fully put myself in Courtney’s shoes.

And I can’t put myself in your shoes either, with whatever deep grief you may be experiencing.

After that desperate prayer walking away from the cemetery that winter day, Courtney returned to Atlanta and walked straight into a Passion conference. She’d been invited by someone in our church who felt led to reach out to her even though they had never met. At that point, I didn’t know Courtney, and I’d never known Andrew, although I knew of his passing. His accident had made the news, and I’m a cyclist, so I followed his story closely because all cyclists grieve when there is an incident like his. I didn’t know Courtney had come to the conference. She told me later how she felt completely lost when she got there, how she sat down among sixty thousand people, and her desperate prayer that day was the same prayer she’d prayed by the graveside a few days earlier: God, I don’t feel like I can continue. You’ve got to give me breath.

That day I spoke in the opening session, sharing a message God had put on my heart for that moment in time. My message, interestingly, was from Ezekiel 37, about God’s breathing life back into dry bones. In the text, God brings new life to a place where no life existed.

God asks the prophet Ezekiel, “Can these bones live?” And Ezekiel wisely answers, “O Lord God, you know.” The implication is that Ezekiel trusts that God knows what He’s doing. God can take a stone-cold heart and put a living heart within us. God can give breath where there are only dry bones.

Sometime later, when I eventually met Courtney, she shared with me how hearing that message was a defining moment for her. She realized anew that God was with her in the midst of this raging storm, this dark night of the soul.

She knew that God was answering her prayer. God was going to give her breath.

More than two years have passed since the loss of her husband, and it’s true that Courtney’s life is never going to be the same. She will tell you that herself. Her life is never going to work out as she dreamed it would. She’s still living with intense grief, still missing her husband deeply, although she’s passed the stage of being numb. Her message is not that her husband has been restored to her. Her message is simply that she has found Jesus to be close to her in her journey.

And her message is that Jesus is enough.

That statement acknowledges there won’t always be happy endings to our comeback stories — at least not here on earth. Things break in this life and can’t always be repaired. Not every story has a happy conclusion on this side of eternity. We don’t understand the reasons God allows grief to come into our lives, but it does.

Still, within the journey, Jesus can become enough for us.

And that’s the strange sort of comeback that God’s Word offers. God can bring Courtney back from her deep loss in a way that only God can define, and the way God is going to bring her back is by being enough for her every day. And God can do the same for you.

I call this sustaining grace, a moment-by-moment grace. It’s the type of grace that God gives for each and every moment of intense grief, frustration, sorrow, agony, or pain. This type of grace is a tailor-made grace specially designed for each person. It does not transfer over, and it’s never repeated exactly the same way, and it’s not experienced the same from person to person.

This grace is specific. Timely. Personal.

This is the type of grace that God gives you when you get a phone call that changes your life forever. The shock of the blow hits you so hard, and your mind is a jumbled mess of questions. Where do I go now? What do I do? Who do I call? God gives you sustaining grace for that moment.

This is the type of grace that God gives you when you walk down a hospital corridor and know that behind the door is the body of the one you love. Nothing can prepare you for this moment. There’s no textbook for this. You have feelings of agony and shock that can’t be put into words, and God gives you a sustaining grace for that moment.

This is the type of grace that God gives you on the day you bury your spouse. You struggle to put one step in front of the other. You can hardly breathe. It feels like half of you has been buried in the grave. And God gives you sustaining grace for that moment.

Sometimes the comeback isn’t going to happen. The loss is permanent. The loved one is gone. The dream is burned to the ground. In those times God still gives us what we need: Him. Come share your thoughts with us on our blog. We want to hear from you about Jesus being enough. ~ Devotionals Daily