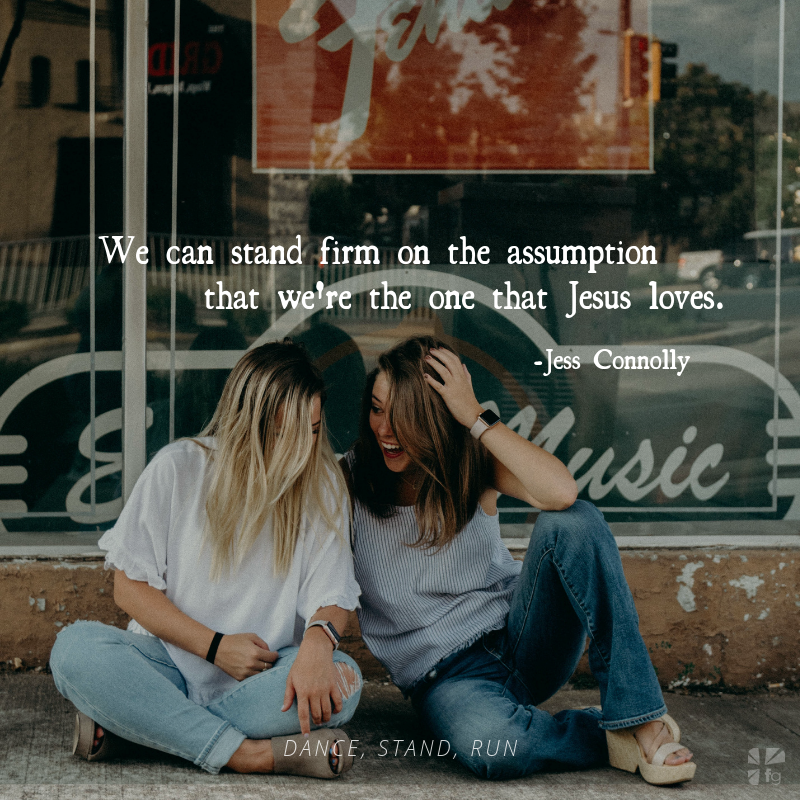 I’m Looking at You, John

My sister is the oldest of six grandchildren born to my maternal grandmother and grandfather, and she has a nickname for herself that has made us giggle for the last few years, mainly because it’s true. She started calling herself “#1” in high school, and was usually pretty quick to assert that not only was she the firstborn grandkid, she was also the favorite. I remember, when I was a teenager, basically wanting to kick her in the shins each time she said it, but it became hilarious when my Nana began to confirm it. In the last few years of her life, my Nana — who was the world’s actual sweetest and most loving woman — got honest and lucid and basically hilarious. One of the things she was quick to tell us? Yeah, Katie was her favorite. Once Katie even recorded it on an iPhone video and sent it to all the cousins.

John is basically telling us all here: “I’m #1.” Earlier in John chapter 13, when he’s retelling the story of the Last Supper, he’s quick to call himself “the one Jesus loved” (John 13:23) 6 and let us know that he was basically nestled up beside Jesus while everyone else was just sitting around like normal. And here, even after the resurrection, he’s doing the same thing. It’s him telling the story; he knows people will know he’s the one who wrote it, but he’s still just making sure everyone knows, “I’m the one Jesus loves! I’m #1!”

I don’t think John was Jesus’s favorite, but I think that when a disciple grasps how deep and wide and high the Father’s love is for them, they’re forever marked and they feel like surely they’re #1.

It changes you, to grasp the depth of what He will do to be in relationship with you. It shifts you, to see the might and power and glory of the triune God and then to be served by Him, like a friend. I’m not saying we should all walk around claiming to be Jesus’s favorite, but I think we can learn from the passion with which John believed God loved Him. Jesus didn’t just say it, He showed it, and once John experienced that up close, there was no convincing him that he was just one of the crowd to the King of Kings and the Lord of Lords.

As we pray, women of God, I cannot fathom what would happen if we approached God with the certainty that He loves us, and if we walked into mission with the conviction that we are a top priority to Him.

This is for every one of you who has been told you’re not that important or that you shouldn’t bother God with the small details of your life. This is for every one of you women who is convinced you’re #2 or #3 or #12 in your family. Jesus died for you that you might inherit the glorious riches of His marvelous light and walk in the truth that you’re an ambassador, sent to tell others He loves them just as much.

I think what we can learn from John is that while we don’t want to treat Jesus too casually, like He’s just another guy, we can treat Him with familiarity. We can lean up against Him. We can declare and rest in His love for us. We can stand firm on the assumption that we’re the one Jesus loves.

You are the one Jesus loves. If that doesn’t feel true, write it down where you will see it often. Stick it to the fridge. Look in the mirror and say, “I am the one Jesus loves.” Once we grasp how deep and wide and high the Father’s love is for us, we’re forever marked. Forever changed. Come share your thoughts with us on our blog! We want to hear from you! ~ Laurie McClure, Faith.Full