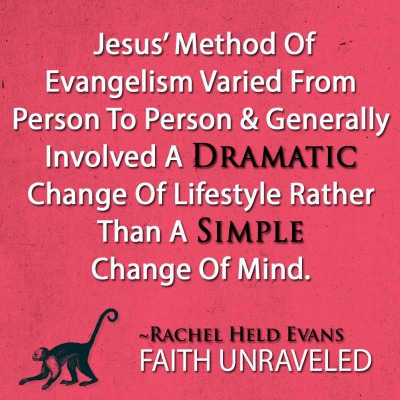 I decided to commit the summer of 2004 to reading through the Gospels. I remembered something my youth pastor used to say in His sermons. “We’re going to stop by the New Testament to see what Jesus has to say about this,” he would announce before citing chapter and verse, “because Jesus embodied all of God’s desires and passions and hopes and dreams, because Jesus was God in sandals.”

The incarnation gave God a Face.

It gave Him literal tears, literal laughter, literal hands, literal feet, a literal heart, and a literal mind. What the Spirit of God said and did while living among us in the person of Jesus must say a lot about what matters most to Him. So in spite of my doubts, or perhaps because of them, I decided to see if Jesus had the answer.

The most startling thing I noticed as I grew more acquainted with the Gospels was that Jesus had a very different view of faith than the one to which I was accustomed. I’m not sure when it happened, but sometime in my late teens or early twenties, it was as if Jesus packed His bags and moved from my heart into my head. He became an idea, a sort of theological mechanism by which salvation was attained.

I described Him in terms of atonement, logos, the object of my faith, and absolute truth. He was something I agreed to, not Someone I followed. Perhaps because I spent so much time as a student, I thought about faith in terms of believing the right things about Jesus.

Checking the right things off the list meant the difference between salvation and damnation. It was what separated Christians from non-Christians, or as I liked to say, believers from nonbelievers.

But Jesus rarely framed discipleship in terms of intellectual assent to a set of propositional statements. He didn’t walk new converts down the Romans Road or ask Peter to draft a doctrinal statement before giving him the keys to the kingdom. His method of evangelism varied from person to person and generally involved a dramatic change of lifestyle rather than a simple change of mind. To Jesus, “by faith alone” did not mean “by belief alone.”

To Jesus, faith was invariably linked to obedience.

Nowhere is this more evident than in the short parable He told at the conclusion of His Sermon on the Mount:

We used to sing a song about this in Sunday school that involved a lot of cool motions that showed exactly how the rains came down and the floods came up, how the wise man’s house stood firm, and how the foolish man’s house went splat!

Through the years, I heard about how the story represents the importance of building my house on the solid rock of a biblical worldview, about how the best way to protect my faith against the winds and rain of doubt is to build it with the concrete of absolute truth, the joists of inerrant Scripture, and the bearing walls of sound Christian doctrine.

And yet, in the words of Jesus, all those apologetics courses and theology books and debating techniques are just castles in the sand without a commitment to love my neighbor as myself.

I began to wonder if obedience – with or without answers – was the only thing that could save me from this storm.

Needless to say, that was a strange summer. It wasn’t the summer that brought an end to my doubt, but it was the summer I encountered a different Jesus, a Jesus who requires more from me than intellectual assent and emotional allegiance…

a Jesus who answered questions with more questions, and demands for proof with demands for faith; a Jesus who taught His followers to give without expecting anything in return, to love their enemies to the point of death, to live simply and without a lot of stuff, and to say what they mean and mean what they say; a Jesus who healed each person differently and saved each person differently; a Jesus who had no list of beliefs to check off, no doctrinal statement to sign, no surefire way to tell who was “in” and who was “out”; a Jesus who loved after being betrayed, healed after being hurt, and forgave while being nailed to a tree; a Jesus who asked His disciples to do the same.

Have you read the gospels to come face to Face with the Person of Jesus? What did you discover about Him that you didn’t know before? Come join the conversation on our blog! We would love to hear from you! ~ Devotionals Daily 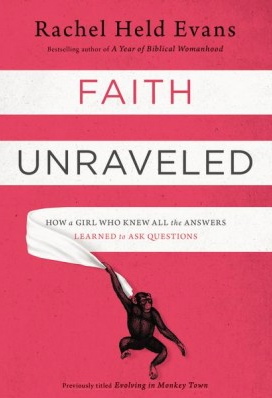