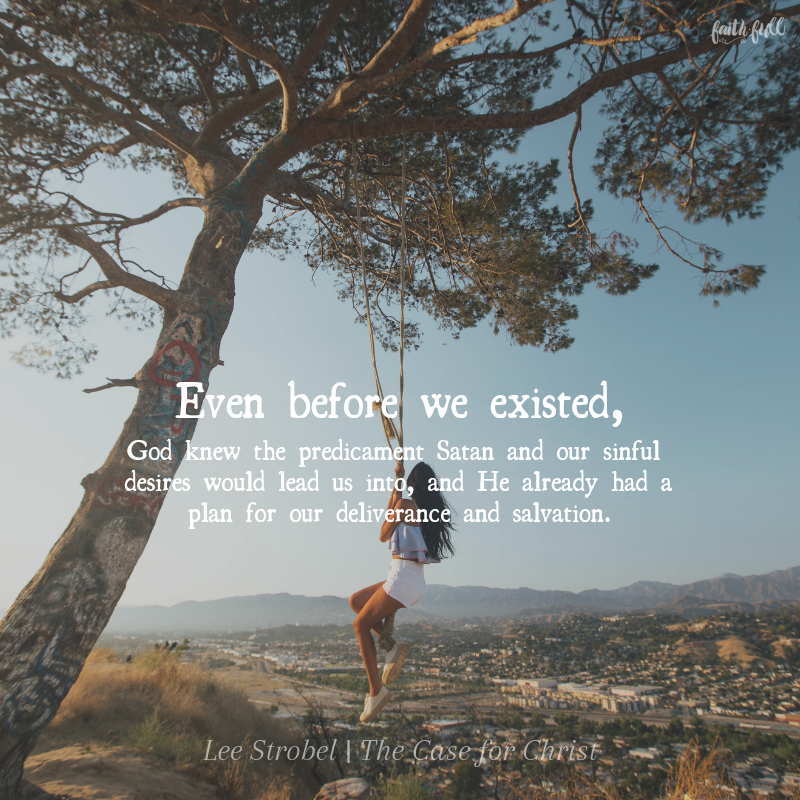 The Lord God said to the serpent, ‘Because you have done this,… I will put enmity between you and the woman, and between your offspring and hers; He will crush your head, and you will strike His heel.’ — Genesis 3:14-15

In the opening moments of the movie The Passion of the Christ, there was a scene that probably puzzled some viewers. It was when a snake slithered out from under Satan, who was standing near Jesus and taunting Him. The snake slid up in front of Jesus as He lay on the ground, praying to the Father.

It was a frightening scene for those watching the film. But Jesus barely seemed to notice the snake. That is, until He stood up and — without warning — stomped on its head!

What did this mean? It was an illustration of the prediction in the opening pages of the Bible, in Genesis 3:14-15. There God warned the serpent, soon after it had tempted Eve to disobey Him, that He would “put enmity between you and the woman, and between your offspring and hers; He will crush your head, and you will strike His heel.”

This is the first prophecy in the Bible about the coming Messiah. After Adam and Eve’s rebellion, God doled out punishments to those involved: first to the serpent, then to Eve, and finally to Adam. When God told the serpent that He would “put enmity” between the serpent and Eve, He was referring not only to their particular story but also to the story of all of humankind — a story plagued by Satan, the evil one.

Then the verse makes a subtle shift. It moves from discussing her “offspring” generally to a very specific “he” — the One who would crush Satan’s head. This points to Christ Himself, who would one day overcome and defeat Satan.

Yes, Satan succeeded in “striking Jesus’ heel” when Jesus was crucified. But it was only a heel wound because it was soon overcome by Jesus’ resurrection. Jesus, on the other hand, came to destroy the work of Satan and ultimately Satan himself — thus “crushing his head” in a way that would be fatal.

It’s encouraging to know that even before we existed, God knew the predicament Satan and our sinful desires would lead us into, and He already had a plan for our deliverance and salvation.

If God cares enough about us to make provision for our salvation after the first occasion of sin, then how much must He care about our daily lives and concerns today? Bring your concerns to Him; He cares for you.

Excerpted with permission from The Case for Christ Daily Moment of Truth by Lee Strobel and Mark Mittelberg, copyright Lee Strobel.

The Bible speaks of our Savior Jesus from cover to cover. It’s all about Him and how much He loves us. His plan is for our deliverance, for our restoration, and for relationship with us. What’s bogging you down today? Bring it to the God who loves you! Come share your comments with us on our blog. We want to hear from you! ~ Laurie McClure, Faith.Full