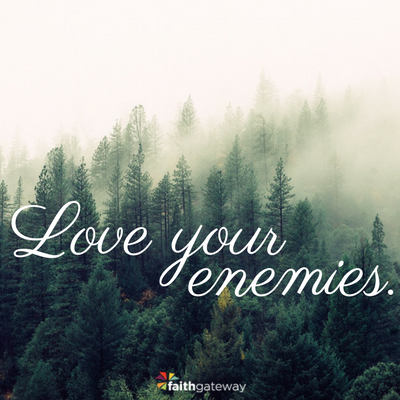 If I die, let me die, let him live.1 — From Jean Valjean’s song “Bring Him Home”

The physical climax to Les Misérables is street fighting based on an actual uprising that Hugo witnessed in June 1832. Some people believe the movie culminated in the French Revolution. No. That was a world-shaking revolution that took place from 1789 to 1794, complete with “Marie-Antoinette getting her head cut off; Madame Defarge knitting at the guillotine; and Napoléon somehow taking over at the end and cleaning up the mess,” according to author and French Revolution expert Susanne Alleyn.2

“Les Misérables,” she writes, “is, among many other things, about the legacy of the French Revolution. The uprising in the second half of Les Miz is no huge, nation-sized, world-shaking revolution like the 1789 biggie; it’s a relatively small Parisian insurrection, a couple of days of street riots.”3

The defiance against the royalist government was a reaction, writes Hugo, to “the three problems of the century — the degradation of man by the exploitation of his labor, the ruin of woman by starvation, and the atrophy of childhood by physical and spiritual night.”4 The violence was triggered by the death, from cholera, of a popular liberal politician and former Napoleonic general, Jean Maximilien Lamarque.

The uprising is a reminder of the passion that drives people to revolt. Among them: those who fought the Revolutionary War that led to the independence of the United States in 1776; those who seized power in the Russian Revolution in 1917 to establish the Soviet Union; and those who, during the 1950s and 1960s, joined what Martin Luther King Jr. called the “whirlwind of revolt” in the quest for equal rights for black Americans.5

Then, of course, there was Jesus, whom many today have relegated to a sort of “nice guy” and “cool teacher” status. Actually, He was far edgier than that. “Jesus was a total revolutionary,” writes Dave Burchett in When Bad Christians Happen to Good People. “He granted status to women where none existed in the culture. His views were strange and upsetting to those in power… In that period of history, women were viewed as property. Divorce was a no-fault procedure for the husband only… And infanticide of baby girls was common in the Roman and pagan cultures.”6

In addition, what made Jesus a revolutionary was His utter rejection of doing things the world’s way with eye-for-an-eye justice, punish-thy-enemy focus. He rejected religiosity based on rules and championed, instead, the idea that everyone is redeemable. He didn’t hang out in the royal palaces but with the riffraff, the ragamuffins, les misérables.

But what really made Jesus radical was the same thing that made the bishop of Digne radical. He was unlike others in His mercy and compassion. “Perhaps the most radical statement Jesus ever made is: ‘Be compassionate as your Father is compassionate,’” writes Nouwen.7

You want radical? Jesus didn’t only say love your neighbors, but love your enemies.

“God calls His children to a countercultural lifestyle of forgiveness in a world that demands an eye for an eye — and worse,” writes Brennan Manning.8

You want radical? Jesus said even looking at a woman lustfully is a form of adultery.

You want radical? Jesus asked the rich man to give it all up and come follow Him — just as Enjolras asks Marius to forget the trivialities of love and come join the revolution. “Citizen,” Enjolras tells his friend after placing his hand on his shoulder, “my mother is the Republic.”9

Jesus’ Father is His Republic.

You want radical? Jesus, in Luke 9:48, says kings and generals and landowners with power and money and prestige aren’t the greatest, but

he who is least among you all — he is the greatest.

Today our world worships athletes, entertainers, and others whose pride in themselves oozes with every sound bite.

Seek ye first the Kingdom of God, and His righteousness, and all these things shall be added unto you. — Matthew 6:33 KJV

Jesus’ words grind against the grain of popular thinking. “We find them the most revolutionary statement human ears ever listened to,” writes Chambers. Why? Because they defy the status quo.

“But I must live, I must make so much money; I must be clothed; I must be fed,” Chambers continues. “The greatest concern of our lives is not the kingdom of God, but how we are to fit ourselves to live. Jesus reverses the order: Get rightly related to God first, maintain that as the great care of your life, and never put the concern of your care on other things.”10

It means fighting against the mundanity of a material life. It means living not with follow-the-leader redundancy but with adventurous faith. It means eschewing a play-it-safe mentality for what Chambers calls “reckless joy,”11 the idea of following our hearts to where God leads, despite the cadence of the culture around us.

In short, it means revolutionary living.

Jesus was no “nice guy”. He was a revolutionary in every way but military. He upended the social norms. And, as believers, so should we! Come share your thoughts with us on our blog. We would love to hear from you about living counter-culture. ~ Devotionals Daily