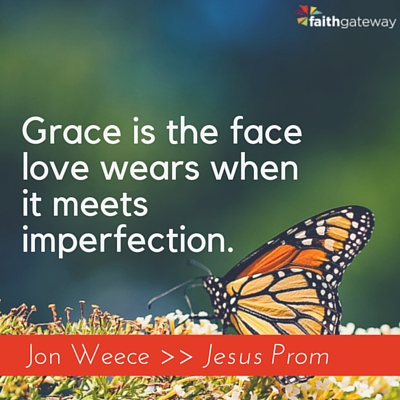 My cousin Kathy was born with Down syndrome.

Every year when our family would gather at my grandparents’ house in western Kansas, Kathy would set up all the birthday cards she had received the previous year on the kitchen table and explain why each one meant so much to her.

She also loved to show us the engagement ring that her “boyfriend” had given her. The wedding wasn’t scheduled for a specific date on the calendar; rather, each year she would tell us, “I’m getting married in fourteen years!” My two older brothers were going to be ushers. I was assigned the distinguished role of ring bearer. But as each year passed, I explained to her that if I had to wait fourteen more years, I might just be the oldest ring bearer in human history! Kathy would laugh and give me one of her signature hugs.

Hugging Kathy made me realize how beautiful life is.

Kathy added beauty to this life for forty-eight years. I miss hugging Kathy. It was a privilege. But what I really miss is Kathy hugging me. Someday you’ll get to experience a hug from Kathy. I can’t imagine Heaven would be complete without her welcoming people to the party. And that’s ultimately what this idea is about. A party. The party.

Where I’m from we call it Jesus Prom.

I wish I could remember my prom night. It was such a blur – a hurried mess of getting dressed, taking pictures, eating out, and hanging out – that I really don’t remember much of it. I guess it was too much like every other prom, so I’ve chosen to forget it. But I haven’t forgotten the second prom I went to. I will always remember it. And the reason I will always remember it is because all the people who were never invited to a high school prom were invited to this one. Beautiful people like my cousin Kathy. Beautiful people like my friend Jenny.

I pay the bills by standing on a stage each weekend and teaching thousands of people to love people. It’s a rewarding gig. Jenny sits on the front row each weekend, and after listening to me for ten minutes she usually gets up and goes to the bathroom. It’s also a very humbling gig.

During one of my talks Jenny stood up, but instead of walking to the back of the room where the bathrooms are located, she turned to the crowd and motioned for all of them to stand up too. Trust me, I hadn’t said anything profound. Jenny just felt led to give me a standing ovation.

She started to clap and cheer, and when no one else joined her, she turned around a second time and put both hands on her hips as if to say, I mean it, people! Get up off your lazy cans and give this man a round of applause!

Three seconds later I received a standing ovation from three thousand people. I thanked Jenny and she said,

“You’re welcome, Jon!” Then she stood on her chair, took a bow, and received a round of applause!

Jesus said, When you put on a luncheon or a banquet, don’t invite your friends, brothers, relatives, and rich neighbors. For they will invite you back, and that will be your only reward. Instead, invite the poor, the crippled, the lame, and the blind. – Luke 14:12-13

What is Jesus Prom?

We decided to throw a party for Jenny and her friends.

We invited tailors and seamstresses to make sure every article of clothing fit as though it had been custom-made for a runway in Paris. Whether they were wheelchair-bound, bent over, or missing a leg—who better to be adorned in the finest of clothing? We rolled out the red carpet and handed hundreds of disposable cameras to middle school students who played the role of the paparazzi. We hung disco balls and strobe lights, then put a live band onstage to cover the best Motown has to offer.

And as thousands of people poured in, something magical happened in the universe. A new normal was defined. A new flavor of love was showcased. A new picture of perfection was captured. If Jesus were anywhere on the planet that night, He would have been in that room on that dance floor cutting a rug with the first-class citizens of Lexington, Kentucky.

Someone more perceptive than I am once observed,

“Grace is the face love wears when it meets imperfection.” [tweet this]

The many people who have put up with me, not given up on me, included me, and helped me, have all looked at me through the lens of grace.

Prom night has changed how I look at people.

Prom night has changed how I look at myself.

Prom night has changed how I look at love.

Excerpted with permission from Jesus Prom: Life Gets Fun When You Love People Like God Does by Jon Weece, copyright Thomas Nelson.

Tell us how you love on people like Jesus! Share your stories with us on today’s blog. We’d love to hear from you!