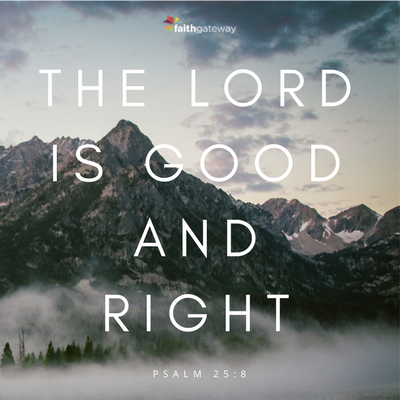 Martha sat in a damp world, cloudy, tearful. And Jesus sat in it with her.

I am the resurrection and the life. Those who believe in Me, even though they die like everyone else, will live again. — John 11:25 NLT

Hear those words in a Superman tone, if you like. Clark Kent descending from nowhere, ripping shirt and popping buttons to reveal the S beneath. “I AM the Resurrection and the Life!!!” Do you see a Savior with Terminator tenderness bypassing the tears of Martha and Mary and, in doing so, telling them and all grievers to buck up and trust?

I don’t. I don’t because of what Jesus does next.

He sits on the pew between Mary and Martha, puts an arm around each, and sobs. Among the three, a tsunami of sorrow is stirred; a monsoon of tears is released. Tears that reduce to streaks the watercolor conceptions of a cavalier Christ. Jesus weeps.

He weeps so we will know: Mourning is not disbelieving. Flooded eyes don’t represent a faithless heart. A person can enter a cemetery Jesus-certain of life after death and still have a Twin Tower crater in the heart. Christ did. He wept, and He knew He was ten minutes from seeing a living Lazarus!

And His tears give you permission to shed your own. Grief does not mean you don’t trust; it simply means you can’t stand the thought of another day without the Jacob or Lazarus of your life. If Jesus gave the love, He understands the tears. So grieve, but don’t grieve like those who don’t know the rest of this story.

Carlos Andres Baisdon-Niño lay down with his favorite Bible storybook. He began with the first chapter and turned every page until the end. When he finished, he blew his good-night kisses to Mami and Papi, to his three niñas, and then, as always, he blew one to Papa Dios. He closed his eyes, drifted off to sleep, and awoke in heaven.

When Tim and Betsa, his parents, and I met to plan the funeral, they wanted me to watch a video of Carlos. “You’ve got to see him dancing,” Tim told me. One look and I could see why. What little Carlos did to the rhythm of a Latin song can’t be described with words. He shook from top to bottom. His feet moved, his hands bounced, his head swayed. You got the impression that his heart rate had switched over to his native Colombian beat.

But then the video stopped, and so did the laughter. And this mom and dad resumed their slow walk through the valley of the shadow of death.

Are you passing through the same shadow? Is this book being held by the same hands that touched the cold face of a friend? And the eyes that fall upon this page, have they also fallen upon the breathless figure of a husband, wife, or child? Are you passing through the valley? If not, [these thoughts] may seem unnecessary. Feel free to move on — [they] will be here when you need [them].

If so, however, you know that the black bag of sorrow is hard to bear.

As silently as a cloud slides between you and the afternoon sun, memories drift between you and joy, leaving you in a chilly shadow. No warning. No notice. Just a whiff of the cologne he wore or a verse of the song she loved, and you are saying good-bye all over again.

Why won’t the sorrow leave you alone?

Because you buried more than a person. You buried some of yourself. Wasn’t it John Donne who said, “Any man’s death diminishes me”? It’s as if the human race resides on a huge trampoline. The movements of one can be felt by all. And the closer the relationship, the more profound the exit. When someone you love dies, it affects you…

It may be on the surface. It may be subterranean. It may be a flame. It may be a blowtorch. But anger lives in sorrow’s house. Anger at self. Anger at life. Anger at the military or the hospital or the highway system. But most of all, anger at God. Anger that takes the form of the three-letter question — why? Why him? Why her? Why now? Why us?

You and I both know I can’t answer that question. Only God knows the reasons behind His actions. But here is a key truth on which we can stand.

Our God is a good God.

God is a good God. We must begin here. Though we don’t understand His actions, we can trust His heart.

If you’re in the depths of loss and grief today, those words are for you — God is good. You can trust His heart. The story isn’t over yet. Come share your thoughts on grief with us today on our blog. We would love to hear your story. ~ Devotionals Daily