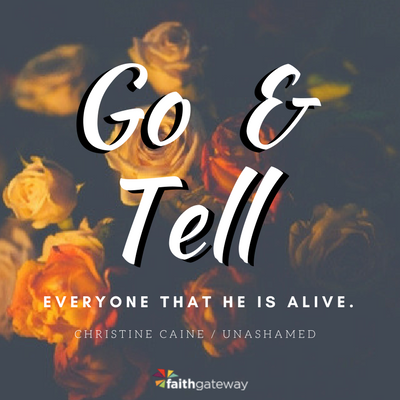 Jesus saw the woman caught in adultery as a beloved daughter, His creation, someone to be nurtured and enabled, someone for whom He was willing to die, someone for whom He had a vital purpose and destiny. He entered a male-dominated culture that devalued women, and to the consternation of the powerful men around Him, He talked to women, addressed their concerns, healed them, forgave them their sins, and treated them with respect.

Imagine the impact this had on women treated as slaves for so long!

Jesus engaged with women throughout His ministry.

At a time when Jewish men — and especially rabbis — had nothing to do with women in public, even their own wives, Jesus esteemed women, touched women, spoke to women, taught women, and as we saw in John 8, interceded for and protected women. He welcomed women to minister to Him. Physically touching Him, washing His feet, anointing Him with oil. Rather than rebuke them, as the Pharisees wanted, He affirmed them. And to top it all off, women ministered with Him. They traveled with Him and helped fund His ministry. In a seldom mentioned passage from Luke 8, just before the parable of the sower, Luke says:

After this, Jesus traveled about from one town and village to another, proclaiming the good news of the kingdom of God. The Twelve were with Him, and also some women who had been cured of evil spirits and diseases: Mary (called Magdalene) from whom seven demons had come out; Joanna the wife of Chuza, the manager of Herod’s household; Susanna; and many others. These women were helping to support them out of their own means. — Luke 8:1-3

Don’t miss the exciting implications of this quiet passage. Women — some of them married, and apparently some of them not — were not only traveling with Jesus and His disciples but also, grateful and joyful that they had been healed of their diseases or freed from demonic oppression, were supporting Jesus’ ministry from their own funds. That means, first, that they had their own funds, and second, that they had the freedom to dispose of those funds as they saw fit. In the male-controlled society those women lived in, that is nothing short of remarkable. We know from biblical accounts that even some of Jesus’ own disciples saw this as unseemly, even scandalous.

They were chosen to be the very first to bear the most powerful message in the history of mankind, the axis of our Christian faith, the event that makes Christianity Good News and not just good advice: “He is risen from the dead!”

In a time when a woman’s testimony was not valid in a Jewish court, when women were not permitted to be legal witnesses; in a time when there was no social media to capture the moment, Jesus entrusted women to be the very first ones to go and tell the disciples that Jesus was risen from the dead. And the disciples then went and told the world.

There’s a powerful understanding here: Jesus wanted women to go and tell. This was planned. This was intentional. He knew who would come looking. He did not expect women to be silent, hidden, withdrawn, or invisible.

As He had done numerous times prior to His death, He valued, esteemed, and included women. He entrusted the Good News to be delivered by women.

(Truthfully, I think He knew that if you wanted a message spread — back then or today — just tell a woman! In twenty-four hours, it will have gone viral!)

When I think about what Jesus did, and reflect on the serious assignment He gave those women, I feel like I’m one of them. Jesus lifted shame off me, and so today, I can’t help but want to go and tell everyone that He is alive. I want women everywhere to experience the same freedom I enjoy.

I believe you feel the same way, because once shame is lifted off you, you can’t keep this Good News to yourself. You want to be included in the Great Commission, filling every person’s life in your sphere of influence with His message of salvation and freedom. You want every woman to know that whoever believes in Him will never be put to shame (Romans 10:11). You aren’t able to hold yourself back from telling every woman all of the Good News…

Love is stronger than death (Romans 6:9).

Our needs can be met in Christ (Philippians 4:19).

Jesus has entrusted you and me purposefully to share this news with a lost and dying world — so let’s put off shame and put on Christ so that no one misses out on hearing it. Go and tell!

Are you sharing the Good News? During His ministry, Jesus changed the roles of women in society. He brought freedom! And now, we’re invited to join in sharing that freedom in every one of our spheres in influence. Let’s go and tell! Come join the conversation on or blog! We want to hear from you! ~ Devotionals Daily