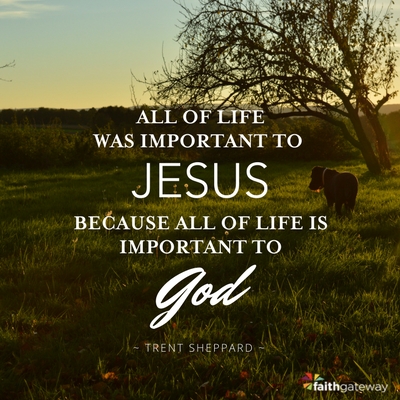 On their journey, Jesus came into a village. There was a woman there named Martha, who welcomed him. She had a sister named Mary, who sat at the Master’s feet and listened to His teaching. — Luke 10:38-39

Jesus’ twelve disciples were all men, but they were not His only disciples. The gospel of Luke, in particular, makes this point clear in two passages. The first comes in Luke 8:1-3, when the gospel writer explains that as Jesus was traveling through several villages and towns, ministering in each community, He and His twelve disciples were “accompanied by various women.”  Luke goes on to identify the various women:

Mary, who was called Magdalene, from whom seven demons had gone out, Joanna the wife of Chouza (Herod’s servant), and Susanna, and many others.

According to the gospel, not only were these women traveling with Jesus and the twelve disciples, which was already highly unusual, but apparently these women were also funding Jesus’ day-to-day ministry through their own resources. Luke wants us to understand that Jesus’ ministry, in its foundational stage, was uniquely dependent upon women.1

But Luke doesn’t leave the issue there.  Just two chapters later, he introduces a pair of sisters, Martha and Mary, who are hosting Jesus in their home. After explaining that Mary “sat at the master’s feet and listened to his teaching,” Luke continues with the story:

Martha was frantic with all the work in the kitchen. “Master,” she said, coming into where they were, “don’t You care that my sister has left me to do the work all by myself? Tell her to give me a hand!”  “Martha, Martha,” he replied, “you are fretting and fussing about so many things. Only one thing matters. Mary has chosen the best part, and it’s not going to be taken away from her.” — Luke 10:38-42

One of the most unusual parts of this story is how Martha speaks to Jesus. The tone she takes with Him is nearly one of reprimand, isn’t it? It’s as if Martha is scolding Jesus for the way He is interacting with her sister.

Can you hear the resentment and exasperation in her voice? “Master,” she said, “don’t You care?”

Martha, we should understand, like all of the earliest friends and followers of Jesus, was on a journey of discovering who Jesus was. For better or for worse, that meant Jesus’ friends were willing to be themselves with Him.

In Martha’s case, that meant being sassy.

Martha gets sassy with Jesus because Mary is defying a social norm by sitting at the master’s feet — a privilege reserved in that culture for men only — and, incredibly, Jesus is just letting it happen.

In the first century, to sit at the feet of a master-teacher implied a teacher-student relationship. Luke uses this expression to describe Paul’s apprenticeship with a famous Jewish teacher in Acts 22:3, when it says that Paul “studied at the feet of Gamaliel.”

By describing Mary and Jesus this way, Luke wants His first-century audience to understand something significant:

Mary has been welcomed by Jesus as a student, as a disciple, as an apprentice in His way of living.

“It is not difficult to imagine what is going through Martha’s mind,” explains Kenneth Bailey in his insightful study Jesus through Middle Eastern Eyes. “In all likelihood, she is thinking: This is disgraceful! What will happen to us! My sister has joined this band of men. What will the neighbors say? What will the family think? After this who will marry her? This is too much!”2  “Martha, Martha,” Jesus finally interrupts.  Don’t miss the warm tone of His voice here, the steady repetition of her name, as if to say, “Martha, I hear you. Martha, I understand. But, Martha, you are wrong.”

“You are fretting and fussing about so many things,” Jesus says. “Only one thing matters. Mary has chosen the best part, and it’s not going to be taken away from her.”

Jesus will simply not allow Martha to keep her sister, Mary, confined to the kitchen.

The Mary of this story is not the only Mary who followed Jesus. As it turns out, the name Mary appears fifty times in the gospel accounts alone. (It was a pretty popular name back then.) Eleven of those times refer to the Mary in our story, but fourteen of those references are about another Mary, the one who was “called Magdalene” (Luke 8:2).

Much has been made in recent years about Mary Magdalene’s relationship with Jesus. Bestselling novelist Dan Brown, for example, came up with an intriguing, conspiratorial story about how Jesus and Mary Magdalene had a secret child together (which, by the way, no serious historian believes).

The fact that Jesus chose this Mary as the first witness of His resurrection speaks volumes about the unique and important friendship they shared.

For their friendship to be special, for it to be unique, certainly does not mean we need to come up with a secret backstory about a hidden love affair. (Surely that’s more of a commentary on our society than it is on Jesus and Mary Magdalene.)

But it does raise some important questions:  Did Jesus experience physical attraction to others?  Did He ever wonder what it would be like to be married?  Did He feel the absence of an everyday close companion?  The gospel records simply do not tell us about that part of Jesus’ life, so all we can do is wonder.

{For what it’s worth, I think Jesus did experience physical attraction to others (why wouldn’t He?) and that others were attracted to Him too (why shouldn’t they have been?), but that being single was a spiritual discipline in His life because of His calling and vocation. So, if you are single, let Jesus’ single life encourage you, because He gets it.}

Dorothy Sayers (1893–1957) was a brilliant writer, poet, and playwright, and, like the two Marys in our gospel accounts, she was a devoted follower of Jesus.

In a collection of essays that Sayers wrote about the role of women in society, she addressed the unique way Jesus interacted with women:

A prophet and teacher who never nagged at them, never flattered or coaxed or patronized… who rebuked without (demeaning) and praised without condescension; who took their questions and arguments seriously; who never mapped out their sphere for them, never urged them to be feminine or jeered at them for being female; who had no axe to grind and no uneasy male dignity to defend.3 Perhaps it is no wonder that women were first at the Cradle and last at the Cross. They had never known a man like this Man — there has never been such another.

Pray. Ask that you, like Jesus, will have healthy friendships with women and men alike.

Practice. In the books you read, the messages you listen to, and the counsel you receive, make it a point to learn from both women and men.

Watch the Trailer for Jesus Journey

Jesus welcomes women into His circle of friends, disciples, and leaders He sent out into the world! Even in our culture, that thought sometimes gets swept by the wayside. What do you think about Jesus’ example of treating women and men as equals? Come share with us on our blog. We would love to hear from you! ~ Devotionals Daily