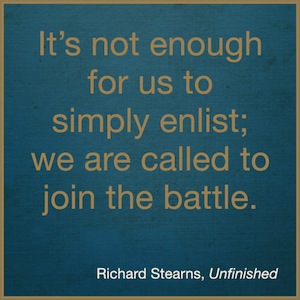 As He was going along by the Sea of Galilee, He saw Simon and Andrew, the brother of Simon, casting a net in the sea; for they were fishermen. And Jesus said to them, “Follow Me, and I will make you become fishers of men.” Immediately they left their nets and followed Him. — Mark 1:16–18

Rarely is the invitation to join God’s rescue mission as direct and overt as it was for me in 1998. At the time I was living my version of the American dream as the CEO of a prestigious company with four thousand people working for me, a huge salary, and all the perks. On the day I received this dramatic invitation from God, I certainly wasn’t thinking about changing the world or building His kingdom. I was mostly concerned with my own success.

Oh sure, I was a Christian. I was one of those deciders who had accepted Christ as my Savior while in graduate school. But I hadn’t really understood that Jesus had called me to enlist, to replace my agenda with His agenda, to repent, and follow Him.

The call was from an executive recruiter retained by the huge Christian relief and development organization World Vision to find their new president. World Vision, with its forty-five thousand staff members in almost one hundred countries, represents one of the astounding battalions in God’s kingdom advance. I was being offered the great privilege of a command post at the front lines of the battle.

There was only one problem: I didn’t want to join the battle.

I was enjoying civilian life far too much, and I didn’t want to drop what I was doing, quit my job, cut my pay, sell my house, move my family, and go to the front lines.

I had plenty of excuses too. I had five kids to put through college. My career was in high gear and promised some big financial rewards in the next few years. Besides, my identity was tied up in that job and that lifestyle. “I’d love to join you, Jesus, but it’s just not a good time; You understand.” Jesus understands quite clearly.

It’s always a matter of priorities: “No one can serve two masters. Either you will hate the one and love the other, or you will be devoted to the one and despise the other” (Matthew 6:24).

Although I lacked the immediate enthusiasm of Peter and Andrew, I ultimately did follow Jesus. We sold our house, pulled our kids out of school, moved across the country, and began what would become the greatest adventure of our lives. After saying yes to God, I experienced the satisfaction of joining God’s great mission, the wonder of discovering gifts and talents I had never before used, and the joy of feeling for the first time in my life that I was doing what I was created to do.

Prayer Father, please help me to always recognize Your voice and be willing to accept change that comes from You.

What are the biggest reasons we resist change – even change that God may be calling us to? Is God calling you to do something “outside the box” right now? Take a moment to ask God for His direction as you seek to join the battle. We would love to hear from you! Please leave your comments and thoughts on our blog. ~ Devotionals Daily 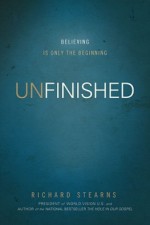 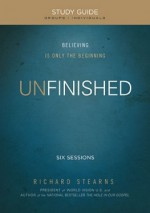