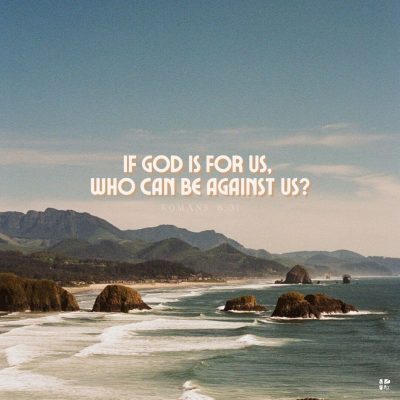 Although Joseph spent most of his life in Egypt, he represents Jewish manhood at its best . He had clean hands and a pure heart, yet he suffered considerably because of what others did to him. His father pampered him and his older brothers hated him and sold him as a slave. His master’s wife lied about him, and he was imprisoned and forgotten by everybody except God.

They bruised his feet with shackles, his neck was put in irons, wrote the psalmist. — Psalm 105:18

The Anglican Prayer Book version of 1877 reads, “The iron entered into his soul .” I have a feeling that Joseph experienced both kinds of suffering. What a man!

It has well been said that what life does to us depends on what life finds in us, and this truth is no better demonstrated than in the history of Joseph. Here we will focus primarily on Joseph, but to appreciate his response to what God permitted him to experience, we must take time to examine the responses of his father and his ten brothers.

THE BROTHERS: “WHAT IS GOD DOING TO US?”

Their actual response was, “What is this that God has done to us?” (Genesis 42:28), and they said it when one of them found his money for grain returned in his full grain sack. What a shock! Each man’s conscience was smiting him, and each man was afraid of what the Lord was going to do. Had they thought about the justice of the Lord when they sold Joseph, they never would have sinned as they did, but they were sure they could get away with it.

When they arrived home, they all found their money in their sacks; and then they had to tell their father that Simeon was being held hostage in Egypt. But the news got worse: the Egyptian lord would release Simeon only if they brought Benjamin along on their next trip. Joseph had learned from his dreams that all eleven brothers had to bow before him (Genesis 37:5-11), so he kept Simeon and demanded to see Benjamin.

The brothers’ evil conduct was catching up with them. They had hated Joseph and couldn’t speak to him without showing their hostility. Jacob, Joseph, and Benjamin had each other, but the ten older brothers made life miserable for Joseph. According to Genesis 50:15, they wronged him, treated him badly (Genesis 50:17), and intended to harm him (Genesis 50:20) . In spite of his tears and entreaties, they threw him into a pit, plotted to kill him, and then sold him — their own brother! — as a slave (Genesis 42:21-22).

In being cruel to Joseph they were also cruel to Jacob. They lied to him and told him that Joseph was dead, and they even manufactured “evidence” to convince their father they were telling the truth. Sir Walter Scott was right — “O what a tangled web we weave when first we practice to deceive.” Jacob didn’t see his beloved son Joseph for more than twenty years, and he grieved for his son, thinking he was dead. How wicked for those brothers to lay this fictitious burden of sorrow on their father in his old age! Yes, Jacob was being paid back for lying to his own father, but that doesn’t excuse the brothers for their lies and cruelty.

What was God doing? He was bringing them to the place of truth, repentance, confession, and forgiveness. God was using Joseph to deal with them in a wise and patient way.

JACOB — “GOD IS DOING NOTHING!”

Jacob didn’t say that God was doing nothing, but that’s the way he felt in his heart. What he said was,

and it certainly looked that way.

Consider his trials. There was a famine in the land, and his sons had to travel to Egypt for food to sustain the large family. Jacob thought his beloved son Joseph was dead, and now his son Simeon was being held hostage in Egypt. Even worse, the ruler of Egypt said he wouldn’t release Simeon until the brothers brought Benjamin with them on their next trip. Both Benjamin and Joseph were the only sons of Rachel, Jacob’s favorite wife, now deceased, and Jacob couldn’t bear losing both of them. No matter where he turned, Jacob faced painful problems and had to make difficult decisions. Where was the Lord?

Jacob was forgetting the promise God made to him long ago at Bethel.

I am with you and will watch over you wherever you go, and I will bring you back to this land. I will not leave you until I have done what I have promised you. — Genesis 28:15

When Jacob fled from Laban, God said to him,

Go back to the land of your fathers and to your relatives, and I will be with you. — Genesis 31:3

“I will not leave you” — that’s the negative. “I will be with you” — that’s the positive. And the night that he wrestled with the Lord, Jacob’s name was changed from Jacob to Israel. He had struggled with God and was now an overcomer, a prince with God. Surely his ever-present limp would remind him of this.

Let’s not be too hard on Jacob; after all, where would he get spiritual help in his family? Furthermore, you and I already know how the story ends, and that makes it easier for us to smile and quote Romans 8:28. “Jacob, don’t say that everything is working against you! God says it is all working for your good.” But Jacob didn’t know Romans 8:28, and he was a man with a broken heart. The next time our own world is shattered and we wonder if God really cares, maybe we’ll better understand how he felt.

JOSEPH — “WHAT GOD DID HE INTENDED FOR GOOD”

At least five times in Scripture we are told that “the Lord was with Joseph” (Genesis 39:2, Genesis 39:3, Genesis 39:21, Genesis 39:23, Acts 7:9), which means that God was in control of events so that everything would work out for the good of Joseph and his family and for the glory of God. It’s important to note that God worked everything together for good throughout the entire experience and not just at the end. Romans 8:28 doesn’t say, “And we know that God will work out everything for good in the end,” but that He is always at all times working things out for good, no matter how we feel or what we see.

The most important “good thing” that God was accomplishing was the preservation of the nation of Israel (Genesis 50:20), because through them, God would give the world the Word of God and the Son of God. Joseph was God’s chosen servant to shelter Israel and to save a lost world. God “sent a man before them” (Psalm 105:17).

What happened was good for Jacob and his sons. Surely Jacob realized that he was reaping the bitter fruit from some of the seeds of deception he had sown years before, and the brothers were finally brought to the place where their mouths were stopped and they had run out of lies and excuses. “What can we say to my lord?” said Judah . “What can we say?” (Genesis 44:16). Every mouth was silenced as the men (Benjamin excepted) stood guilty before the Lord and Joseph (Romans 3:19). It took twenty-two years for the brothers’ sins to find them out, and then Joseph forgave them and assured them of his love. A few years before, when Joseph’s first son was born, Joseph named him Manasseh — “forget” — which means Joseph was not holding any grudges or looking for ways to avenge himself . F . W . Robertson said, “The only revenge which is essentially Christian is that of retaliating by forgiveness.”

How could Joseph hate his brothers when he knew that God intended everything to produce good?

Perhaps Joseph himself was the recipient of more good than anybody else. Psalm 105:17 says that God sent “a man” before them, but Joseph was only a somewhat pampered seventeen-year-old boy when his brothers sold him. God gave him two dreams to sustain him, but dreams without disciplines become nightmares; so the Lord sent one discipline after another to form him and polish him.

Joseph knew the pain of family rejection, the humiliation of being sold as a slave, and the sorrow of separation from loved ones at home. He endured the demands of hard work in a foreign land, the temptations of the world, the helplessness of condemnation by false accusation, the misery and shame of imprisonment, and the seeming absurdity of the whole thing. But these experiences were used by God to turn a boy into a man and a servant into a rule. He was faithful over a few things, so God entrusted him with many things (Matthew 25:21) .

I have counted seven times in this narrative when Joseph wept. He wept and pleaded when he was thrown into the pit (Genesis 42:21-22) . He wept when his brothers admitted their sins to each other (Genesis 42:24) and when he saw his brother Benjamin (Genesis 43:30) . He wept loudly when he was reconciled to his brothers (Genesis 45:2, Genesis 45:14-15) and “for a long time” when he saw his father after more than twenty years (Genesis 46:29). As any son would do, he wept when his father died (Genesis 50:1). When he read his brothers’ message asking for forgiveness, he wept and assured them that they were forgiven. They wanted to become slaves, but he assured them they were sons. Does that sound familiar? (See Luke 15:19, Luke 15:21.)

The disciplines of Joseph’s life, plus his faith in the Lord, transformed him into one of the most beloved characters in the Bible, a man who is very much like Jesus Christ. Like Jesus, Joseph was beloved by his father but hated by his brethren. He was illegally sold, he was falsely accused, and he was condemned and imprisoned. Joseph went from the prison to the throne, from suffering to glory, and he provided bread for the known world. (Joseph merely sustained life; Jesus gives life.) Joseph also gave forgiveness to his brethren and provided a home for them. There is much more, but I’m sure you get the point: it is only as we suffer for and with Jesus that we become more like Him. On the other side of Romans 8:28 is Romans 8:29, which says that God’s purpose is that we “be conformed to the likeness of His Son.”

In the midst of pain and trouble, it takes faith for us to say, “God intends this for good,” but that’s just what we must do. To say that “everything is against me” when everything is working for me, is to rebel against the loving heart of God. To ask, “What is God doing?” when we know His purpose is to make us more like Jesus, is to make our situation worse.

In the midst of danger and difficulty, David wrote,

But I trust in your unfailing love; my heart rejoices in your salvation. I will sing to the Lord, for He has been good to me. — Psalm 13:5-6

Maybe the toughest part of following God faithfully is trusting He is good through very hard seasons. God is for us, even when it is hard and even when the hard lasts so much longer than we ever imagined. He intends what hurts for the good! Come share your thoughts with us. ~ Devotionals Daily