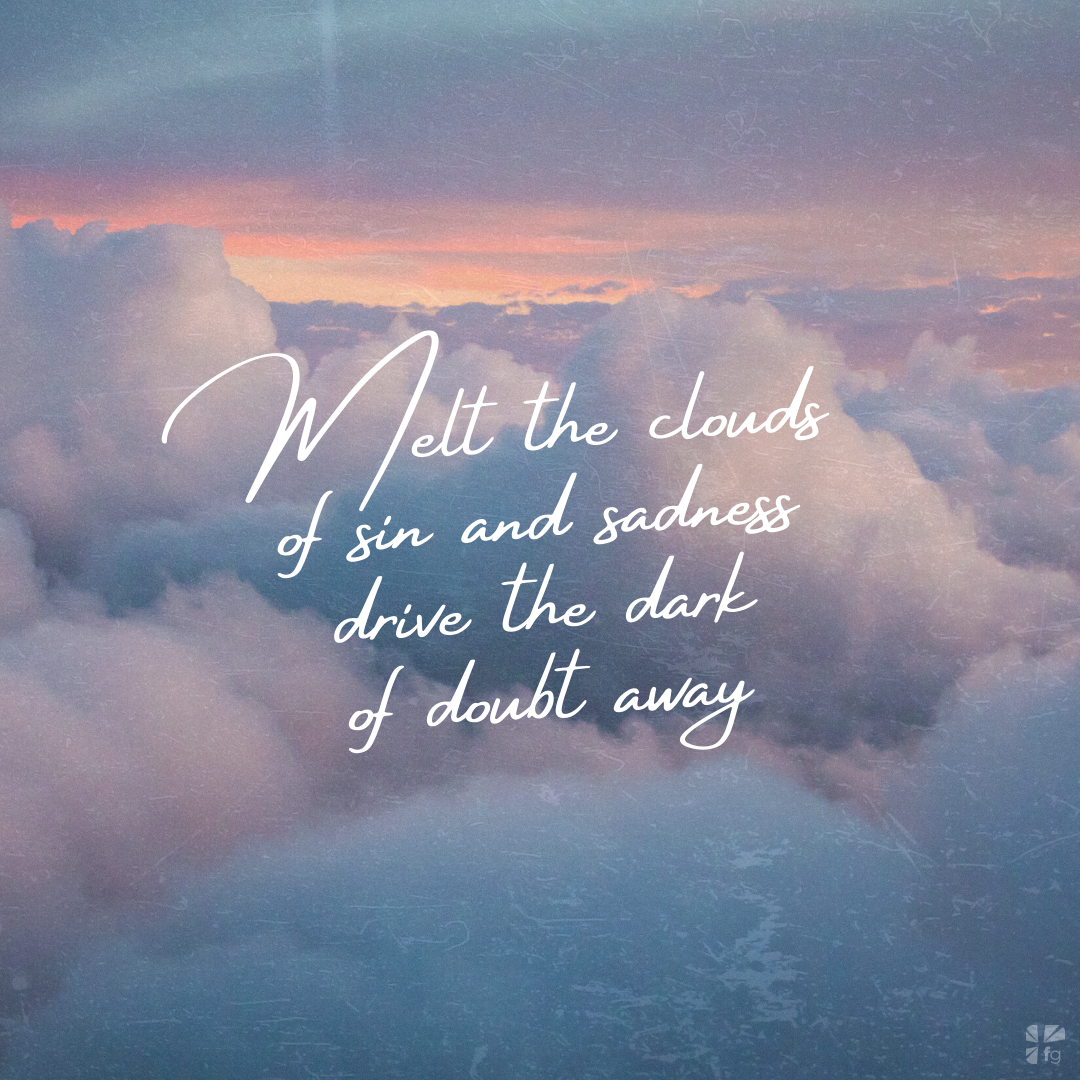 Joyful, joyful, we adore Thee
God of glory, Lord of love
Hearts unfold like flow’rs before Thee
Op’ning to the Sun above
Melt the clouds of sin and sadness
drive the dark of doubt away
Giver of immortal gladness
fill us with the light of day

Once when recovering from a bout of depression, I found this hymn very therapeutic. “Melt the clouds of sin and sadness; drive the dark of doubt away,” it says. “Giver of immortal gladness, fill us [me] with the light of day!” Notice how every phrase of this prayer is bursting with exuberance: The Lord is our “wellspring of the joy of living,” our “ocean depth of happy rest,” and we ask Him to “lift us to the joy divine.” The author of the hymn, Henry Jackson van Dyke, was born in Pennsylvania in 1852 and became pastor of the Brick Presbyterian Church in New York City. Henry later became professor of English literature at Princeton and the author of a number of books, including the still popular The Other Wise Man. He went on to occupy a number of eminent positions, including:

In 1907, Henry van Dyke was invited to preach at Williams College in Massachusetts. At breakfast one morning, he handed the college president a piece of paper, saying, “Here is a hymn for you. Your mountains (the Berkshires) were my inspiration. It must be sung to the music of Beethoven’s ‘Hymn of Joy.’ ” When he was later asked about his hymn, van Dyke replied: “These verses are simple expressions of common Christian feelings and desires in this present time — hymns of today that may be sung together by people who know the thought of the age, and are not afraid that any truth of science will destroy religion, or any revolution on earth overthrow the kingdom of Heaven. Therefore this is a hymn of trust and joy and hope.”

Verse and Prayer of the Week

For I know the thoughts that I think toward you, says the Lord, thoughts of peace and not of evil, to give you a future and a hope. — Jeremiah 29:11

I adore, I venerate, I glory in that cross, which You represent to us, and by that cross I adore our merciful Lord, and what He has in mercy done for us!… By You, hell is spoiled; its mouth is closed to the redeemed. By You, demons are afraid, restrained and defeated. By You, the whole world is renewed and made beautiful. Amen. — Anselm of Canterbury (1033–1109)

Do you think the promise of Jeremiah 29:11 is about the present or the future? In what way does this encourage you? Come share your thoughts on our blog!