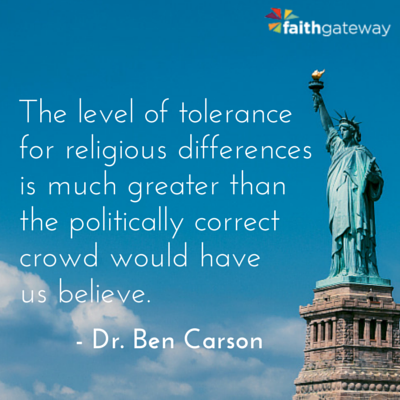 In April of 1999, the world was shocked by the horrific murders at Columbine High School in Colorado. Some very close friends of ours were so deeply moved by the tragedy that they dedicated much of their lives and their substantial financial resources to making sure that good came out of the situation. This extraordinary couple gained the trust of the families who lost children in the shooting, as well as school officials and legal representatives, and they established a charity to promote character building in schools as a deterrent to the type of behavior that Columbine High had suffered.

The program plan was for students to select thirteen of the most desirable, positive character traits (in honor of the thirteen victims and in keeping with the thirteen colonies of the American Revolution), each of which was associated with an historical figure, such as “Honesty and Abe Lincoln.” Students exemplifying these character traits would be rewarded each year. Due to my close relationship with these friends, and because I do a lot of public speaking for schools and educational organizations, I was asked to be the keynote speaker at Columbine for the rollout of the new program. I have spoken to all types of groups throughout this nation and many other parts of the world, but there was something particularly special about speaking at the site of such an infamous, evil event.

Before actually going to the school, I met some who had survived the shooting as well as family members of victims. It seemed as if I knew them already since there had been so much publicity surrounding each victim. The brother of one of the young ladies who was killed — and who had narrowly escaped with his own life — was particularly articulate and a fabulous spokesperson for the group. He was a devout person of faith and a tremendous encouragement to me.

When I first stepped on campus I noticed that the school’s hallways were incredibly sterile; there were no stickers, graffiti, or any other signs of the myriad ways that high school students usually decorate their environment. It had indeed been a war zone. I was told by some of the officials that all graffiti had been removed to ensure that no one was frightened or influenced to join a group that was not completely wholesome.

One of the officials indicated to me that they knew I was a man of faith, but that it would not be appropriate for me to talk about God or Jesus Christ.

Although I did not show it outwardly, I was stunned, because I thought Columbine High School would be the last place on earth where I would hear such an admonition. Those officials were not bad people; quite the contrary. But they were extremely afraid of creating controversy or being blamed for what had occurred. I could tell that some of the administrators did not agree with this policy, but they wanted to maintain the harmony. I don’t usually get nervous before a speech, but in this particular case I had received so many warnings about what not to say due to the sensitivity of the audience, that I was off my game.

The program was beautifully organized by our friends, the school officials, and students, and I was already quite inspired by the time I took the podium in the gymnasium before the entire school body, parents, officials, and the media. I spoke a bit about hardship and how it can be an advantage if one does not become a victim. I also commented about resilience and how success is frequently preceded by failure, but at the conclusion I had to talk about God and the very godly principles that resulted in the establishment of our great nation. At the end, I received a standing ovation from an incredibly enthusiastic crowd, and I knew that I had done the right thing by not hiding my faith or denying the principles that have led to well-functioning harmonious communities throughout our nation.

Was I aware that I was violating the established protocols for the program? Of course I was.

But I also knew that the whole purpose of the program was to promote character, and if I denied my faith I would be manifesting a total lack of character — for the sake of pleasing a few, I would have disappointed many.

The story of Abraham is well known to Jews, Christians, and Muslims; he is referred to as “the father” in all three religions. Yet even though there is a common ancestor, human nature and the desire for superiority has turned these differences into cause for war and mayhem. Historically, millions of people have been killed in the name of religion. The brutality associated with the Crusades, the Muslim conquests, the French Wars of Religion, the Reconquista, and, more recently, the Jihad illustrate how strongly people can feel about their religion.

But can all this religious fervor be channeled in a positive rather than negative way?

As a Christian, I am not the least bit offended by the beliefs of Hindus, Buddhists, Muslims, Jehovah’s Witnesses, Mormons, and so forth. In fact, I am delighted to know that they believe in something that is more likely to make them into a reasonable human being, as long as they don’t allow the religion to be distorted by those seeking power and wealth.

Those in positions of leadership in our society must familiarize themselves with the religions of all their citizens, and they must begin to emphasize the commonalities that unite us as people of faith. Common objectives placed on the forefront of public policies will help people work together and bond us together as a nation in spite of our religious differences.

Another example that caused me to contemplate the question, are we a Judeo-Christian nation or not? was when I was asked to deliver the keynote address at the 1997 Presidential Prayer Breakfast in Washington, DC. This is of course a great honor, for the audience consists not only of the president, vice president, and their families, but Supreme Court justices, United States senators and congressmen, as well as ambassadors and dignitaries from every walk of life from all over the world. I became familiar with the Secret Service through many calls and emails, and everything had to be scripted down to the second. They had a hard time believing I was a spontaneous speaker and did not use notes.

I was pretty excited about the speech until someone said to me that I should not mention the name of Jesus Christ.

That seemed like a very strange request for a prayer breakfast.

In the receiving line in the pre-breakfast reception — the first time that I met President Clinton and his wife as well as the Gore family — my entire family had the opportunity to shake hands with the president and vice president, as well as meet many people you usually see only on the national evening news.

When it was my turn to speak, I briefly recounted my rise from inner-city poverty to the esteemed halls of Johns Hopkins. I talked about how education cultivates human potential and I spoke about integrity, particularly in public office. Coincidentally, I delivered this speech just before the Monica Lewinsky situation became public. The president must have been wondering, does he know what’s going on? Obviously I did not know, but even if I had, I would have still made the same remarks. President Clinton, like all of us, had some weaknesses which got him into trouble. He is not the first public figure to have such troubles and certainly will not be the last. I suspect he would have been better served if he had simply confessed his wrongdoing and asked for forgiveness, but that of course is much easier said than done.

Students of American history may recall that Alexander Hamilton had an affair while in public office, but when he quickly confessed publicly and was forgiven, the issue was pushed aside, much to the consternation of the mistress and her husband who were planning to blackmail Mr. Hamilton.

I finished the speech with my philosophy for success in life, which includes strong faith in God and my Savior Jesus Christ. The response was overwhelming, and the standing ovation lasted for several minutes, throwing the program off its strict time schedule.

The president, in typical Clintonesque style, took the microphone and asked, “Who is responsible for putting this guy on the program before me?” To which the crowd responded with raucous laughter. I subsequently got tons of mail complimenting me on what many felt was the best presidential prayer breakfast address they had ever heard. Out of the thousands of people at the breakfast, and millions of people who heard the address, I received only one negative response for using the name of Jesus.

This tells me that the level of tolerance for religious differences is much greater than the politically correct crowd would have us believe.

Excerpted with permission from America the Beautiful by Dr. Ben Carson, copyright Zondervan.