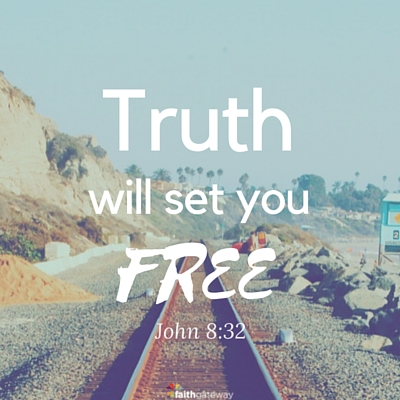 When I was a university student, I caught the train every morning at 7:30 a.m. from Seven Hills station in the western suburbs of Sydney where I lived, to Redfern station in the center of Sydney where my campus was located. The commute took forty-five minutes, and I was grateful for each one as I normally caught up on my assignments during this time.

One particular morning I was running late and had a lot on my mind because of an important exam that day. When I got to the top of the stairs leading to the various platforms, I skipped one habitual step: checking the destination board for delays or platform changes. I heard a train pull up to platform 4, and immediately rushed down the stairs and jumped on board as the doors closed. Just made it, I thought, and relaxed into a seat.

As the train pulled out of the station, I immediately saw it was not headed toward downtown Sydney. In fact, it was going in the exact opposite direction — toward the mountains. I began to panic as the train picked up speed and an announcement came over the loudspeaker telling us to enjoy the ride on the express train to Katoomba, the beautiful Blue Mountains. I felt sick as I realized that I could not get off this train. I was going to miss my exam, and I had no idea when there would be another train scheduled to take me back to where I started out my journey this morning. It was the longest ride I’ve ever taken… to the wrong destination.

When the train stopped, I rose, still numb from my mistake. When the doors opened I stepped onto the platform — and moaned aloud, “How did I get here?”

The stationmaster happened to be standing nearby. He looked at me with a grin and said, “Well, young lady, you got on the wrong train, didn’t you?”

Isn’t that exactly our experience at the end of many days? We look around at where we ended up mentally and wonder, “God, how did I get here?”

I sometimes imagine that God wants to say to us, “Well, young lady, you just got on the wrong train of thought, didn’t you?”

I’ve discovered that if I do not manage where I want my thoughts to take me on a daily basis, then I will end up jumping on any train of thought, often ending up where I do not want to be. I’ve found that, like a bullet train, I can quickly go from shame-free to shame-filled thinking.

And I don’t just mean every day.  I mean every hour of every day. Why? Because I have the wrong trains of thought pulling into my mind on a regular basis. Our tormented minds need healing if we’re to love the Lord our God with all our heart, soul, and mind (Luke 10:27).

If I do not make up my mind ahead of time that I am going to refuse to board the wrong train of thought, then I will end up at a place in my head where I do not want to be.

One of the most important lessons I have discovered is that nothing is as powerful as a mind made up. A mind made up ahead of time has the power to control the way your day goes, the way your life goes. You have the power to control who you become, because you are literally what you think — whether you choose to learn how to consciously control that or not. Proverbs 23:7 says,

How crucial then for us to manage our minds. If we don’t, our minds will manage us. This has been an ongoing battle for me in my journey from shame-filled to shame-free living, and it will likely be for you as well. If we disregard the destination board and jump on any train, we’ll go anywhere. But if we carefully choose the train we really want to be on, we’ll only go there — and that’s what we want to learn to do.

Those of us with a history of shame are at the top of the enemy’s hit list for waging war on our minds and derailing our very lives. But God has a solution. Unlike the express train I was trapped on that day, we can get off the wrong train of thought at any point on the journey — by pushing the emergency stop button and choosing to board a different train of thought. And the way we learn to do this is by renewing our tormented mind.

Therefore, I urge you, brothers and sisters, in view of God’s mercy, to offer your bodies as a living sacrifice, holy and pleasing to God — this is your true and proper worship. Do not conform to the pattern of this world, but be transformed by the renewing of your mind. Then you will be able to test and approve what God’s will is — His good, pleasing and perfect will. (emphasis added)

Even when I turned my life over to Christ, I didn’t know anything differently than to believe the lies and accusations the enemy suggested in my mind. I had no idea what God said or thought about me — that I was fully loved, fully known, and fully accepted — because I had been listening to the enemy whisper lies to me my entire life — lies that limited my life and weren’t based in truth. That’s what he does. He makes up lies and spreads them nonstop. I heard a constant barrage of, “You can’t, you won’t, you’ll never be,” or, “You’ll always be… ”

Our wounds of worthlessness are constantly poked by these accusations and never allowed to heal because we believe them and repeat them to ourselves. We hear these shame-filled thoughts in our marriages, our mothering, our friendships, at work, and as daughters, even if no one else is speaking them aloud.

Because I never knew all those thoughts were lies, I jumped on those trains without ever giving any of them a second thought. I never questioned what rolled through my mind — No one will ever love you. You’re a failure. You’re damaged goods. You blew it big-time. I never asked myself: Who sent that train — God or the enemy? Where will that train take me — into God’s mind and will and purpose, or into shame — the enemy’s mind, will, and purpose?

Satan is the father of lies and the accuser of us all.

Wherever my mind went, all of my emotions and feelings followed uncontrollably — like a runaway train. “Not smart enough, fit enough, pretty enough, thin enough, good enough, holy enough.”

Never enough. Of anything.

Just as God had begun to heal my broken heart and bind my wounded soul, He began renewing my mind with his truth.

By attending church regularly, joining a Bible study group, and becoming a part of a community of Christ-followers, I eventually learned that not everyone thought the same way as I thought, especially God. In fact, the more I studied the Bible, the more I realized that my thoughts about myself and so many areas in my life were about as far away from God’s thoughts as I was when I ended up in Katoomba instead of Redfern.

It was life-changing for me when I realized that I should not believe all my feelings and thoughts — especially when they contradicted the Word of God, which is the absolute truth. As Jesus said:

If you hold to my teaching, you are really my disciples. Then you will know the truth, and the truth will set you free.” — John 8:31–32

Knowing the truth can profoundly impact how we process the facts of our circumstances. The realization that I was not who I thought I was (when I found out I was adopted) shocked me beyond words, but even though my understanding of the facts about my history changed that day, the truth never changed. God knew about my adoption all along; He had still knit me together in my mother’s womb; He had a plan, purpose, and destiny for my life. A change of “facts” on my end did not change the truth about who I was from His end.

My birth certificate states the fact that I am UNNAMED child number 2508 of 1966, but the Word of God states the truth that from the womb of my mother He has named my name (Isaiah 49:1).

The facts can change, but the truth has the power to change things. [tweet this]

We have to mature in choosing our thoughts. I know all of this is a tall order for our minds that have spent years tormented by shame — years of hearing and responding to the voice of shame making accusations against us. Years of shame-induced thinking that we were broken or a failure. That there is something wrong with us. That we always mess up. Thoughts that cause us to become perfectionists and people pleasers, or to be overly hard on ourselves. Years of fighting for our own significance.

But as always, God doesn’t leave us alone to fight such battles. He gave us his Word. He gave us the power to exchange the enemy’s lies — and everything anyone else has ever said about us — for His truth.

Excerpted with permission from Unashamed: Drop the Baggage, Pick Up Your Freedom, Fulfill Your Destiny by Christine Caine, copyright Christine Caine.

Are you riding the Truth Train or have the enemy’s lies derailed you far from where God wants your mind to be? What lies do you have to claim Gospel truth against today? Come share with us on our blog! We want to hear from you! ~ Devotionals Daily