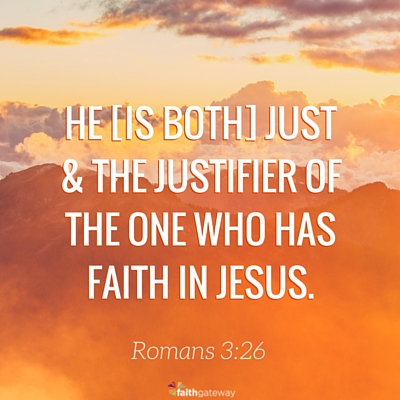 What shall we say then? Is there unrighteousness with God? Certainly not! — Romans 9:14

Have you ever considered the stark contrast between Judas Iscariot and the thief on the cross? One was a close disciple of Jesus Christ and gave three years of his life to the best, most intensive religious instruction available anywhere. But he lost his soul forever. The other was a hardened, lifelong criminal who was still mocking everything holy while being put to death for his crimes. But he went straight to paradise forever.

The difference in the two men could hardly be more pronounced — nor could the endings to their respective life stories be more surprising.

Judas was a disciple in Christ’s closest circle of twelve. He preached, evangelized, ministered, and was even given power to “cure diseases” (Luke 9:1). He seemed like a model disciple. When Jesus predicted that one of the Twelve would betray Him, no one pointed the finger of suspicion at Judas. He was so thoroughly trusted by the other disciples that they had made him their treasurer (John 13:29). They evidently saw nothing in his character or attitude that seemed questionable, much less diabolical. But he betrayed Christ, ended his own miserable life by suicide, and entered into eternal damnation laden with horrific guilt. Christ’s words about him in Mark 14:21 are chilling:

Woe to that man by whom the Son of Man is betrayed! It would have been good for that man if he had never been born.

The thief on the cross, on the other hand, was a career criminal — a serious enough malefactor that he had been sentenced to die by the slowest, most painful form of capital punishment known. He’s called a “robber” in Matthew 27:38, using a Greek word that speaks of a brigand or a highwayman. He was being crucified with a partner. They were both originally slated to be executed along with Barabbas, an insurrectionist and killer (Luke 23:19). All of that indicates that he was part of a gang of cutthroat ruffians who stole by violence and lived by no law but their own passions. He was clearly vicious, mean-spirited, and aggressive, because in the early hours of the crucifixion both he and his cohort in crime were taunting and reviling Jesus along with the mocking crowd (Matthew 27:44). But as that thief watched Jesus die silently — “oppressed… afflicted, yet He opened not His mouth; … led as a lamb to the slaughter” (Isaiah 53:7) — the hardened criminal had a remarkable last-minute change of heart.

Literally in the dying moments of his wretched earthly life, he confessed his sin (Luke 23:41), uttered a simple prayer:

Jesus, remember me when you come into Your Kingdom. — Luke 23:42 ESV

and was ushered that very day into Paradise (Luke 23:43), clothed in perfect righteousness, all his guilt borne and paid for in full by Christ.

Those who think Heaven is a reward for doing good might protest that this was throwing justice out the window. The thief had done nothing whatsoever to merit heaven. If it’s possible to forgive such a man so completely in the dying moments of a wretched lifetime filled with gross sin, wouldn’t it also be proper for Judas’s one act of treachery to be canceled (or mitigated) on the basis of whatever good works he had done while following Christ for three years? People do occasionally raise questions like that. The Internet is dotted with comments and articles suggesting Judas was dealt with unfairly or judged too harshly.

Judas himself seemed to be the type of person who kept score on such matters. He protested, for example, when Mary anointed the feet of Jesus with a costly fragrance. He knew the precise value of the ointment (equal to a year’s wages), and he complained,

Why was this ointment not sold for three hundred denarii and given to the poor? — John 12:5 ESV

He no doubt would have also thought the grace Jesus showed to the thief was too extravagant.

People who have devoted their lives to religion do sometimes seem to resent it when God reaches out and graciously redeems someone whom they deem unworthy of divine favor.

What we have to bear in mind is that all people are totally unworthy. No one deserves God’s favor. We are all guilty sinners who deserve nothing more than damnation. No one who has sinned has any rightful claim on the kindness of God.

God, on the other hand, has every right to show mercy and compassion to whomever He chooses (Exodus 33:19). Furthermore, when He shows mercy it is always in lavish abundance. As He told Moses, He is

the Lord, the Lord God, merciful and gracious, longsuffering, and abounding in goodness and truth, keeping mercy for thousands, forgiving iniquity and transgression and sin. — Exodus 34:6-7

People who protest that God is unfair or unjust when He shows grace to the least deserving people simply do not understand the principle of grace. Undiluted justice would mean immediate death for every sinner, because “the wages of sin is death” (Romans 6:23).

The truth is, we don’t really want what is “fair.” We all desperately need grace and mercy.

On the other hand, grace is not unjust, because Christ made full atonement for the sins of those who trust Him — and thereby turned justice in their favor.

If we confess our sins, He is faithful and just to forgive us our sins and to cleanse us from all unrighteousness. — 1 John 1:9, emphasis added

Because Christ took the penalty of sin on Himself, God can justify believing sinners (even notorious sinners like the thief on the cross) without compromising His own righteousness.

He [is both] just and the justifier of the one who has faith in Jesus. — Romans 3:26

What if God shows mercy to a wretched thief in his death throes while condemning someone with a religious track record like Judas?

Is there unrighteousness with God? Certainly not! — Romans 9:14

God’s mercy must never be thought of as a reward for good works.

Heaven is not a prize for people who deserve it.

God “justifies the ungodly” (Romans 4:5). Grace is by definition undeserved. But it is not unjust or “unfair.”

Excerpted with permission from Parables: The Mysteries Of God’s Kingdom Revealed Through The Stories Jesus Told by John MacArthur, copyright Thomas Nelson.

Have you ever struggled with God over His lavish and unmerited grace in some undeserving person’s life, especially if they were a “bad” person or had harmed you and others deeply? Does God seem unfair to you? Come join the conversation on our blog. We would love to hear from you about justice and grace! ~ Devotionals Daily