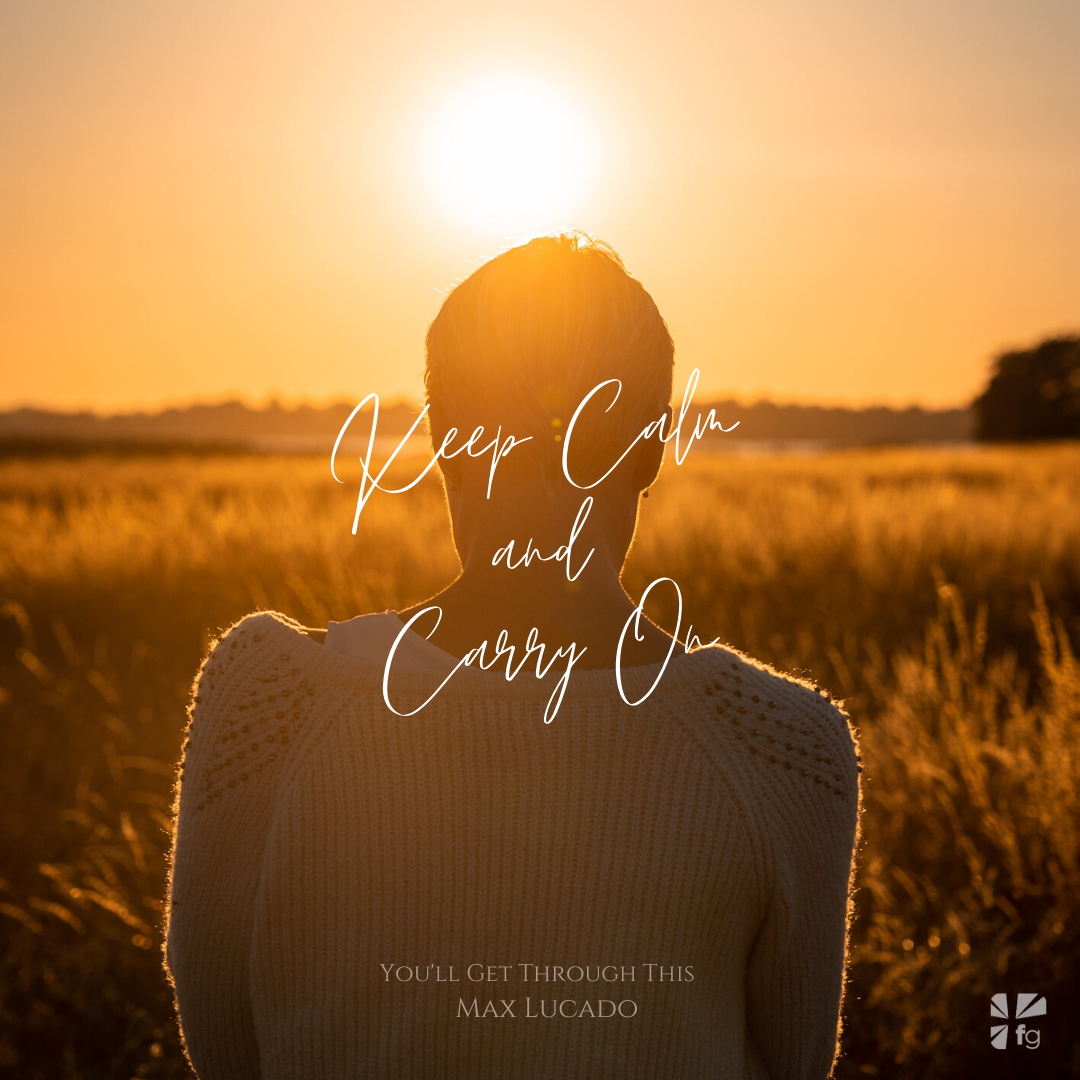 “See the hole in the skyline?”

I leaned forward and followed the finger of the driver. He was a rotund guy named Frank. Neck too big for his collar, hands too thick to wrap around the steering wheel. He pointed through the windshield at the forest of buildings called Lower Manhattan.

“The towers used to sit right there.”

He could tell that I couldn’t see the spot.

“See the hole to the left of the one with the spire? Three days ago that was the World Trade Center. I looked at it each day as I came over the bridge. It was a powerful sight. The first morning I entered the city and saw no towers, I called my wife and cried.”

To reach the epicenter of activity, we drove through layers of inactivity. Empty ambulances lined the road. Loved ones mingled outside the Family Care Center, where the USNS Comfort, a hospital ship, sat docked. Everyone waited. But each passing second took with it a grain of hope.

Three checkpoints later we parked the car and walked the final half mile. A week earlier this road had been full of flannel suits, cell phones, and market quotes. But on this day the sidewalk was muddy, and the air was thick with smoke. I decided not to think about what I was inhaling.

I didn’t expect the fires. In spite of the rain and truckloads of water, flames still danced. I didn’t anticipate the adjoining damage.

Neighboring buildings were devastated. Intact windows were rare. The next-door Marriott had been gutted by the cockpit of a jet. Any other day it would have made the cover of a magazine.

But most of all I didn’t expect the numbness. Not theirs, not mine. A flank of yellow-suited firemen, some twelve or so in width, marched past us. The same number walked toward us. Shift change. Those coming were grim. Those leaving were more so, faces as steely as the beams that coffined their comrades.

My response wasn’t any different. No tears. No lump in the throat. Just numbness. Several thousand people are under there, I told myself. Yet I just stared. The tragedy spoke a language I’d never studied. I half expected — and even more, wanted — to hear someone yell, “Quiet on the set!” and see actors run out of the ruins. But the cranes carried no cameras, just concrete.

Later that night I spoke with an officer who guarded the entrance to the Family Care Center. He was posted next to the plywood wall of photos — the wailing wall, of sorts — on which relatives had tacked pictures and hopes. I asked him to describe the expressions on the faces of the people who had come to look at the pictures.

Disbelief, for many, was the drug of choice.

We can relate. Calamities can leave us off balance and confused.

Consider the crisis of Joseph’s generation.

Now there was no bread in all the land; for the famine was very severe, so that the land of Egypt and the land of Canaan languished because of the famine. — Genesis 47:13

During the time Joseph was struggling to reconcile with his brothers, he was also navigating a catastrophe. It had been two years since the last drop of rain. The sky was endlessly blue. The sun relentlessly hot. Animal carcasses littered the ground, and no hope appeared on the horizon. The land was a dust bowl. No rain meant no farming. No farming meant no food. When people appealed to Pharaoh for help, he said,

Joseph faced a calamity on a global scale.

Yet contrast the description of the problem with the outcome. Years passed, and the people told Joseph,

You have saved our lives; let us find favor in the sight of my lord, and we will be Pharaoh’s servants. — Genesis 47:25

The people remained calm. A society that was ripe for bedlam actually thanked the government rather than attacked it. Makes a person wonder if Joseph ever taught a course in crisis management. If he did, he included the words he told his brothers:

How would you describe your crisis?

Do you recite your woes more naturally than you do heaven’s strength? If so, no wonder life is tough. You’re assuming God isn’t in this crisis.

He is. Even a famine was fair game for God’s purpose.

I enjoyed breakfast recently with a friend. Most of our talk revolved around the health of his fourteen-year-old son. Seven years ago a tumor was found behind the boy’s spleen. The discovery led to several months of strenuous prayer and chemotherapy. The son recovered. He is now playing high school football, and the cancer clinic is a distant memory.

The discovery of the tumor was the part of the story I found fascinating. When the boy was seven years old, he was horsing around with his cousins. One of them accidentally kicked him in the stomach. Acute pain led to a hospital visit. An alert doctor requested a series of tests. And the tests led the surgeon to discover and remove the tumor. After the cancer was removed, the father asked the physician how long the tumor had been present. Although it was impossible to know with certainty, the form and size of the tumor indicated it was no more than two or three days old.

“So,” I said, “God used a kick in the gut to get your boy into treatment.”

Then there is the story of Isabel. She spent the first three and a half years of her life in a Nicaraguan orphanage. No mother, no father. No promise of either. With all orphans, odds of adoption diminish with time. Every passing month decreased Isabel’s chance of being placed in a home.

And then a door slammed on her finger. She was following the other children into the yard to play when a screen door closed on her hand. Pain shot up her arm, and her scream echoed across the playground. Question: Why would God let this happen? Why would a benevolent, omnipotent God permit an innocent girl with more than her share of challenges to feel additional pain?

Might He be calling for the attention of Ryan Schnoke, the American would-be father who was sitting in the playroom nearby? He and his wife, Cristina, had been trying to adopt a child for months. No other adult was around to help Isabel, so Ryan walked over, picked her up, and comforted her.

Several months later when Ryan and Cristina were close to giving up, Ryan remembered Isabel and resolved to try one more time. This time the adoption succeeded. Little Isabel is growing up in a happy, healthy home.

A kick in the gut?
A finger in the door?
God doesn’t manufacture pain, but He certainly puts it to use.

God… is the blessed controller of all things. — 1 Timothy 6:15 Phillips

His ways are higher than ours (Isaiah 55:9). His judgments are unsearchable, and His paths are beyond tracing out (Romans 11:33).

We can’t always see what God is doing, but can’t we assume He is up to something good? Joseph did. He assumed God was in the crisis.

Then he faced the crisis with a plan. He collected grain during the good years and redistributed it in the bad. When the people ran out of food, he gave it to them in exchange for money, livestock, and property. After he stabilized the economy, he gave the people a lesson in money management. “Give one-fifth to Pharaoh, and use the rest for farming and eating” (Genesis 47:24, author’s paraphrase).

Could it have been more boring?

Some flamboyance would have been nice. A little bit of the Red Sea opening, Jericho’s walls tumbling, or was-dead Lazarus walking. A dramatic crisis requires a dramatic response, right? Not always.

We equate spirituality with high drama: Paul raising the dead, Peter healing the sick. Yet for every Paul and Peter, there are a dozen Josephs. Men and women blessed with skills of administration. Steady hands through whom God saves people. Joseph never raised the dead, but he kept people from dying. He never healed the sick, but he kept sickness from spreading. He made a plan and stuck with it. And because he did, the nation survived. He triumphed with a calm, methodical plan.

In the days leading up to the war with Germany, the British government commissioned a series of posters. The idea was to capture encouraging slogans on paper and distribute them about the country. Capital letters in a distinct typeface were used, and a simple two- color format was selected. The only graphic was the crown of King George VI.

The first poster was distributed in September of 1939:

These two posters appeared up and down the British countryside. On railroad platforms and in pubs, stores, and restaurants. They were everywhere. A third poster was created yet never distributed. More than 2.5 million copies were printed yet never seen until nearly sixty years later when a bookstore owner in northeast England discovered one in a box of old books he had purchased at an auction. It read:

The poster bore the same crown and style of the first two posters. It was never released to the public, however, but was held in reserve for an extreme crisis, such as invasion by Germany. The bookstore owner framed it and hung it on the wall. It became so popular that the bookstore began producing identical images of the original design on coffee mugs, postcards, and posters. Everyone, it seems, appreciated the reminder from another generation to keep calm and carry on.1

Of all the Bible heroes, Joseph is the one most likely to have hung a copy on his office wall. He indwelt the world of ledgers, flow-charts, end-of-the-year reports, tabulations, and calculations. Day after day. Month after month. Year after year. He kept a cool head and carried on.

You can do the same. You can’t control the weather. You aren’t in charge of the economy. You can’t undo the tsunami or unwreck the car, but you can map out a strategy.

Remember, God is in this crisis.

Ask Him to give you an index card–sized plan, two or three steps you can take today.

God’s sovereignty doesn’t negate our responsibility. Just the opposite. It empowers it. When we trust God, we think more clearly and react more decisively. Like Nehemiah, who said,

We prayed to our God and posted a guard day and night to meet this threat. — Nehemiah 4:9 NIV

Keep calm and carry on! Come share your thoughts on trusting God through this crisis on our blog! We want to hear from you!