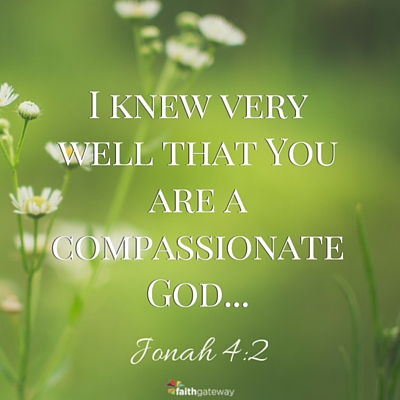 We Pray Because God Is Changeless

God doesn’t change, because if He could change, He could get better. But He can’t get better, because He is already the best. He is perfect and perfection itself.

Satan knows that truth, too, and has had thousands of years to practice twisting it to his own ends. Referring to the sovereignty of God, he will say, God will do whatever He wants to do, so it doesn’t matter if you pray. Then switching to God’s changelessness, he will say, You think you can change things through prayer? What a joke. You can’t change God’s mind, because God can’t change. So your prayers are useless. You’re running into a brick wall a thousand miles thick, and you’ll never move it. You’re pushing against Mount Everest, but you’ll never make it sway.

God cannot and will not change His character. He is who He is. But according to Scripture, He can and will change His mind!

Abraham knew this. In Genesis 18:16-33 we see the patriarch standing before the Lord, actually praying for Sodom and Gomorrah and pleading that the Lord would reconsider His plan to destroy the evil cities. Abraham began by asking the Lord not to wipe out the cities if he found fifty righteous people there. God agreed, but fifty righteous people couldn’t be found. So Abraham prayed again. Going back and forth in conversation with God, he gradually worked the number down to just ten.

But there weren’t even ten righteous people in either of those dark, unhappy cities, and God did move in judgment against them. But Abraham learned that he could reason with God in prayer — and make a difference.

Moses knew this as well. And it’s a good thing for the Jewish people that he did.

In Exodus 32:9-10, we read that God was on the knife edge of destroying the whole nation and starting over again with Moses. But Moses pleaded with God to turn aside from His intention of judgment and spare the people.

And what happened then? We read that

The Lord relented from the harm which He said He would do to His people. — Exodus 32:14

Could that be right? The Lord, the God of the universe, relented from a course of action that He had planned?  Yes, that’s what Scripture says. Another translation puts it even more starkly:

So the Lord changed His mind about the terrible disaster He had threatened to bring on His people. — NLT, emphasis mine.

But why? Why would He do that? Because Moses prayed.

One microscopic dust speck of a human being on one little dust speck of a planet in the vast universe called on the eternal Creator of all to change His mind about the destiny of a nation.

And that’s what God did.

We can see the same dynamic in the story of Jonah. After his wet-and-wild encounter with the great fish, the runaway prophet did some repenting of his own and set out for Nineveh to deliver the message God had given him:

Yet forty days, and Nineveh shall be overthrown! — Jonah 3:4

Did it happen? Was Nineveh destroyed at that time?

No, it wasn’t. Not in forty days, and not in forty years. Nineveh remained as a city for possibly one hundred fifty years. Why? Because the people of Nineveh changed their minds about the way they had been living, and God changed His mind about destroying them.

God had said it would happen, but it didn’t happen. The threatened judgment didn’t fall, and that nearly drove Jonah crazy. He hated the people of Nineveh (for many logical and understandable reasons) and wanted very much to see such a vile place wiped off the world map. So when God changed His mind, the prophet couldn’t contain his disgust. He said, in essence, to the Lord,

I knew this would happen! Why do You think I ran away from You in the first place, refusing to preach that message to them? I knew very well that You are a compassionate God, and that if these people repented that You would change Your mind too! — Jonah 4:2

Excerpted with permission from Why Keep Praying When You Don’t See Results by Robert Morris, copyright Robert Morris.

Have you ever heard that demonic whisper that your prayers don’t matter? That God is going to do whatever God is going to do, so why pray? What have you quit praying about? What have you not even considered praying over? Today, let’s reboot our prayers and ask God for some life-changing, family-changing, city-changing, world-changing answers! Come join the conversation on our blog. We want to hear from you about changing God’s mind as we reason with Him in prayer. ~ Devotionals Daily