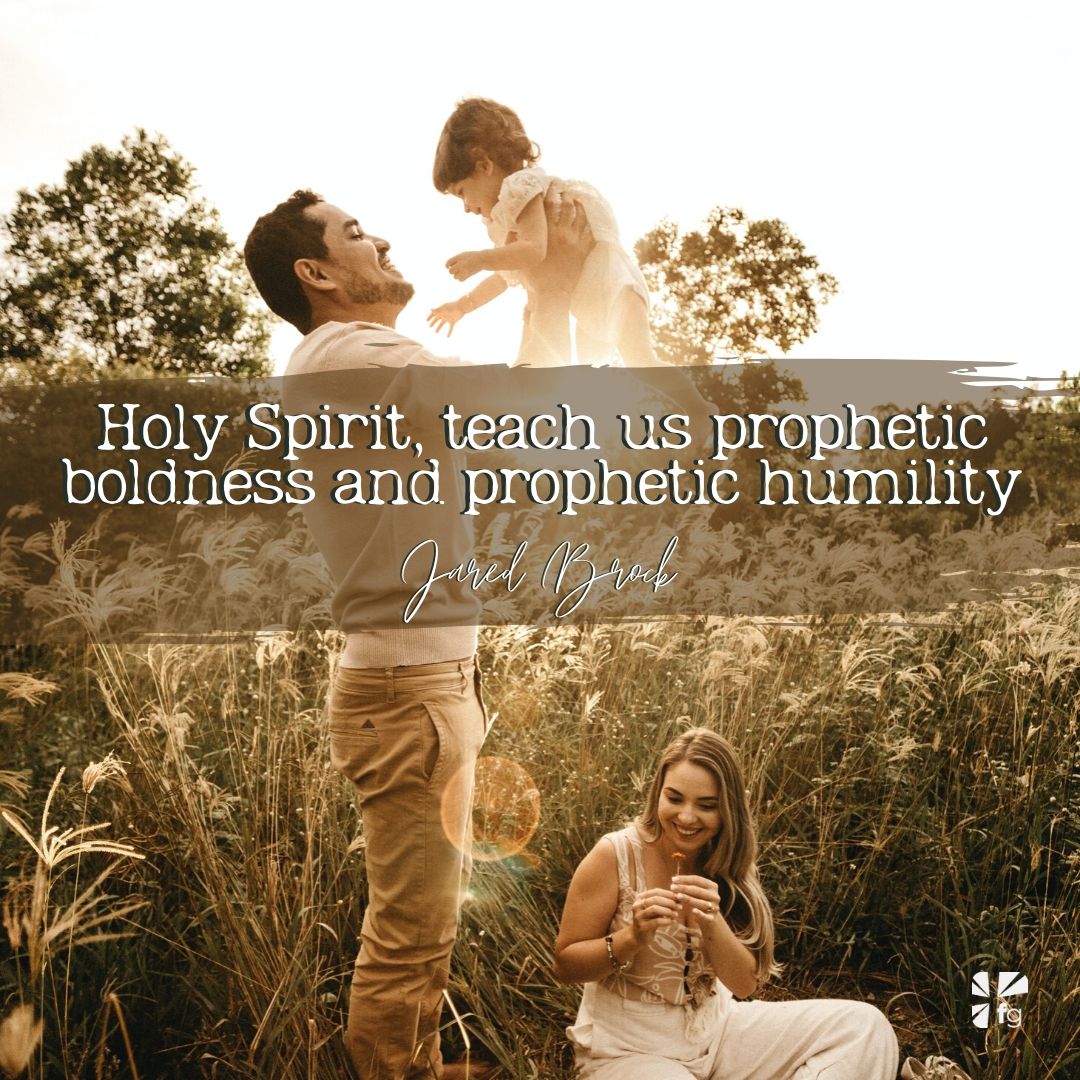 Meditation: But while he was still a long way off, his father saw him and was filled with compassion for him; he ran to his son, threw his arms around him and kissed him. — Luke 15:20

Quote of the Day: When I die I just want to be remembered as a Christian. ~ Keith Green

Keith Green quietly walked up to the piano. His hands hovered over the keys while the drummer counted off. A moment later, his fingers hit the ivories and the song was off and running. His fingers did not so much dance across the keyboard, but expertly slapped the notes into a rock ’n’ roll samba. The young man whose life and music would impact a generation and change the lives of thousands was confident and at ease as he lifted his eyes to his audience and began to sing.

He sang a really dumb song about a girl.

Keith Green was eleven years old. He had just signed a five-year recording contract with Decca Records, one of the biggest labels of the time. Here he was on a national television show, his hair bleached blond to maintain a cherubic look, singing a song called “We’ll Do a Lot of Things Together.” Little Keith Green was going to be the next pint-sized, family-friendly Jerry Lee Lewis.

After his first TV appearance, Keith began showing up on variety shows and teen magazines all over America. He was on his way to teeny-bopper stardom, or so it seemed. But somewhere along the way, things began to sputter out for Keith, and a little Mormon boy named Donny Osmond soon stole the hearts of young girls everywhere. Keith Green was a washed-up rock ’n’ roll star by the age of thirteen.

Keith continued to write songs, however, playing and singing anywhere he could. By the early 1970s, he was all grown up, newly married and working hard to court fame in Los Angeles. He had a few close brushes with stardom, but nothing came together. He was unwilling to compromise when a proposition seemed the least bit shady, which cost him some potentially lucrative deals.

But Keith’s hunger for fame was strong and was matched only by his hunger for a meaningful spiritual experience. He and his wife, Melody, experimented with various religious experiences and philosophies, and Keith had tried a plethora of drugs along the way in a desperate search for connection with God.

In all his searching, there was one figure he could not set aside: Jesus.

Keith didn’t know if this Jesus was God, as the Jesus freaks claimed, but on December 16, 1972, Keith wrote something significant in his personal journal: “Jesus, you are hereby officially welcomed into me. Now only action will reveal Your effect on me.”1

To say this was the day Keith “got saved” would be an oversimplification. Keith, and with him, Melody, continued to experience a process of conversion that messily unfolded over time, with the Holy Spirit calmly, consistently, persistently, patiently drawing them to God. It involved reading the Bible, arguing with each other, arguing with friends, watching the popular Jesus-centric films of the time, such as Jesus Christ Superstar, and even having “Jesus” himself over for dinner — actor Ted Neeley — to talk about his experiences. In fact, Keith began playing Christian gigs with his friend Randy Stonehill well before he fully understood the divine nature of the Jesus he was falling in love with. Several songs that he would later record on his Christian albums, such as “Run to the End of the Highway,” “The Prodigal Son Suite,” and “On the Road to Jericho,” were written during this time of journeying.

Eventually, though, the grace of faith took full effect in Keith’s and Melody’s lives, and they came to belief in the godhood of Jesus. Together they pursued Jesus with all the passion and fervor with which Keith had previously pursued fame, a pursuit that inspired them to do something risky for the sake of sharing the love of Jesus. He and Melody opened their home to single moms, recovering addicts, and people struggling to make sense of life. They weren’t, at this point, trying to start a ministry. They wanted to make a place where broken people could receive love.

Keith’s faith also became a deep well for music, and Keith wrote songs borne of the love God had put in his heart. In 1977, Jesus freaks in bell-bottomed jeans walked from the theater where they’d just seen Star Wars to the Christian bookstore to pick up a copy of Keith’s first album, For Him Who Has Ears to Hear. He toured, often doing concerts in churches that had never seen a bearded hippy like Keith before, let alone one playing rock songs for the Lord.

“I just wanna say that God works in mysterious ways, and I am one of His mysterious ways. I know you haven’t seen this much hair up on the pulpit before, but God doesn’t look on the outside to see what kind of Christian you are. He looks on the inside.”2

Keith’s career took off while his and Melody’s house expanded with loners, losers, and beautiful souls. On stage and at home, Keith was brash, opinionated, and sometimes over the line. But he was always, always honest. No one was safe from this honesty, least of all Keith.

He challenged everything, from Christian consumerism to the way his own music was distributed. He decided that all his concerts, which looked more and more like revival meetings, should be free, and he offered his music on a pay-what-you-can basis. It didn’t take long for people to start calling him a prophet, and Keith accepted the mantle.

But the crushing weight of legalism, which pervaded his own walk with God, began to cripple him. He admitted at one point that he wasn’t even sure God loved him at all.

Things began to change for Keith when he forged friendships with two men from the missionary organization Youth With A Mission: Loren Cunningham and John Dawson. Loren, the founder of YWAM, became like a father for Keith, and John Dawson like a brother. Keith was no longer a lone wolf, and an awakening of grace began to take hold of him through these grace-filled friendships.

He wrote personal letters of apology to people he’d hurt and alienated. He rejected the title of prophet, explaining in an article that “whenever someone is brash, obnoxious, or loud, we label him a ‘prophet.’”3 He had a deeper peace than he had ever known. Through the grace of friendship, legalism was turning to compassion, and Keith’s “prophetic” voice turned to encouraging young men and women toward the mission field.

Keith and Melody, along with Loren Cunningham, began to plan a concert tour to mobilize young people into missionary service. Sadly, this was never to be. At least not in the form that any of them could have anticipated.

In July of 1982, Keith and two of his young children, along with nine others, died when their small plane crashed almost immediately after taking off. Melody was devastated, and along with her, thousands of people who had been touched by Keith’s life and music. Melody wept and prayed with Loren and John, and eventually they decided that Keith’s planned tour should still happen.

Using footage from one of his last concerts, Keith posthumously toured the country with his challenge to missionary service. Approximately three hundred thousand young people heard the message through the Keith Green Memorial Concert Tour, and both Youth With A Mission and Operation Mobilization reported huge increases in staff and students coming into the mission field.

Keith had sought success since he was a little boy, and when he finally found it, he ended up completely redefining what it meant. Keith seemed to have experienced two landmark spiritual moments in his adult life: one when he found Jesus, and another when the Father found him. The little boy became a young man with a mission, and when he sat at the piano in 1982, there were lights and cameras, but not a rock ’n’ roll star in sight. Just a man who’d finally found the affirmation he’d always been seeking, as a child of the Father.

Holy Spirit, teach us prophetic boldness and prophetic humility. And teach us most of all to live as sons of the Father. 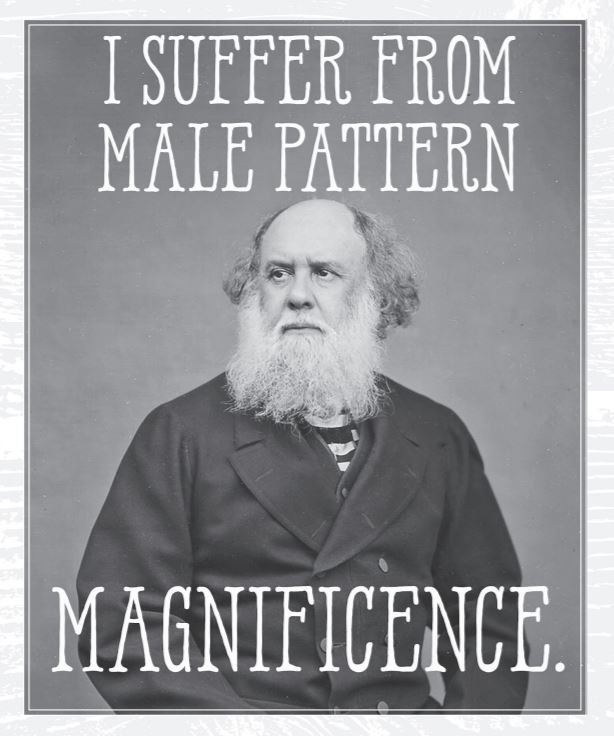 Bearded Gospel Diet: How to Eat for Beard Greatness by Jared Brock

You can brush and oil and stare at it all you want, but true beardliness starts from the inside. Here’s how you can eat your way to a better beard:

You can promote beard growth by boosting your testosterone. Don’t get crazy with this, because super-amped testosterone can elevate your risk of a heart attack. For creation-care purposes I’m recommending you generally avoid meat (beef especially), but there are plenty of other ways to get protein:

Scared? Don’t be. Get the extra-firm organic stuff, slice it thin, and braise it with buffalo or barbecue sauce.

Any kind. There are hundreds. I love black beans and chickpeas and red lentils.

Delicious and nutritious. Get it line-caught from Alaska. Failing that, shoot for the Pacific over the Atlantic. Fresh beats frozen. To keep those good fats from getting damaged, try it slow-baked or poached.

Hair is composed mainly of keratin, a protein made from amino acids. We can’t make our own aminos, so we need protein. Get free-range organic eggs, and cook them ever so lightly in order to keep that fatty yolk undamaged. Try soft boiled, barely over easy, or my favorite, poached with lox and avocado.

In Addition to Protein…

Don’t have time to create a totally balanced diet? Grab a high- performance multivitamin and add B12, biotin, and fish oil.

Hair loss is often linked to low zinc levels, and these delicious green snacks are full of zinc. Get ’em raw and organic.

Killer antifungal/viral/oxidant that improves circulation to follicles. Add to desserts or stir into oatmeal or coffee.

Vitamin A maintains skin tissue. You need vitamin A. Beta-carotene converts to vitamin A in your body. You need beta-carotene. You get it from orange stuff like pumpkins, carrots, papayas, and sweet potatoes. Cheez Whiz doesn’t count.

The ultimate green. Buy it organic, steam it gently, and squeeze a lemon on top.

Think Popeye, but with a beard. Buy the organic stuff and add it to everything—scrambled eggs, smoothies, sandwiches, soups and stews, burgers. When we’re home, I make a greens pie about once a week.

Don’t like veggies? You can also lift weights to boost testos- terone. But you really should do what your mama told ya and eat your greens. Real men listen to their mamas.

Happy Fathers Day to all the bearded and clean-shaved dads! We are thankful for you! Come share your thoughts on being remembered as a Christian dad on our blog. We want to hear from you! ~ Devotionals Daily