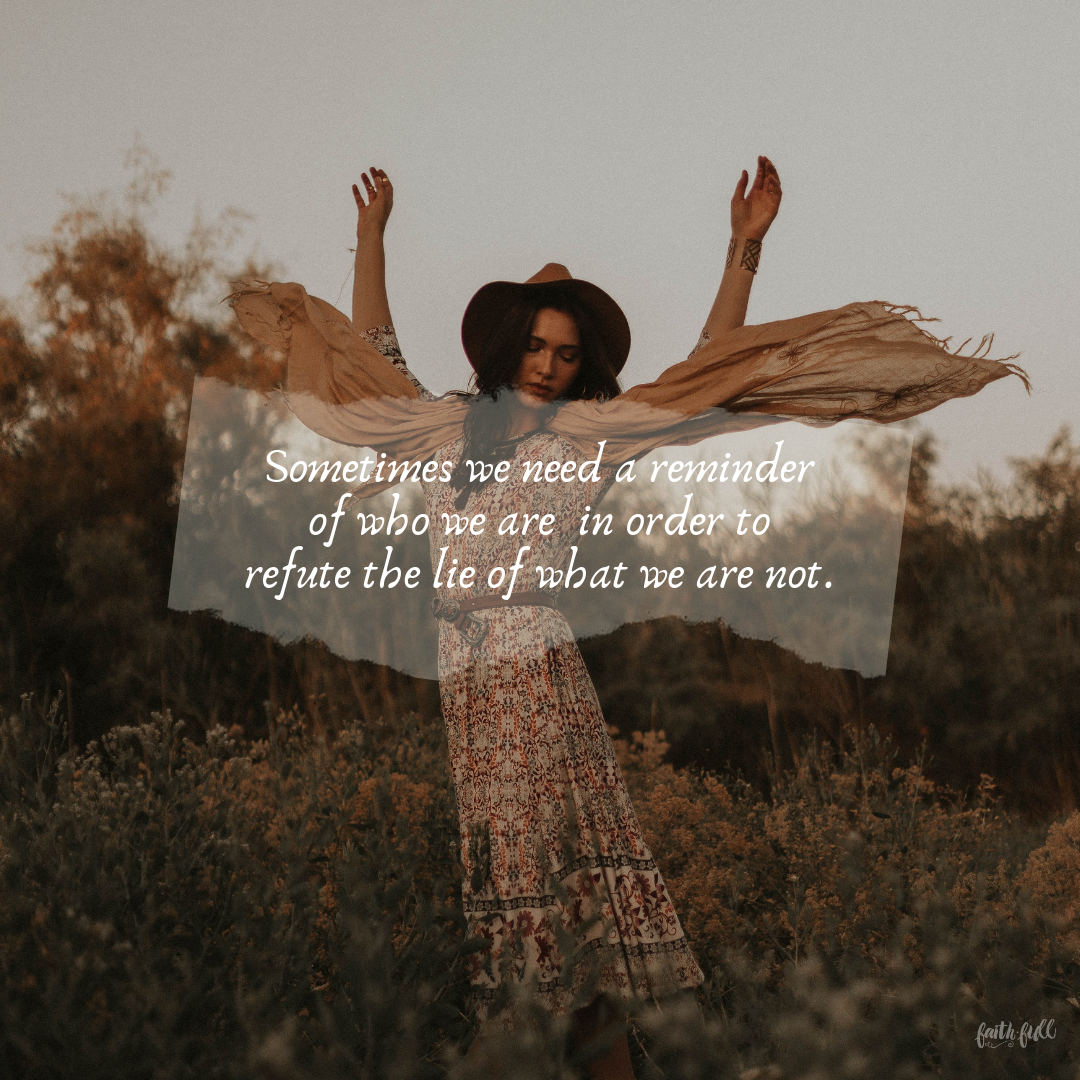 In a large auditorium after a women’s conference, ladies were filing out as music pumped energetically through the building. The excitement in the air struck a stark contrast with the words coming from Brianna’s mouth. A new mother, she had stayed behind to talk to me, painfully unraveling the nightmare she was living. She was jobless, and her husband of five years had just deserted her and their newborn child to rekindle a relationship with an old flame. She held her baby tightly as she wept, and I wrapped my arms around her, listening as she whimpered, “I can’t handle this. This is just too much.”

In that moment, I was reminded of the definition of her name.

“Brianna, your name means ‘strong’! You are strong and well able to handle this.”

She looked at me, her expression serious. I thought I had offended her. Then she asked, “Why did you just say that?”

Embarrassed and caught off-guard, I stammered through my answer, explaining that Brianna is also my best friend’s name and that’s how I happened to know its meaning.

“I felt that you needed to be reminded that you embody strength, just like your name declares,” I said.

“But how could you know that?” she persisted. “My mother used to tell me all the time that I was strong and able. She passed away a couple of years ago, but she always said she’d named me Brianna because I would need to be strong.”

I smiled because I actually had no clue why I had said what I did. I could only surmise that God knew it was what Brianna needed to hear.

Maybe you’ve felt too weak to handle a challenge that sprung from nowhere and took you to your knees. Maybe you’ve failed at something and falsely believed that made you a failure. Worse yet, maybe you had ugly names spoken over you that negatively affected your identity. Were you called Fat? Did someone name you Stupid? Were you known as Slut?

Sometimes we need a reminder of who we are in order to refute the lie of what we are not.

As we head into Bethlehem through the pages of Ruth and Naomi’s story, I want you to discover your name in the midst of whatever situation you’re in. Not the name that was written on your birth certificate, but the name God whispered over you that same day:

No matter what names have been given TO you or spoken OVER you, nothing can replace or supersede your identity as HIS child. Child of God, your story is not done. Your parents may have given you a name, but your heavenly Father has given you your identity.

The concept of renaming might sound foreign, but I believe our identities shift when our names do. For example, Jesus changed the name of Simon, one of his twelve disciples. Simon, which means “reed,” became Peter, which means “rock” (see Matthew 16:18). Jesus said that on the confession of Peter, He would build His church. Peter had a shaky beginning but ended up being a mighty pillar of strength — a rock, if you will — in the early church.

If you love drama, then you’ll love the dramatic story of Gideon, who was named Jerub-Baal by his father in Judges 6. Jerub-Baal means “contender with Baal” (the local god of the area).

But it wasn’t until after an angel called Gideon a “mighty warrior” that his identity changed and his courage grew.

If names are important, renaming might be equally as important. It’s interesting to note that both Ruth and Orpah are Hebrew names. Why is it interesting? Well, because they were Moabites. The names they were given at birth would have, in all likelihood, been in their native language, not in Hebrew.

Scholars and theologians believe Ruth’s and Orpah’s names were not their original or birth names, and that they were used in the biblical recounting of their story to reinforce the narrative. If the name Orpah means “back of the neck,” was it an implication that Orpah turned her back on her friends? Scripture doesn’t say as much, but the last Ruth and Naomi probably saw of Orpah was the back of her neck as she walked back to Moab.

And Ruth? Ruth means “friendly companion,” and Ruth lived up to her new name as she remained with Naomi until redemption was found. Who wouldn’t want a friend like Ruth?

In discovering that “Ruth” most likely wasn’t Ruth’s given name, we can take from this renaming that Ruth can be anyone. Any one of us can take her name! Instead of just wanting a friend like Ruth, we can be a friend like Ruth. We can choose to walk through life’s trials and tribulations to find redemption together and in community, just like Ruth did for Naomi.

Names play a factor not only in who we are called to be, but in how we should live our lives. Whether you feel your given name is a perfect fit or couldn’t be further from the mark, whether you’ve been called something awful by yourself or someone else, you can rename yourself and reclaim your identity.

Child of God, you are chosen, and you are His.

THOUGHTS FROM A THERAPIST

The concept of identity and our perspective of self comes through the cognitive process of thinking and reflection. Thoughts can be simply defined as ideas, opinions, and beliefs we have about the world around us, but also about ourselves and our identities. Thoughts can also have a powerful impact on our emotions and how we interpret them.

If we don’t take time to consider the thoughts we have about who we are and what we are called to be — if we don’t declare our identities — it’s too easy to allow others to declare them for us. I’ve worked with clients who claim identities that other people have placed upon them. False identities such as “failure,” “disappointment,” or “not enough” mar our perceptions of our destinies and ourselves. When we make embracing our true identities as chosen children of God a daily discipline, the decisions we face and the interactions we have can be viewed through a clearer lens.

Let me give you an example. Let’s say you failed miserably at a work project. Perhaps it wasn’t your fault (you were given the responsibility, but perhaps you weren’t given the authority to carry it out). Or, maybe it was your fault (laziness prevented you from finishing what you started). Regardless, you are feeling the overwhelming disappointment of failure. However, failure is not your name or your identity.

Choosing to believe in your true identity as a Chosen One of God allows you to experience failure as just that, a failure. It’s a situational circumstance that brings feelings of discouragement, possibly anger or bitterness, maybe even inadequacy or fear of losing your job or the respect of your colleagues, but it is not WHO YOU ARE.

Allowing the thought that failure is who I am or what I do to invade your brain space can trigger powerful, challenging emotions that further influence our perceptions of self (I feel like a failure becomes I am a failure). If we are not careful, we can allow our issues to become our identities. You have the power to identify an emotion and yet not be defined by it.

Excerpted with permission from How to Have Your Life Not Suck by Bianca Olthoff, copyright Bianca Juárez Olthoff.

What have you been called? What have you believed about yourself that you need to reevaluate? Who are you? Your identity if you’re a believe is actually “child of God”, “beloved”, “belonging to my Creator”. Let’s let that define us today, sisters! Come join the conversation on our blog. We want to hear from you! ~ Laurie McClure, Faith.Full