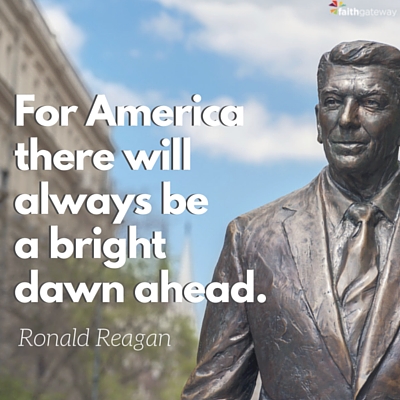 It was a Saturday, just before the 1994 elections, and they were at the Reagans’ home in Bel Air. Reagan had gone to the Mayo Clinic every year for many years to get complete physical and psychological testing that consisted of remembering sequences of numbers, colors, and other tests for acuity and memory. He’d passed each year with flying colors until the spring of 1994 when doctors noted he was slipping, “seeing memory loss that was more than age-appropriate.”1

Later that fall, the decision was made to tell Reagan himself. It was a Saturday afternoon in November. They were in the brightly decorated library of the house in Bel Air. The afternoon sun was streaking through the glass windows. Nancy Reagan already knew; she had been told the night before by Dr. Oliver “Ollie” Beahrs, Reagan’s doctor at Mayo. “Very upset,” she called Ryan and told him she needed him to be at the house the next day when Reagan was told.2

Mrs. Reagan was weeping as the doctor matter of factly told Reagan of the diagnosis. Ryan recalled that Reagan took it in stride, never showed any emotion, and understood what he was facing. Almost immediately he went to a small round table and pulled out a piece of paper and a pen. Ryan asked the president what he was doing, and he replied, “Well, I guess we’ve got to tell some people about this.”3 With that, he composed the letter read and heard round the world, announcing his affliction.

I have recently been told that I am one of the millions of Americans who will be afflicted with Alzheimer’s Disease.

Upon learning this news, Nancy and I had to decide whether as private citizens we would keep this a private matter or whether we would make this news known in a public way.

In the past Nancy suffered from breast cancer and I had my cancer surgeries. We found through our open disclosures we were able to raise public awareness. We were happy that as a result many more people underwent testing. They were treated in early stages and able to return to normal, healthy lives.

So now, we feel it is important to share it with you. In opening our hearts, we hope this might promote greater awareness of this condition. Perhaps it will encourage a clearer understanding of the individuals and families who are affected by it.

At the moment I feel just fine. I intend to live the remainder of the years God gives me on this earth doing the things I have always done. I will continue to share life’s journey with my beloved Nancy and my family. I plan to enjoy the great outdoors and stay in touch with my friends and supporters.

Unfortunately, as Alzheimer’s Disease progresses, the family often bears a heavy burden. I only wish there was some way I could spare Nancy from this painful experience. When the time comes I am confident that with your help she will face it with faith and courage.

In closing let me thank you, the American people, for giving me the great honor of allowing me to serve as your President. When the Lord calls me home, whenever that may be, I will leave with the greatest love for this country of ours and eternal optimism for its future.

I now begin the journey that will lead me into the sunset of my life. I know that for America there will always be a bright dawn ahead.

Thank you, my friends. May God always bless you.

Reagan must have sensed the historic nature of the letter, as he dated it and he almost never dated his handwritten communications.

“They had dreams of what they wanted to do,” said Ryan, but that was all gone. Reagan showed Fred the letter and said, “I guess we should get this typed up,” but after Ryan looked at it, he thought, “It’s in the president’s own hand. That’s the best possible indication of his thinking…”5 Ryan departed for the office to release the supposed “shaky” letter to the world. The Reagans then left for the ranch.

Mrs. Reagan called the four children and told them about their father’s affliction, and Ryan, arriving home, noted that during the Notre Dame–USC football game, the Gipper’s diagnosis was announced live on national television.6 That the game pitted the school where he depicted George Gipp and a school from his beloved California only deepened the poignancy. Later, he made calls to the board members of the Library and close associates and friends to let them know.

The only times Reagan ever discussed his Alzheimer’s was in private with Ryan and a couple of others, but only in the context of what his decline would do to him. After Reagan’s remarkable letter, his doctors issued a statement explaining how the Reagans went to Mayo each year for testing. It continued,

Over the past twelve months we began to notice from President Reagan’s test results symptoms indicating the possibility of early stage Alzheimer’s disease. Additional testing and an extensive observation over the past few weeks have led us to conclude that President Reagan is entering the early stages of this disease. Although his health is otherwise good, it is expected that as the years go on it will begin to deteriorate. Unfortunately, at this time there is no cure for Alzheimer’s disease and no effective treatment exists that arrests its progression. We applaud President Reagan for the courage he has demonstrated by sharing this personal information with the American people.7

Five doctors signed the statement, including Beahrs and General John Hutton, MD, of the Uniformed Services. Hutton frankly told a reporter several years later that Reagan was “in the throes of continual neurological degradation.”8

Nancy Reagan always thought there was a correlation between his fall from a horse in 1991 when he hit his head and the onset of Alzheimer’s. Everybody around him said for the first several years out of office he was fine, his memory was fine, and it may be that she had a point.

In 2013, Neurology magazine published an article saying there was potentially a causal relationship between head trauma and Alzheimer’s.9

Sergeant Murphy was the last horse he ever rode.10

Margaret Thatcher on June 5, 2004, understood better than most the complete significance of Reagan’s time on earth — and not just that he was a nice man who told funny jokes. “He will be missed not only by those who knew him and not only by the nation that he served so proudly and loved so deeply, but also by millions of men and women who live in freedom today because of the policies he pursued,” the Iron Lady said of the Great Lion.11

Today would have been President Ronald Reagan’s 105th birthday. Both the Republican and Democratic parties are radically different today, mainly as a result of Ronald Reagan and the force of his ideas. No twentieth century president shaped the American political landscape so profoundly. Come share your thoughts on our blog. We would love to hear from you!