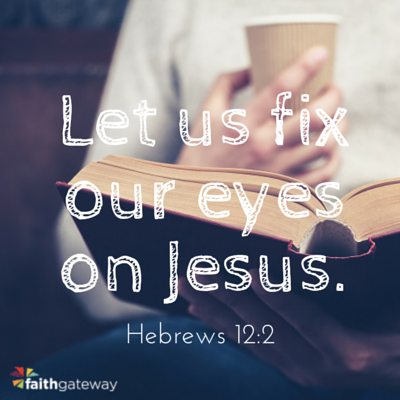 Editors note: Ruth Bell Graham was the wife of Billy Graham, widely acknowledge to be the most effective and admired world-wide evangelist of all time. Ruth was born on June 10, 1920 and passed into eternal glory on June 14, 2007.

Abiding is not hanging on but dwelling in. – W. Graham Scroggie

Faith was the very heartbeat of life at Little Piney Cove.

We began and ended each day as a family on our knees in prayer. One of my earliest memories is of kneeling down beside the fireplace at our first home — called the Old House — and fiddling with a loose brick on the hearth during family devotions.

Of course, my father’s work meant the activities of faith were uppermost in the minds of the adults in our midst. We constantly received reports about my father’s evangelistic meetings; and when we were young, Mother would set up a globe in the kitchen and show us where Daddy was preaching at any given time. Every Sunday afternoon at three o’clock we gathered around the radio in the living room to listen to my father’s weekly broadcast, “The Hour of Decision.” When Daddy came home from his travels, we often knew he had arrived by the cables running from the driveway into the house — a sign to us as we got home from school that he was in his office taping “The Hour of Decision.”

But while my father, due to his demanding schedule, lived out faith for us largely from afar — and he loved us very dearly — Mother lived out her faith in front of us day in and day out. She was more often our primary example.

Mother’s was a practical, everyday faith. Her faith touched all that she did, but not in an ostentatious kind of way.

Mother expressed her faith and her love of God through the common activities of life. Her conversation, for example, was suffused with talk of what God was teaching her. We constantly overheard her discussing the Scriptures with adults or sharing stories of people she knew whose lives had been changed by God through Christ. Her countenance softened —  and it still does—when she talked about God.

Mother also seemed to draw countless spiritual lessons from ordinary activities, and she shared those lessons with us. Hiking up the ridge with us in the afternoons, she might point out a particular tree or bird or view of the mountains and then use what she saw to help us understand a biblical principle or a character trait of God. Things like arguments among us children and dilemmas we faced at school likewise afforded Mother material for spiritual illustrations. In fact, it seemed she could use just about anything to teach us a truth.

For example: I remember a time when the main road into the nearby city of Asheville was being resurfaced. Lines had not yet been painted onto the road, and Mother would reference the bare black top to make the point that in life, people needed guidelines. Without guidelines, she explained, people became insecure and could end up driving in the wrong lane and causing accidents. She meant her point to be both literal and figurative, of course; and, ultimately, we understood what kind of “guidelines” she had in mind — biblical ones.

But Mother did not just talk about God and His principles; she lived by the principles

Christ taught — and lived by them daily. I saw no discrepancy between what she said and what she did, and this consistency is part of what made Mother’s relationship with God so powerful to me.

Mother regularly reached out to people in our community who were suffering, and she kept her eyes open for those in need. An alcoholic woman who needed a place to regroup stayed with us in our home. At Christmastime, we delivered baskets to the less fortunate that were packed with gifts and food from the bounty sent to us by friends and supporters. Money given to us by others went into a “help fund,” which we would use to meet the small-scale needs of local people. And I would be hard pressed to recall a Sunday dinner that did not include guests from the community whom Mother had invited.

Numerous examples of Mother’s goodness to others could be recited here — she made giving a lifestyle; she made it part of what we did as a family. Giving was also an ordinary way of serving God that we children could understand and appreciate.

Mother never construed doing for others as a duty or an obligation. She loved serving people because she loved God. Serving others was a privilege in her eyes. I remember her saying once, as she offered hospitality to some missionaries in our community, that she was entertaining “God’s royalty.”

Mother’s sincere, personal devotion to Christ was something we witnessed on a regular basis. Coming across Mother on her knees praying was not an uncommon experience. We understood from Mother that prayer was personal and vital, not to be treated casually; and when we saw her talking to God in prayer, we did not want to interrupt. We knew that whatever she was talking to Him about was important.

Being in the public eye as she was, Mother no doubt kept her deepest feelings to herself. She was extremely private. I remember her telling me once that with regard to her journals, she did not write anything that she thought might embarrass or hurt another person. I suppose Mother understood that her journals were not only for her, but also for posterity, meaning that even her writing could not be a completely safe outlet for her deepest emotions.

Rather, it was Mother’s prayer life that afforded her a true channel for her most private thoughts and feelings. Mother, as I have written, strived to make the most of all that came and the least of all that passed her by, but I imagine she must have wrestled with some burdens that were hard to let go, burdens about which no one else knew. With these private issues, Mother went to God. She worked out her struggles on her knees; God was her safe place. As a result, Mother’s relationship with God was, and is, very intimate. God truly is her Confidant, Friend, Husband, and Father — He is her everything.

When, as a young married woman, I went to Daddy for some advice on being a wife, he told me that Mother’s secret was “being married to Christ first.”

Outside of prayer, Mother expressed her personal devotion to God in other ways that we children could witness. At night after we had gone to bed, for instance, I would hear Mother playing hymns on the piano — one of her favorites was “Come Ye Sinners.” She wrote poetry, of course; and she painted beautiful pictures, illustrating spiritual truths.

To the extent that Mother let us share in her devotional life, she did so partly because she wanted us to learn how to develop our own personal relationships with God. Actually, everything Mother taught us could be said to have equipped us for loving God — whether she was giving us spiritual instruction while on a hike or disciplining us for fighting with one another. (We were a scrappy bunch!) But Mother was also careful to impart specific devotional disciplines to us, and central among these, along with prayer, was the study of Scripture.

Since I can remember, Mother’s Bible has been worn and heavily marked, evidence of her passionate devotion to studying God’s Word. In fact, over the course of her life, Mother has maintained an almost insatiable desire to learn the truths of the Bible. The Scriptures are part of her warp and woof — they are part of who she is — and from the time we were little she encouraged us, too, in a desire to absorb the Bible’s teachings.

We saw Mother go to her Bible at all times of day for wisdom, comfort, recreation, and instruction.

She used to say, “All the promises of God are on the believer’s side.” Mother took God’s promises personally and made them her own, memorizing huge chunks of Scripture as a regular discipline. She disciplined us, too, to commit verses to memory, regularly assigning us certain passages.

She taught us to plug our names into the verses, so that we understood them as having been written for us. And we were to read the Scriptures daily, preferably in the morning, so we could enter the day’s activities with a bit of truth to chew on and apply as occasions arose.

Mother also gave us copies of books that influenced her own devotional life. She particularly drew inspiration from author and poet Amy Carmichael, the renowned Irish missionary to India, and has given me many of her books over the years. Mother gave each of us a copy of the classic devotional Streams in the Desert, which she read regularly. Copies of other devotionals like Daily Light on the Daily Path and Joy and Strength came to me from Mother, too. (Actually, my one- and six-year-old brothers gave me Daily Light one birthday, but Ned and Franklin, of course, were Mother’s proxies!)

In all, Mother has set such a beautiful example of a person whose whole purpose is the Lord Jesus. Over her lifetime, she has exerted herself relentlessly to stay connected to God. She prayed and stayed in the Scriptures during both good times and bad.

She made the choice daily to look to God as her first love.

She modeled persistent — and consistent — faith, and by doing so created for her children a picture of the truly committed life.

Mother is not perfect and never pretended to be. She struggled. She wrestled with God. She labored to make sense of the complexities of life. I am sure she must feel that in some ways she has fallen short. And yet, whether she was on her knees, at her desk, or out with us on the mountain, we children saw her earnestly and determinedly pursuing God, and an understanding of His ways, in everything she undertook.

To me, it is this example of Mother’s perseverance and passion — not “perfection” — that stands out. When I struggle in my own life, I think about Mother’s love for God, her determination to believe His promises, and her unwavering desire to please Him; and I gain strength and inspiration to stay the course. The Bible instructs us to “run with endurance the race that is set before us, fixing our eyes on Jesus” (Hebrews 12:1-2). This is what Mother has done for as long as I have known her. And for her efforts, her sacrifices, her love for her Savior, and her example of personal devotion, I am profoundly grateful.

Excerpted with permission from A Legacy of Love by Ruth Graham and Stacy Mattingly, copyright Zondervan.

Do you have someone in your life who’s encouraged you in your walk with God and modeled unwavering faith like Ruth’s mother? Join the conversation on the blog! We’d love to hear from you! ~ Devotionals Daily