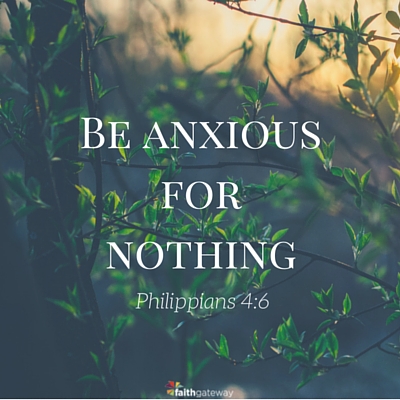 Editor’s Note: Lessons on the Way to Heaven: What My Father Taught Me by Michael Fechner, Jr. is the story of Mike Fechner, a wealthy businessman whose life was transformed by God. Mike was led to focus his attentions on helping the poor in urban Dallas, until cancer appeared. Lessons on the Way to Heaven is brimming with hope and faith, vision and wisdom. It’s a “last lecture” (Randy Pausch) for anyone who wonders what life is all about, who’s hurting and needs encouragement, or who wants to discover the secret of living a life that is so good it is beyond belief.

She was born in 1947, the seventh of eleven children. Her daddy was a sharecropper and died when Velma was young. Her mama did everything she could to help the family survive. They lived in a shack on a white man’s farm and grew their own food.

The white man didn’t allow the African-American kids whose parents grew his crops to attend school. He thought it was too distracting during planting and harvest seasons. Velma’s mama said, “Enough,” and moved her children to Tyler, Texas, where they could get an education. Velma was nine years old before she ever set foot in a schoolhouse.

Like my father, Velma prayed to accept Jesus when she was young. However, when she grew up and moved to Dallas, she began hanging with the wrong crowd. She smoked and drank and did drugs. She married at twenty-one, and a few years later, she and her husband had a son named Romon. Her husband lashed Velma with verbal and physical abuse. One day, she got fed up and told him to leave. He threatened to kill her and chased her, but she escaped with Romon. She went to the police and got a restraining order and, ultimately, a legal separation.

Later, at the funeral for Velma’s nephew — killed in a drive-by shooting — the pastor spoke about the love and forgiveness of Jesus. He invited anyone who was backsliding or not saved to stand.

Velma stood up and surrendered her life to Jesus.

The drug habit ended. Her life underwent a transformation. She had known despair and darkness. Now she delved deeply into the Word of God. Velma began to pray and fast regularly, and she sensed God working strongly in her life.

By the time she met my father in 1989, Velma still had little in the way of money or possessions. She lived in Turner Courts, a public housing project in Bonton. Her neighbor was a drug dealer. A house of prostitution drew a brisk business across the street. Gunfire and police sirens shattered the night. But what Velma lacked in the way of the world’s riches, she made up with faith.

That’s what drew my father to her. My dad had lived an easy life and yet was still a fledgling in his faith. Velma, on the other hand, had lived a horrific life but stuck to God like Velcro.

“I would quickly come to see that Velma had everything I ever truly wanted in life,” my father wrote. “Not money, no. But inner serenity. Abundant hope. Even the respect of the community. I needed to align myself and my family with the God of her faith so that when hard times came, I would not be snapped.”

In November 1989, she and Romon showed up at Prestonwood for a “To Dallas with Love” outreach event at which Jack Graham was speaking. My mother and father also attended the event.

It was winter. It was cold. And nothing against Graham, but at the moment, Velma was more interested in a coat for her son than about any sort of spiritual sustenance. She and Romon were greeted warmly upon arrival. She enjoyed Graham’s message; “there was something special about him,” she later said.

But during the prayer, she had to be honest with God:

Please, Lord, I’m so worried about my boy this winter. If there is any way a coat could be found for him, I would be so grateful. I don’t have the money, but I trust you to provide what I cannot. Amen. Oh, and the school pictures. Twenty dollars that we don’t have. I don’t mean to be a burden, but if that’s possible…

At the time, she had fifteen cents to her name. That night, after returning home, Velma decided there was only one thing to do: fast with the expectation that God would meet her and Romon’s needs.

On the night after the Prestonwood event, she was in prayer at their home when she heard a light knock on the door. Her heart began thumping. Nobody knocked on her door at night. Drug runners after her teenage son? Cops? What? She timidly opened the door. There stood a couple about thirty years old. Well-dressed. Nervous-looking. And white. Her eyes swept the neighborhood, left and right. It wasn’t safe for two white people to be in this neighborhood at night.

“Hello,” said the man — not my father, by the way. “We’re from Prestonwood Baptist. We saw you last night.”

Velma nervously ushered them inside.

“We were praying for the people who came to the event last night,” said the young woman, “and God impressed on our hearts that you needed something for your son.”

She pulled out a coat for Romon. Velma’s jaw dropped. Romon came to the door, saw the coat, and smiled big. He tried on the coat. Perfect fit. Velma turned to hug the woman. At the hug’s end, the visitor pressed something into the woman’s hand — a $20 bill.

As he heard of this act of kindness, my father began to learn that life wasn’t about getting; it was about giving.

Today you may have needs that your current circumstances cannot provide for. What do you need to pray for in abundant faith, fasting in expectation, and trusting God for what only He can do? Come share with us on our blog. We want to hear what God miracles is doing in your lives and those around you! ~ Devotionals Daily

Do not be anxious about anything, but in everything by prayer and supplication with thanksgiving let your requests be made known to God. — Philippians 4:6

Now faith is the assurance of things hoped for, the conviction of things not seen. — Hebrews 11:1