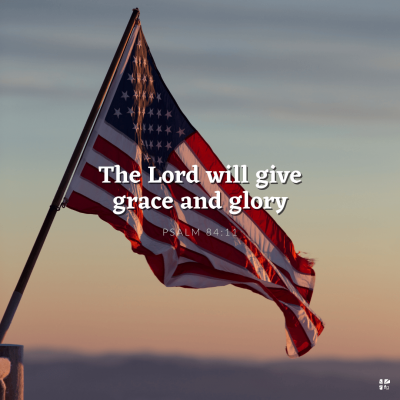 Founding Father and one of the three authors of the Federalist Papers, Alexander Hamilton (January 11, 1755–July 12, 1804), wrote this concerning the nature of liberty:

The fundamental source of all your errors, sophisms, and false reasonings is a total ignorance of the natural rights of mankind. Were you once to become acquainted with these, you could never entertain a thought that all men are not, by nature, entitled to a parity of privileges. You would be convinced that natural liberty is a gift of the beneficent Creator to the whole human race; and that civil liberty is founded in that and cannot be wrested from any people, without the most manifest violation of justice.

And because you are sons, God has sent forth the Spirit of His Son into your hearts, crying out, “Abba, Father!” Therefore you are no longer a slave but a son, and if a son, then an heir of God through Christ. — Galatians 4:6-7

“The Spirit of the Lord is upon Me, Because He has anointed Me
To preach the gospel to the poor;
He has sent Me to heal the brokenhearted, To proclaim liberty to the captives And recovery of sight to the blind,
To set at liberty those who are oppressed.”

For you, brethren, have been called to liberty; only do not use liberty as an opportunity for the flesh, but through love serve one another. For all the law is fulfilled in one word, even in this: “You shall love your neighbor as yourself.” — Galatians 5:13-14

“To Live Is Christ ”

The apostle Paul’s letter to believers in Philippi is a note of thanks for their help during his time of need. He also lovingly urged the members of the church there to center their actions and thoughts on the pursuit of the Person and power of Christ. Paul’s central point was simple: only in Christ are real unity and genuine joy possible. With Christ as our model of humility and service, we believers can enjoy a oneness of purpose, attitude, goal, and labor. Paul then reminded the Philippians that their ultimate citizenship is in Heaven.

When an American says that he loves his country, he means not only that he loves the New England hills, the prairies glistening in the sun, the wide and rising plains, the great mountains, and the sea. He means that he loves an inner air, an inner light in which freedom lives and in which a man can draw the breath of self-respect.

Yet indeed I also count all things loss for the excellence of the knowledge of Christ Jesus my Lord, for whom I have suffered the loss of all things, and count them as rubbish, that I may gain Christ and be found in Him, not having my own righteousness, which is from the law, but that which is through faith in Christ, the righteousness which is from God by faith; that I may know Him and the power of His resurrection, and the fellowship of His sufferings, being conformed to His death. — Philippians 3:8-10

For the Lord God is a sun and shield; The Lord will give grace and glory; No good thing will He withhold From those who walk uprightly. — Psalm 84:11

Happy Independence Day to our American friends! We are grateful for the freedom Jesus came to bring us! Come share your thoughts on freedom. We want to hear from you! ~ Devotionals Daily