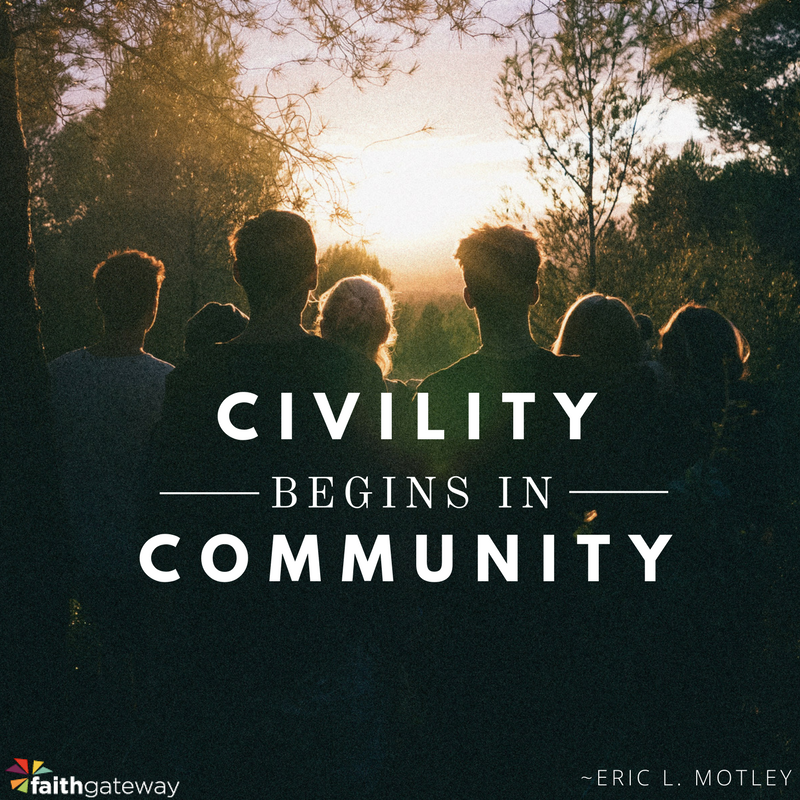 Civility: An Antidote to Neo-tribalism

“Which of these three do you think was a neighbor to the man who fell into the hands of robbers?” The expert in the law replied, “The one who had mercy on him.” Jesus told him, “Go and do likewise.” — Luke 10:36-37

I, like many others, have increasingly become highly allergic to reading or listening to the news. The daily toxic tweets and exchanges have become frustrating, annoying, and devastatingly depressing. Finding myself unable to sleep a few nights ago, I perused the stacked shelves of my study and saw the bare, thin spine of Civility, Yale University Law Professor Stephen L. Carter’s 1998 book subtitled Manners, Morals, and the Etiquette of Democracy. I had read it many years earlier, in graduate school. It seemed relevant then, but the need for it is even greater now.

Carter reminds us that our prized institutions such as democracy and even our survival as a nation depend upon civilizing influences. We are reminded time and time again that

It is formed through a social contract in which individuals realize that it is better to live together than apart, and that certain norms and principles must be adhered to in order for the communal enterprise to prevail. Sometimes it takes individual and heroic effort to surrender one’s own appetites for the common good.

Carter’s book reminds me of a real human drama that unfolded fifteen years after the Civil War, when a fire broke out one night in Madison Park, a small African American community in Montgomery, Alabama. That night the train that regularly passed along the edge of the hamlet derailed. The booming noise as the railroad cars exploded could be heard for miles, rousing the men from their beds. Eli Madison, the community’s namesake, and others struggled to put out the spreading fire, or at least to contain it, tend to the injured train crew, and keep watch over the debris scattered in the surrounding field along the tracks. They didn’t care that it was white people’s property. They prized their community’s integrity too much to tarnish it by looting. At daybreak, when officials arrived from Montgomery to investigate and secure the cargo, the all-white posse was surprised to find order — an outcome they had deemed impossible among African Americans.

This is much more than a story about a group of people trying to save their own hides. It is a story of their doing the right thing because they believed the integrity of the community meant everything. Their non-self-regarding actions expressed their conviction that all of God’s children were created equal. They set a powerful example for their children and future generations, such as myself, of what it takes to live in harmony. Civility is much more than what one does in the brightness of day; it depends far more on what one does in the darkness of night, especially when dangers threaten.

All across our country fires fueled by intolerance and incivility are burning, and they will not be extinguished without commitment to do what is right despite the allure of tribal politics and divisive rhetoric.

My ancestors’ actions in the small community in which I later grew up, one hundred plus years later, serve as an example of what it takes to quench the flames of the forces that continually act to tear our communities asunder. That day reminded everyone in that community that, despite their material poverty, the richness of grace makes it both possible and necessary for us to reach into the deepest reservoirs of our souls to awaken our better angels. Only in that way can we live together in bonds of community that transcend race, social status, political affiliation, and any other trait that would divide us.

You don’t have to look far to see that Jesus’ teaching on being a good neighbor is something direly needed in our communities today.  It’s the opposite of racism, the antithesis of hate on social media, and the cure we need for our culture of violence that fills our news headlines. Come share your thoughts with us about God’s children being created equal on our blog. We want to hear from you! ~ Devotionals Daily