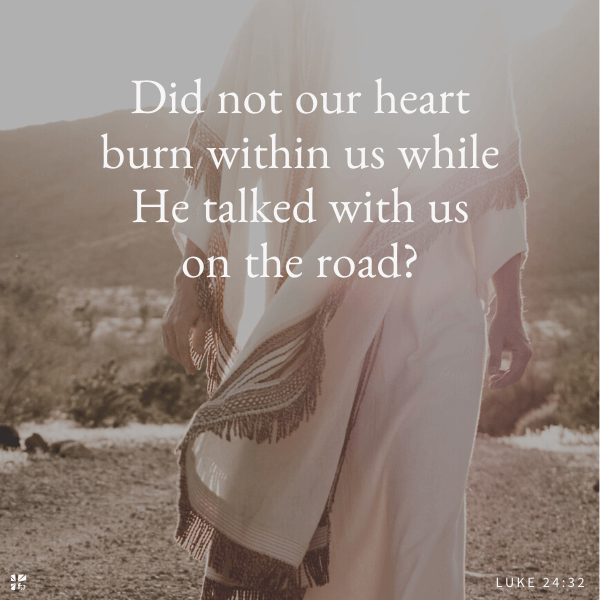 While He was still speaking, behold, a bright cloud overshadowed them; and suddenly a voice came out of the cloud, saying, “This is My beloved Son, in whom I am well pleased. Hear Him!” — Matthew 17:5

Many of us share a common fault in our conversations with others. So often, we fail to listen. We are so immersed in preparing to articulate our next brilliant thought that we are prone to not hear what the other person is saying. How many times have we been introduced to someone and as soon as we walk away cannot even remember the person’s name? On the mountain of transfiguration, the Father gives us some good advice. He introduces His Son, affirms His pleasure in Him, and then admonishes us to “listen to Him” (Matthew 17:5 ESV).

One of the things we often forget about prayer is that it is communication with the Lord. And communication is a two-way street. We talk… and, if we are smart, we listen even more than we speak.

Perhaps one of the most overlooked and forgotten elements of prayer is taking the time to listen to Him. He still speaks to us through His Word and by His Spirit. God is essentially saying to us here, “This is My Son; I love Him; I am pleased with Him. Stop talking so much and listen to Him.”

After the resurrection, Jesus showed up on the road to Emmaus to perfectly illustrate this need in all of us to take time in prayer to stop talking and simply “listen to Him.” For three years the disciples had walked with Christ, talked with Him, virtually lived with Him, when suddenly it all came to an abrupt and crashing conclusion: Jesus had been viciously executed and His body tossed in a cold, damp tomb. Then, all the disciples “forsook Him and fled” back to their own abodes (Matthew 26:56).

Two of these followers headed home to Emmaus, a village seven miles west of Jerusalem. As they walked in discouragement toward the sunset that afternoon, they exclaimed to one another,

We were hoping that it was He who was going to redeem Israel. — Luke 24:21

But they had buried that hope when the body of Jesus was placed in the tomb of Joseph of Arimathea. Dejected and dismayed, they were walking proof that there is never power in the present when there is no hope in the future.

But, then — suddenly — the resurrected “Jesus Himself drew near and went with them,” but they “did not know Him” (Luke 24:15-16). After this incredible encounter “their eyes were opened and they knew Him; and He vanished from their sight” (Luke 24:31). And their response?

Did not our heart burn within us while He talked with us on the road? — Luke 24:32

Isn’t this one of our most pressing needs today? That is, burning hearts that come from listening to Him along our own Emmaus road.

LISTEN TO HIM AS HE SPEAKS TO US THROUGH HIS SPIRIT

There comes a time when we need to stop trying to perform, stop offering our petitions, even cease our praise for a moment, and simply be still and listen to His still small voice speaking to our spirits, and heed the admonition of our heavenly Father to “listen to Him.”

LISTEN TO HIM AS HE SPEAKS TO US THROUGH HIS SCRIPTURE

The Bible remains a sealed book until God’s Spirit opens its truth to us. We may gain a head knowledge of Him through the Bible, but we will never be able to understand a heart knowledge, a spiritual discernment, until, like the disciples, He talks to us along the road and opens the Scriptures to us (Luke 24:32). And we do the listening.

Jesus “expounded” to them in all the Scriptures the things that concerned Himself (Luke 24:27). The word expound connotes the thought of translating something out of a foreign language. The Bible is really a foreign language to those who do not believe.

Beginning at Moses… He expounded to them in all the Scriptures the things concerning Himself.

From the Pentateuch to the Prophets Jesus preached Jesus. From Moses to Malachi He revealed how the entire Jewish Bible speaks of Him. As He spoke to them, a shadow of the cross fell over the Jewish Bible. He was that ram at Abraham’s altar in Genesis. He was the Passover lamb in Exodus, whose spilled blood meant freedom from slavery and deliverance from death… and still does. He was that scarlet thread out Rahab’s window in Joshua. And the good shepherd of whom David spoke in the Psalms? Jesus was that shepherd. As the disciples listened, they understood that Jesus was the suffering servant spoken so eloquently about by Isaiah. And He was the fourth man in the midst of the fiery furnace in Daniel. No wonder their hearts began to burn within them. He was doing the talking… and they were doing the listening.

The disciples’ immediate response was noteworthy. They “rose up that very hour and returned to Jerusalem” to exclaim to all the others,

Their glowing hearts turned into going hearts. With beating, burning hearts they scurried back to Jerusalem, around the corners, down the narrow alleys, up Mount Zion, to find the others and share the good news. And they shared it not with an emaciated question mark, but with a bold exclamation mark: “He is alive!”
One of these Emmaus followers was named Cleopas. His companion is left unnamed. I like to think this is so in order for you and me to find ourselves in his or her place as we walk on our own road today. Perhaps you are reading these words with your own hopes dashed and your own dreams smashed.

Listen to Jesus’ Spirit through His Scriptures.

He is still speaking. And if you listen, you just might walk away with your own heart burning within you.

Today, when your phone rings and you answer and begin listening, let it remind you that prayer is a two-way conversation also. Stop doing all the talking; listen to Him!

When you pray, do you do all the talking? Stop and listen! What has the Lord said to you when you’ve stopped to listen? Come share with us! We want to hear from you! ~ Devotionals Daily