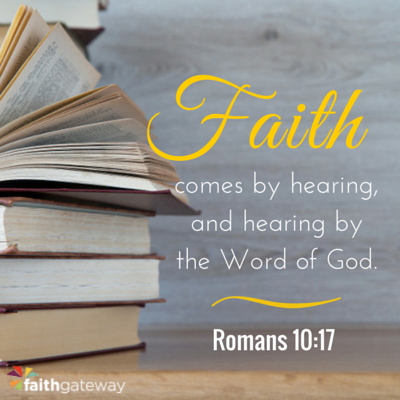 The Power of Hearing

Have you ever seen a child, an infant barely able to stand on her own, dance to the sound of music? I’m sure you have: her eyes wide and brilliant, the little swaddled bum bouncing up and down, splayed fingers waving at the ends of outstretched chubby arms, reaching for something joyous and not quite reachable, laughter burbling from a face aglow with happiness. That child didn’t need to be taught to dance. The sound she heard reached straight down into her innocent soul and set her body in motion.

The same child might be frightened into tears at the sound of a stranger’s sneeze.

A couple, grown used to each other through many years of banal, daily living, hear an old song on the car radio and turn to each other with warm and knowing smiles, reliving the same cherished memory without a word.

You hear from a passing acquaintance a tidbit of “information” about someone you have known and respected for years as a person of inviolate integrity; suddenly you find yourself doubting his character.

A long-fractured relationship is brought to reconciliation by hearing a simple word of confession or apology or forgiveness. The healing process can finally begin: the balm of peace is spread on the old and festering wound.

Such is the power of what we hear.

Of all the human senses, our hearing has the greatest sensitivity and dynamic range. We register sound by processing variations of pressure in the air around us. Those tiny pressure changes are gathered by the shell of the outer ear and funneled down the auditory canal to vibrate the tympanic membrane—what most of us call the eardrum, which is a good name, since it works in much the same way as a drum.

Behind the eardrum, in the middle ear, are three bones called ossicles that amplify and transfer sound onward to the cochlea in the inner ear. The cochlea is a tiny nest of fluid-filled tubes and hairlike transmitters; these translate the vibrations into nerve impulses and deliver them to the brain, where they are interpreted with astonishingly fine discrimination as a wide spectrum of sound.

Apart from the outer ear—which, alas, can sometimes be disconcertingly large, despite its being the least important piece of our auditory equipment—the whole construction is incredibly tiny. Those ossicles, sometimes called the stirrup, hammer, and anvil (because of their resemblance in shape to a blacksmith’s massive tools), are the smallest and most delicate bones in the human body.

Amazingly, with this flimsy equipment, a healthy human ear is sensitive enough to discern minute changes in atmospheric pressure.

Some scientists say that the level of performance of a normal human ear can’t reasonably be expected from the materials involved. In other words, just how we can so effectively distinguish different levels and qualities of sound is still something of a mystery.

For most of us, understanding the mechanics of hearing isn’t all that important. What we hear is, though, and so is how we hear it: the nature of the sound we hear, the context in which we hear it (including our own mental/emotional state, and who or what produces the sound), the message we interpret therein, and the effect it has.

But hearing may be a more-than-physical experience. Most of us understand that we also possess a kind of internal ear, a way of hearing words and sounds that makes no impression at all upon our incredibly sensitive eardrums. We sense that we should listen closely to this interior voice—that it may have more important things to say than the relentless, cacophonous assault of the world around us, or the echoes of other voices that clang about in our skulls during quiet moments. And yet, perhaps, this internal “sound” may also at times be heard in the external.

Thomas Merton wrote of arriving, after “sloshing through the cornfield,” at his hermitage and settling in for the night as the rain drummed on the roof:

The rain surrounded the whole cabin with its enormous virginal myth, a whole world of meaning, of secrecy, of silence, of rumor.  Think of it: all that speech pouring down, selling nothing, judging nobody, drenching the thick mulch of dead leaves, soaking the trees, filling the gullies and crannies of the wood with water, washing out the places where men have stripped the hillside! What a thing it is to sit absolutely alone, in the forest, at night, cherished by this wonderful, unintelligible, perfectly innocent speech, the most comforting speech in the world, the talk that rain makes by itself all over the ridges, and the talk of the watercourses everywhere in the hollows!

Nobody started it, nobody is going to stop it. It will talk as long as it wants, this rain. As long as it talks I am going to listen.

There are moments, aren’t there, when a very ordinary, familiar sound takes on the cadence of the Divine’s voice? Job 26:14 (ESV) describes a number of ways God makes His power and presence known in the natural world and then says,

Behold, these are but the outskirts of his ways, and how small a whisper do we hear of him! But the thunder of his power who can understand?

Throughout the Old Testament, God’s nearly constant lament about His people is that He has been speaking to them (“Do you not know? Do you not hear? Has it not been told you from the beginning?”), and that they have known He was speaking, “Yet they did not listen or incline their ear.”

I don’t want to miss hearing that Voice, whether it whispers or thunders. Every time I’ve heard it before, it was loving and tender, full of blessing even when it delivered a message to bring me to my knees: challenging, refining, comforting, affirming, anchoring.

And so I pray:

Lord, open my ears, that I may release what I have heard, and so hear You, become a listener, and truly hear others.

Excerpted with permission from Simply Open: A Guide to Experiencing God in the Everyday by Greg Paul, copyright Thomas Nelson, 2015.

Be expectant for God to speak to you! Pray these words from Greg Paul’s prayer: Lord, open my hears. Join the conversation on our blog! We’d love to hear from you about listening for the voice of God! ~ Devotionals Daily