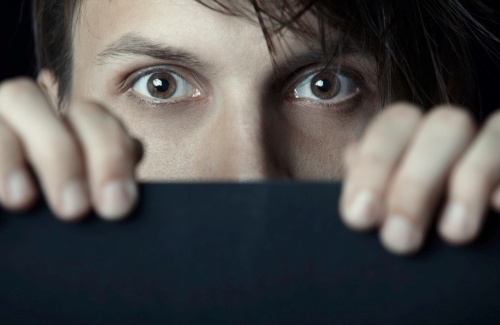 If you’re keeping your actions a secret, then most likely you’re doing more than just zipping your lip—you probably also have evidence you need to dispose of: a web browser history that needs to be cleared, a candy bar wrapper that needs to be thrust to the bottom of the trash can, a few dollars missing from the company’s petty cash drawer that need an explanation.

One of the most prevalent examples of this type of behavior can be seen online, and not just with pornography. Social media has opened up the world in many beneficial ways, but it also has removed barriers between us and our baser impulses. Now, if we’re not feeling especially loved at home, then unconditional acceptance is only a chat window away.

More and more people are turning to social media sites like Facebook—especially Facebook—to pursue relationships outside the one they’re in. From the casual fling to the high school hookup to torrid confessions of love in a Facebook message, people are using the connectivity of social sites to indulge their lusts and passions. In fact, the word Facebook is now cited in one out of every three divorces.

I’ve seen story after story after story of jilted boyfriends or disillusioned wives who have discovered that the person they love has been carrying on a secret relationship through Facebook, Twitter, LinkedIn, Instagram, and plenty of other social media hubs, including some dating sites. In fact, our ministry now runs a website called FacebookCheating.com to help tell those stories as cautionary tales. With each one I read, I see that the discovery of an affair wrecks the discoverer emotionally, and often the person who has been cheating expresses an exhausted relief that he or she has been found out.

There are hundreds of stories on that site, and almost all of them feature the same sort of pattern: a spouse or significant other signs up for Facebook, often with the help of their committed partner, and things go fine for a little while before suddenly the spouse or significant other begins acting suspicious and starts hiding something. Maybe an old high school flame has sent a friend request, or maybe the new Facebook user is the one sending the request. The secrecy and hiding continue until the cheated-on spouse or significant other gets wise and does some detective work to uncover the truth of cheating.

In one of the stories on FacebookCheating.com, the cheating spouse simply began playing Words with Friends with random strangers and became so secretive that it aroused her husband’s suspicions. Months later, he found out she’d been meeting one of her Words with Friends partners for intercourse once a month, and she soon moved out to live with him.

So much hiding. So much deceit and suspicion.

Hiding your true behavior is no way to live. Cheating is reprehensible, and if you’re struggling with it, you need to start seeing a professional counselor to get at the root causes of why. But if you’re even struggling with thoughts of cheating, or if you have an ulterior motive for sending that friend request to the attractive person from your past, you don’t need to manage those thoughts and feelings on your own.

By getting accountable, you’re discussing these things in the open with someone you trust, often discovering patterns or behaviors you didn’t even know were there. What a joy to be able to let go of some of these load-bearing practices. We often don’t deal with any of this stuff in our lives until there’s been an affair or some transgression, but accountability gives us a platform not just to prevent the behavior or deal with the impulses for that behavior but to examine why we feel the way we do. To uncover why we might be seeking out other partners.

In this way, accountability can be preventative and squash potential missteps (or worse) right away. It can be a proactive means of living out in the open instead of a reactive life of secrets and hiding.

No Worry or Guilt

When you have secrets and hide behaviors, you live in a constant state of worry, a continual fear that you will be discovered. You’re restless, always looking over your shoulder, waiting for the inevitable moment when you will be found out, whether it’s in the next thirty seconds or thirty years from now. You can’t relax and you can’t enjoy life because of that gnawing, looming dread that all those secrets you work so hard to keep hidden will eventually bubble to the surface.

Your mind becomes a sounding chamber for worry. Did I clear my browser history? Did I throw away that cheeseburger wrapper or did I accidentally leave it in the car? I can’t detect any smoke on my coat, but is that just because all those cigarettes have wrecked my sense of smell?

We can get a dramatic, behind-the-scenes view of the widespread effects of worry and guilt in, of all places, William Shakespeare’s masterpiece Macbeth. This time-honored play depicts the tragedy of a greedy husband and wife who murder their way to the throne of Scotland, only to be undone by their worry and guilt.

Now, I’m more of a TMZ guy than a classical literature guy, but I can’t ignore the parallels between this classic story and the types of secrets we all tend to keep if left to our own devices. In the play, Lady Macbeth convinces her husband to murder the existing king of Scotland and usurp his throne. But once the deed is done, both husband and wife immediately begin to worry that their cunning will be discovered. They are terrified they will be found out, so they continue on their murderous path. The body count grows, eventually engulfing entire castles full of innocent people.

Lady Macbeth is the main mouthpiece for this worry and guilt, as she is given a memorable moment in the play where she sleepwalks, dreaming of bloodstains on her hands that won’t wash off (the immortal phrase, “Out, damned spot!” comes from this scene). Eventually, Lady Macbeth is so plagued with remorse, worry, and guilt that she takes her own life in order to be at peace.

This is no way to live. And when you get accountable, you don’t have to. There is no liberation quite like the feeling of being able to focus fully on the world around you, without the constant, nagging distraction of making sure you’ve covered your tracks and then worrying about whether you’ve done it well enough to avoid detection. If you’re living a life free of secrets, you’ll never have to worry about being exposed. And that is a wonderful feeling.

How has accountability and honesty with others changed your life? Share your thoughts by leaving a comment below. 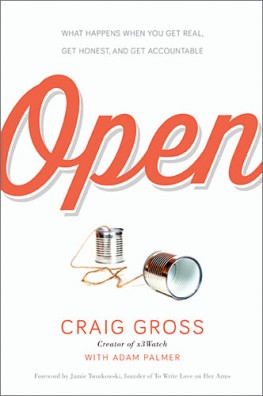