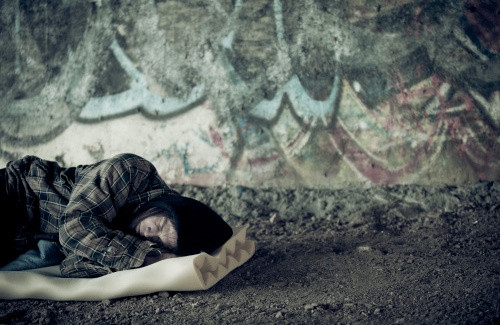 Editor’s Note: While taking his final course at Harvard, John Frame stepped outside the walls of academia and chose to live on the streets, pursuing a different kind of education with his homeless friends. This is one story about John’s friend Neal that provides a closer look at what it’s like to live among the homeless of Cambridge, Massachusetts.

“John,” Neal said to me, “I’ve been thinking; we need to do some prayer and meditation, like in the Common. We’ve been hanging out; we should spend time in prayer and discussing Scripture.”

“A couple hours. I’m retired,” Neal responded, in a serious kind of way.

So we agreed to have our prayer meeting on Saturday. Our meeting wouldn’t be just for Neal’s benefit, either. It would be good for me to pray more too; it was something I hadn’t done a whole lot of, and that was in need of changing. It would be like a retreat, something we both would look forward to. The Common wasn’t exactly a national park, but it seemed like a place where we’d find reasonable quietude away from CVS and the hustle and bustle of Neal’s Island, despite its being just a football field’s distance away.

We made our pact that night to have our retreat, and walked toward the Common, where Neal wanted to sleep.

I really want to drink less and be in devotion to the Lord Jesus of Nazareth, he told me as we walked.

We saw a police van parked on a nearby street, as if the officer inside was surveying the Common. “They can’t do anything to us,” Neal insisted. “In Florida, they’ll arrest you for being homeless. I got put in jail once, and I asked why, and the cop said, ‘Cause you’re breathing.’ ” Neal laughed hysterically at the memory. He’d said just a few days before, “Laughter keeps me alive.”

A few yards away from us stood The Great Hunger monument, dedicated by the president of Ireland in 1997, to remember the Irish Potato Famine of the midnineteenth century. The bronze figures, especially the impoverished woman holding her baby, speak a thousand words about poverty. “Never again should a people starve in a world of plenty,” the inscription reads.

Neal looked down at the grass, stationed his cart, and chose the spot that would serve as his resting spot. He had no sleeping bag, since he lost it in a recent dispute with somebody who insisted Neal’s sleeping bag was really his.

“I have my North Face coat on,” he said, trying to reassure me. “And where’s my blankie that Charlie got me?” He looked for the small blanket that our non-homeless friend, who lived nearby, had recently purchased for him. Finding it in his cart, Neal laid it on the grass, making his bed for the night.

Quite a life it is, I thought.

Just like many of us, Neal had regrets about his life and questions about the future. I don’t think Neal wanted to drink like he did. He just didn’t think he had much of a choice. He seemed to be sensitive to God’s desire for his life. Sometimes he’d say things that gave a glimpse into the struggles he had with himself, such as, “Every time I complain that I’m broke, I think about kids with cancer. And I have to apologize to the Lord.”

And one time Neal said to me, “We should really be spreading the news of Christ. We talk about it if someone brings it up, but we should be asking people if they know Christ.”

I’d later learn that, in his younger years, Neal had considered going into the ministry.

Neal had lots of friends in the homeless community, as well as friends who were not homeless, such as Amy, who after having met us, stopped by often on her bike. Sometimes Neal met Christian visitors who would chat for a while and buy him something to eat.

Although Amy and others had the capacity to support Neal in ways that his street friends couldn’t, the atmosphere of street living was difficult. I remember thinking, after my first week on the streets, that I had never heard the f-word more in my life. And normal street talk often included crass conversations and degrading and sexual comments about others. Being around profanity and gaining an insider’s view of the street culture affected, to a certain extent, my own thinking and attitude, weighing on me at times. I’d find myself thinking in the voice of someone on the streets or, at times, felt myself agitated with others, no doubt reflecting normal stress I was under at the time.

Sitting on a bench eating pita bread, Neal looked at me once and said, “You know what, John? You’re looking like a real bum.” Chubby John said I had bags under my eyes. “Pretty soon you’ll have luggage,” he joked.

The deeper people sink into the pit of despair on the streets — pulled into thinking that the alternative culture of street life is not just legitimate but just right for them — the more their hopes and dreams die for anything different.

I think down deep, even people on the streets knew that. “You can see how people lose hope out here and start drinking,” Chubby John commented, when he and I were speaking with the pastor of the Outdoor Church one Sunday.

For some, alcohol is an escape from past failures, daily anxieties, or fears of the future. And it can also be complicated by mental illness.

Neal would tell me, just a few weeks later from a hospital bed, that drinking with friends on the streets helped being on the streets. In my opinion, it was that very element of “help” that, in reality, actually hurt.

I asked Neal what he thought about his drinking in light of his faith. He wanted to stop drinking, but couldn’t figure out why he couldn’t. “Cause you keep picking it back up,” I said, realizing that my comment was insensitive to the difficulties he faced.

“There’s nothing that you’ve said that I don’t already know,” Neal replied. Then he reminded me that he was a philosopher and could help answer any questions that I had.

My talks with Neal were some of the best experiences of my time on the streets. I probably hid most of my frustrations from him, because that’s what we often do when we’re around people who do things that we believe are not in their best interests. Maybe I reinvented his drinking habits in my mind, believing that what he did with his life was his own business and would probably go unchanged by my opinions anyway. Just because we didn’t agree on everything, though, didn’t mean we couldn’t be friends.

At some point during the summer, Neal showed me a flat, bluish- gray stone that looked like it had been smoothed in a riverbed. At some point, water or weather had broken it in two. It was a stone you might use for skipping from the shore of a calm lake. He showed the stone to me using both hands, holding the two pieces together like one half wasn’t meant to be considered apart from the other. He gave me one of the pieces, told me how our friendship was important to him, and how that little stone symbolized our relationship. I was a part of him, and he was a part of me. To Neal, the rock halves fit together just like friends did. 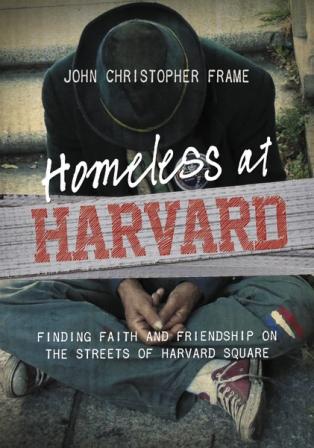