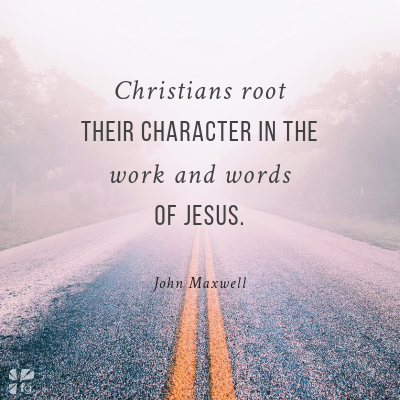 Give careful thought to the paths for your feet, and be steadfast in all your ways. — Proverbs 4:26 (NIV)

2017 was an interesting year for leadership. In fact, it may very well have been a pivotal year for the concept because so much of what happened raised a powerful yet simple question:

Where have all the good leaders gone?

Whether we talk about leaders in politics, entertainment, or business, 2017 was a year that revealed much about leadership in our culture. If you read much of what’s being written about leadership these days, we have reached a crisis point. It would seem we suddenly lack for leadership.

I’ve been in leadership for decades, and have spent the last 40 years teaching leadership founded on Biblical principles. I’ve seen trends come and go, but there are two things that remain constant in this critical area:

1. There are never enough leaders.
2. Every leader needs development.

You see, what was revealed in 2017 wasn’t new. There are always people in positions of influence who think that the position alone makes them a leader. But position doesn’t make a leader any more than expensive basketball shoes make me ready to play in the NBA. To become a leader, a person has to develop themselves. They must dig into areas of character, priorities, attitude, and vision. They have to discipline themselves to not only set the agenda but set the table for others to succeed.

Character is who you are on the inside. It’s not the words you say, or even the things you do, but the deeply held beliefs about who you should be.

Christians root their character in the work and words of Jesus, and we live day-to-day trying to follow His example. Some days are good, some days are not so good, but there is always the same foundation: we follow Jesus.

One of the best ways to illustrate the challenge of our walk is what I call “living between the lines.”

The concept is simple: as I travel the road of leadership, to my right is the line of success. When I’m over near that line, everything is going well, I’m achieving success, and I’m winning. To my left is the line of failure. When I’m close to that line, nothing seems to go right, and I’m living Murphy’s Law: anything that can go wrong will go wrong, and at the worst possible time.

Most of the time we live between those two lines. When people see us on the success line, we have to be careful not to think that is who we really are. We can be like the athlete who wins a gold medal or a Super Bowl and starts to believe he’s spectacular all the time at everything he does. It’s not reality. People may try to put such individuals on a pedestal, but they will surely fall off.

There are also times when we travel along the failure line. We all make mistakes. We all make bad choices. We all fall short. If we believe that’s who we are, we won’t want to get out of bed. We shouldn’t buy into that either. Both lines — of success and of failure — are extremes. We’re neither as good nor as bad as they might indicate.

Building a solid character is about living life between those lines. In my early years, I only wanted to tell others about my experiences on the success line. I wanted to impress people. As I grow older, I feel an opposite pull to share my failures so that I can encourage people. I have to be mindful to live between those two tensions in order to make the most of what God has given me.

The writer of Proverbs summed it up well:

Give careful thought to the paths for your feet, and be steadfast in all your ways.

We have to be intentional about our lives and the path we choose to walk. If we aren’t, we’ll find ourselves drifting too close to the lines, in danger of crossing into territory that will limit our influence.

So, let’s set our minds on learning the lesson from 2017 by becoming intentional about developing our leadership in 2018. This can be the year that we step up to fill the leadership gap, and seize the opportunities to make a difference in our families and our communities.

If we’ll do that, no one will end 2018 asking: Where have all the good leaders gone?

Instead, they’ll ask: Where have all these good leaders come from? And how can I be like them?

2017 revealed a serious lack in great leadership across the board. Who will rise up in 2018 and show Godly character in leadership? Maybe you? Let’s pray today for our leaders and for our up-and-coming leaders that they would be surrendered to God! Come share your thoughts with us on our blog. We want to hear from you!