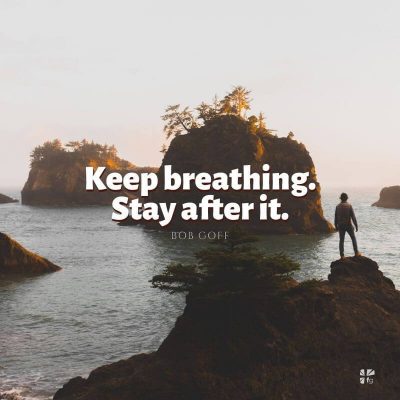 When I turned sixty years old, I had three ambitions. I wanted to learn how to jump a dirt bike, hot-wire a car, and figure out how to pick a lock. I’ve made a little progress on each of these. I bought a KTM 500 dirt bike, and so far, I’ve gone thirty feet. Here’s the problem — the bike only went twenty. I went right over the handlebars. I haven’t quite learned how to hot-wire a car, but I broke a screwdriver and my steering column trying. Neither of these ideas turned out the way I thought they would, but I did learn how to pick a lock.

I learned by buying a transparent lock so I could see each of the seven pins inside the lock trip when I put a paperclip in and moved it around. When you’re looking through the transparent lock, it’s not hard to pick. It takes a little more work however, to pick the lock when you can’t see through it. To practice this, I put my clear lock under the table as I try. Getting the lock open when you can can’t see it takes a lock picker’s touch.

There are forty waterfalls on our property in Canada, the tallest of which is hundreds of feet high. Standing in front of this waterfall will take your breath away. I’ve taken plenty of my friends to see it. I’ve even taken a few down a narrow passage that allows us to get behind the waterfall. Then we walk through the waterfall together. This is not unlike what you’ve been doing in this book. It’s always a little mind-blowing for my friends when I invite them to step behind the waterfall and then walk through it. The water is moving fast; it has a lot of force. It’s falling from hundreds of feet above them and there’s a lot of it. Here’s what I’m getting at. If we’re going to make forward progress on our ambitions, we all need to move from looking at our lives and our ambitions from in front and behind and actually step into them at some point.

Even though my friends can’t see what’s on the other side when I invite them to step into the waterfall, they’ve got a pretty good hunch about what’s there. They don’t need anyone to give them more information or instructions to start. You don’t either. We just need someone who will walk through the waterfall with us. That’s what this book is about. We all need to take the step, and it will be easier if you take it with someone you trust. Just on the other side of the waterfall, many of our best ambitions have been waiting for us.

Perhaps you’ve got your ambitions pretty much figured out. Maybe you’re still figuring out the details on a couple. Either way, it’s time to walk through the waterfall. Any time I’m embarking on a new dream, I get a mixture of excitement, anticipation, and a little anxiety about what the outcome will be. There’s this veil you have to step through in order to see what’s on the other side. Life has a way of saying no peeking as we start to make steps forward. I have a little phrase that, for me, captures this moment: living on the edge of yikes.

One of my larger ambitions was to help end an armed conflict somewhere in the world. The organization I started has been at work on this mission in Uganda, Iraq, Afghanistan, and other war-torn countries. It turns out it’s really hard to get people to lay down their weapons, but that doesn’t mean we stop trying.

Since 1991 when its government fell apart, Somalia has been locked in a huge conflict. It has been at war with itself for almost thirty years. We’ve been working in a number of countries whose children grow up under the crushing weight of armed conflict. Iraq had an ISIS caliphate. Uganda had a child solider–driven insurgency. Afghanistan has been invaded by just about everyone at some point and is heavily influenced in all areas of the country by the Taliban. Somalia has a dozen clans battling each other for power, and now al-Qaeda is a huge presence.

I’ve stayed in three hotels in Mogadishu, Somalia. Each one has since been blown up. Somalia is a country overrun with strife and conflict. If something goes wrong in Mogadishu, you can’t just write a bad Yelp review. Before you arrive, you send your blood type so they can have some on hand. You also need to give someone you trust a proof-of-life question in case you’re abducted for a ransom. My answer is this: “Screw these guys. Don’t give them a penny.”

We’ve been operating in these countries in the hopes of easing some of the pain and bringing a little hope and a few more opportunities to the children. Why? It has been one of my ambitions to help young kids, and in particular, young girls, to get the shot at life they deserve, not just get shot at.

In a war, everyone takes a hit, but children, and especially young girls, always seem to pay the highest price. I want to try to level the field for them. Many people in these countries will agree that all people are created equal, but in reality boys are treated like they’re a lot more equal than girls. It can be outrage or passion or both that causes us to pursue our ambitions.

When you’re exposed to something that connects with your passion, make it an ambition to find a way to effect some change.

Al-Qaeda’s franchise in Somalia is called al-Shabaab, which means “the youth.” They recruit young men to fight for them by making deceptive promises of an education. The boys learn later that they’ll be educated on how to make explosive devices and take lives. Young girls don’t fare any better. They aren’t taught how to read and write and many are sold into forced marriages when they are barely teenagers. We didn’t wait for an invitation to start schools and create safe houses in these countries. You don’t need an invitation to pursue your ambitions either. You’re here, you’re alive, and you’re able. That’s all the invitation you need.

If you’ve had ambitions for years and you haven’t rolled them out into the world, it would be worth asking yourself why.

Jesus never told anyone to play it safe. You were born to be brave. Act like it. Live into this truth.

If you want some of your ambitions to take a leap forward, get out of the green zone in your life and take a couple of risks. If you’ve built some pretty high walls, you don’t need to tear them all down; just build a door or two through them and get on the other side.

There is plenty of conflict and uncertainty in Somalia, but there is also boatloads of hope. Some people actively look for hope even in the midst of chaos. Be one of these people. The reason is simple. We all find what we spend the most time looking for. It’s the same with our lives. Don’t get wrapped around the axle despairing that your ambitions haven’t been achieved yet. Delight in the fact that you have a couple of things worth doing that you haven’t gotten to yet. Cultivate a spirit of hope and live in constant anticipation of what might become possible in your life if you make your way out of the green zone. There are no boxes to check, just lives to be led.

When we got off the airplane on our first trip to Mogadishu, walked out to the SUV with tinted windows that I had arranged to meet us. In front of us was a truck with a half dozen guys on rails with machine guns. We drove out of the green zone and into the city. Mogadishu shows the wear of twenty years of civil war. Bullet holes and mortar shell pockmarks are evident on most buildings. It’s like a level in Call of Duty. I have done some crazy things in my life, but driving through the narrow and often roadblocked streets behind our escort raised the hair on the back of my neck. This felt like my edge.

Mogadishu is a tricky place. It’s full of beauty and hope and violence and bullets and explosions. When an attempt is going to be made on someone’s life, their car will be cut off from those who are providing protection. Then bad things happen. Twenty minutes into our drive, as we were winding our way through Mogadishu, we turned down a narrow street and a car cut us off. The driver of our car turned to me and said with no small amount of terror in his voice, “This is really bad!” Now, there are two things you do not want to hear in Somalia: “This is really bad” and “I’m the captain now.” I wasn’t expecting what happened next. The guys with the machine guns protecting us in the truck in front started shooting. Never short on words, all I could muster in the chaos was “Yikes!”

I know it doesn’t sound big, deep, and theological, but it’s big, deep, and theological. Here’s why. I’ve spent my whole life becoming more and more comfortable. I have a house, a car, a boat. Heck, I have a dog I don’t even want. What I’ve discovered is that comfortable people don’t need Jesus and don’t chase their ambitions — desperate people do. If we’re going to get after our ambitions, God doesn’t want us living right in the middle of comfortable anymore. He wants us living on the edge of yikes.

If you want to get after your ambitions, you’ll need to move away from much of the comfort you’ve worked so hard to create. This might mean you need a change of address to your own life. Don’t worry, you’ll still get important mail from your trusted friends who will support you on this adventure. Let all the rest of the junk mail get returned to the senders.

Have you noticed how comfortable people seem to have all the opinions? Desperate people just have Jesus. Look at your comfortable job, your familiar circumstances, the predictability you’ve spent a lifetime cultivating. Perhaps these are the things keeping you from your ambitions. Could they be holding you hostage? Living on the edge of yikes can be scary and hard, and it’s sometimes even painful. That’s okay. Keep breathing. Stay after it. Move toward your edge where Jesus is waiting for you. God’s not leading us to the safest path forward, but to the one where we’ll grow the most.

Are you living on the edge of yikes? Are you anywhere near the edge of yikes? If not, why not? We have only one life! Why not live it passionately, boldly, and bravely? Come share your thoughts with us! We want to hear from you about dreaming big! ~ Devotionals Daily