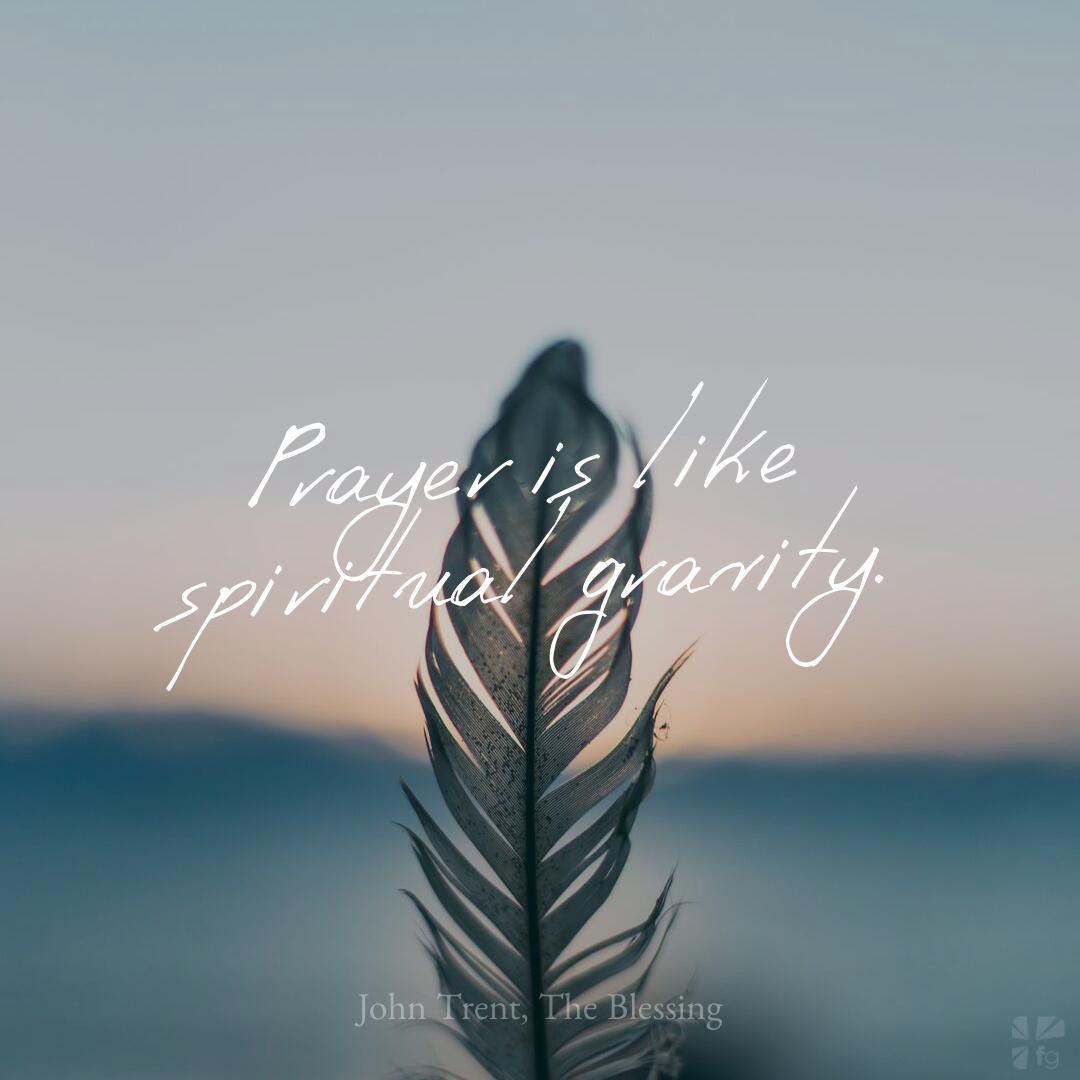 We get it that many people today are spiritually homeless when it comes to a church or doing much with their faith. But the Blessing is all about getting to know and love Jesus — whose love and blessing we’re going to be living out with others. He modeled loving people well — blessing them. He calls us to be people of blessing as our job and as a key part of our purpose. So we certainly love people who don’t know Jesus or see much value in prayer. But a Blessing Group is one where people are going to pray, just like Jesus, who took time out to pray to his Father and with the disciples. Prayer is like spiritual gravity. It’s a way of connecting and sharing with God. If you haven’t done much praying — alone or in a group — it’s not as hard as you think! Picture one of those really big balls that are super soft. Whoever is praying is picking up the ball and tossing it to the Lord. And then it gets tossed back, and then we toss it to the Lord. It’s like being in a conversation with someone. Even if this spiritual side of things is a little uncomfortable, we ask that you choose to be uncomfortable for a time. Our prayer is that you’ll become more spiritually comfortable in a safe place where people aren’t going to grade you on your prayers. Just be glad there are people around you who are tossing the ball back and forth with the Lord — praying for you and one another.

We started this book with two stories of people who missed the Blessing, but we’d like to close this book with the story of a couple who decided they were going to keep giving the Blessing — no matter what. That’s our prayer for you, that you’ll find ways to keep reminding yourself that the Blessing is your “job,” and that you’ll lean in and bless others — just as this couple did whose son couldn’t hear a word they said.

Years ago my wife, Cindy, and I were teaching about the Blessing at a conference for physicians and their spouses. That’s when we met little Aaron’s mother. She came up quietly. She shared her story softly. Yet it left a profound impact on our lives — that is, after Cindy and I had stopped crying and thanking God for what we had heard. It seems that several years before, this woman and her husband (both physicians, by the way) had traveled from out of state to attend a similar conference of ours. They left their precious three-year-old son, Aaron, at home with a babysitter. While they were gone, Aaron began to spike a fever. The babysitter called, then called again. But the cell phone reception wasn’t great in the hall, and it took them some time before they could return her call. By the time they did talk, the sitter was terribly worried about their son, particularly because his fever was so high.

Imagine two doctors, thousands of miles from their hurting son, unable to do anything to help. Needless to say, they left for home immediately, but by the time they got there, little Aaron had been diagnosed with viral meningitis and sustained profound hearing loss as a result of the fever. The parents, of course, were devastated when they got this news. But they determined their son’s hearing loss wouldn’t stop them from blessing him — not for a single day.

Up until the day their son lost his hearing, this couple had done something that they had seen in one of our videos. The video showed Cindy and I singing that simple little blessing song we had made up for Kari and Laura when they were little to wake them up in the morning. We would hug them as we sang:

The Lord bless you and keep you throughout the day.

But now Aaron couldn’t hear that good-morning song or blessing. So they immediately set out to learn the words in sign language. That way, as Aaron grew older, he wouldn’t miss a day of them sharing that he was special and valuable to them, that God had a special future for him, and that his parents would always be committed to him.

I think of all the children I have met whose parents never bothered to say “I love you” even once to them, who never told them anything about their future except words like, “Don’t take algebra. That’s for the smart kids.” Parents who would never take the time to write a blessing letter, no matter how much it could mean to their child.

And may a million more lives be changed in the process.

Excerpted with permission from The Blessing by John Trent, copyright John Trent and Kari Trent Stageberg.

We all need the blessing. Your friends, your family, your co-workers, you. How can you take action today and impart the blessing on someone else’s life? Share your thoughts on our blog!