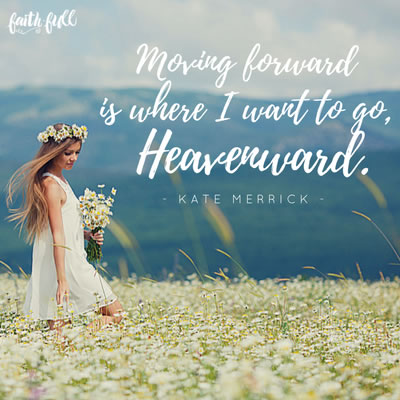 I’ll start at the beginning of the end. In September 2009, Daisy Love, my darling girl of five years old, was diagnosed with kidney cancer. It was a Monday, the third week of school. I was so excited that fall because for the first time in nine years I would have a bit of freedom. Both kids would be in school full-time and I had a fall bucket list all lined up. By far the best way I could think of spending that freedom, and what’s always at the top of my list, was going surfing with my husband. He was a pastor and happened to have Mondays off, so we packed the car accordingly before we loaded up the kids for school.

It’s mystifying to see the little ways God works in our lives. Sometimes it’s a monumental, cosmically cool event, and other times it’s as simple as the order of how things go in a day. On this Monday, we dropped off the kids and headed south on the freeway in Carpinteria, California, to Channel Islands, my husband’s family’s surfboard business. We headed into the factory to pick up a new board for Britt and a demo of a new model for me to try. My newfound liberation from mom duties that Monday made it fun to do even mundane-ish things, like hanging out in a dusty surfboard factory talking to old friends. Our loitering took longer than standard loitering usually does, and by the time we were back in the car and heading to the beach, we got a phone call — the call we would have missed if we had left sooner and headed straight for the water.

“Daisy has fallen down and is not feeling well. She is vomiting and in pain,” our dear friend at the school said on the other end of the line. Daisy, our sunshine. Daisy, our creative and hilarious girl. Daisy, our freckled and funny and cool and kind and loving and full-of-life daughter. Hurt.

After many hours in the ER and myriad tests, the pediatric doctor in charge of her case called for an oncologist.

A nurse came in with a peculiar look on her face, setting down a box of tissues. I didn’t know what an oncologist was, but I knew what the box of tissues was for. And so began the years of sickness, of physical and emotional agony, of soul-searching, of gut-wrenching real life. The kind I was convinced we were immune to.

While my son learned multiplication tables, my daughter had a massive tumor removed from her abdomen. While her friends went to birthday parties, Christmas cookie parties, and ski trips, Daisy went to the clinic for chemotherapy and home to vomit. While my friends decided which extracurricular activities would most benefit their little ones, I decided which beanie would most gently cover my little one’s tender, naked scalp. While the rest of the world went to school and work — while life went on and plans were made — our family hunkered down. Our family washed our hands until they cracked, afraid of every germ. Our family was trapped in our home without visitors for fear of any virus that could kill my kindergartner, whose immune system had been obliterated by treatment. Our family counted on nothing further than today, when often the today was sketchy.

We spent three and a half years in treatment, three and a half years searching for a cure for the monster that kept coming back to take over Daisy’s spare body. She had multiple invasive and dangerous surgeries, countless sickening chemo treatments, and we fried her guts with daily radiation for weeks on end. We fed her sprouts and we juiced kale. We put her on a mostly low-sugar, organic, anti-cancer, grow-out-your-armpit-hair diet. We prayed and fasted and cried out desperately for healing, and when all else failed we traveled to Israel for three months seeking advanced experimental treatments. All to no avail. Her body was ravaged, ragged, full of tubes and patched together. It finally gave out altogether in February 2013, and she took her last breath in our arms. Her daddy and I overlapped with arms and legs and faces covered with tears and murmurs of loving words too holy to repeat.

In our bedroom in the deep of the night we held her reed-thin body, never wanting to let go. We pulled out all the horrid tubes and wrapped her in her favorite soft blanket. We covered her little bald head and wept and kissed her face over and over. Then, as we fell to our knees and worshipped God — who had given her to us and to whom she had gone — we felt the presence of angels and knew we were not alone.

I never want to do that again.

My life is forever changed, and I am forever changed. I have aged in this deep grief, this unknowable experience. I have grown tougher. I have become different. One of the differences in me has been hiding silently for a while. I don’t know when this thing crept in, when I gave it a space to live, when I told it to pull up a chair and get comfy. This deceptive and subtle and poisonous thing called bitterness.

It doesn’t matter too much which things in life I’ve chosen to flavor this way. I haven’t been a picky bitter person. But there it is. Bitterness at the desolation of life. Bitterness at people who apparently have no pain. Bitterness at women who have kids to spare. Bitterness because I lost. I lost the contest, the race, the fight.

I have been bitter at well-meaning people who see the new baby girl in my arms and say, “Oh, isn’t that so amazing! It all comes full circle.” Come again? They talk as if I had crashed my car and the insurance company paid for a brand-new one. Would you like it if I said that to you about husband number two? “Oh, it’s not so bad now that you have a new husband. Forget about how you were cheated on and had your heart smashed to bits and were left alone in life. It’s all totally cool now.” Getting a new whatever it is that you lost completely makes up for it, right? Wrong. As if!

I drown in my thoughts and memories of dark days, of excruciating pain, thinking, Is this really how my life is going down? My daughter has died, and her body is wrapped in linen and buried in a tiny pine box in the local town cemetery. And there’s nothing I can do about it except curl up in the fetal position.

Thankfully, bitterness is not the only change in me, and it’s not even the most obvious or most impactful. In fact, the bitterness was just the beginning — the pothole, the roadblock to moving forward.

Moving forward is where I want to go, heavenward.

But we can’t do that until we look honestly at our situation — the good, the bad, and the nasty. Bitterness is bad, yes, but the good? It took some searching, some scratching the surface, some deep cleaning to find it. Becoming aware of my hindering attitude of bitterness started a chain reaction that has since led to those bigger, better things — a deepening of faith, a realization that all things point to eternity; and this life, with all its troubles, is quickly coming to an end. I’m banking on this unseen eternity with my very next breath, holding on to the confidence that what I hope for will actually happen.

All I have endured and traveled through over the last six years has brought me much closer to Jesus, even while it has simultaneously flung me into the deepest crevice of loneliness and pain and confusion.

It’s the strangest dichotomy; this tarnished life has given me confidence and maturity and has at the same time shown me how small and foolish I can be. I’m daily trying to make sense of it all, trying to figure out how to live in grief while at the same time actually live.

We all have a story. We all have tragedies and losses and heartaches and miracles and real life, and while so much of life is glorious, sometimes it gets ugly. No one is exempt. We share in this thing called humanity, and I want us to feel — really face head-on — the reality of life with all its pimples and less attractive bits. I believe it makes the joy more vibrant, the laughter louder and stronger. So bear with me, cry with me, but please, please, laugh with me.

Excerpted with permission from And Still She Laughs by Kate Merrick, copyright Kate Merrick. Published by Thomas Nelson.

Are you laughing through your grief? Loneliness, confusion, pain… Jesus. Oh, sisters, that’s my walk right now, too. Let’s throw off bitterness because it will only eat us up from the inside out and let’s continue toward Jesus, heavenward. Come share your thoughts with us on our blog. We want to hear your story and your thoughts. ~ Laurie McClure, Faith.Full