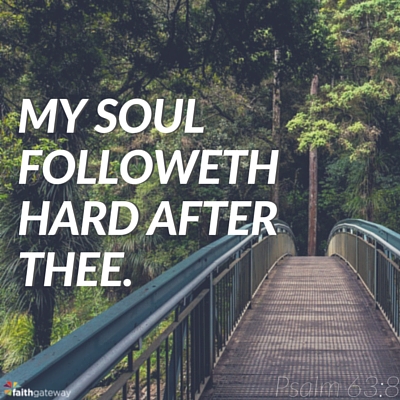 So what do you do if you’re a fan who wants to be a follower but your heart just isn’t in it? You want to come after Christ with a passionate pursuit, but the truth is you feel apathetic and indifferent. You don’t want to feel that way, but you do.

I was recently doing some research on what are known as “The Seven Deadly Sins.” They don’t appear as a list anywhere in Scripture, and I was curious to know how that list was developed.

It turns out that years ago the literacy rate was quite low and people weren’t reading the Bible for themselves. Some of the early Church leaders got together and made a list of the worst sins so at least people would know what not to do. As I was reading about their thinking behind the seven deadly sins I discovered something about the one sin on that list that always seemed out of place to me. They have “sloth” listed as a deadly sin. It has never seemed that deadly to me. I’ve always thought of sloth as laziness. You know, not changing the channel on the TV because you lost the remote and walking over to the TV would be too taxing. I understand that laziness isn’t good, but it hardly seems deadly.

But I discovered that the word sloth is translated from the word acedia. “Sloth” probably isn’t the best translation of that word. A better way to convey what the early church leaders were getting at would be to translate the word as “spiritual apathy.” You reach a point where you simply say, “I don’t care.”

God loves you and sent His Son to die on the cross to forgive your sins and you shrug your shoulders.

That’s acedia, and it’s an epidemic among fans.

The passion is gone. There is no pursuit. Maybe there was a time when you followed Jesus that way, but at some point you lost interest. That’s what happened to the Christians in Ephesus. In Revelation 2:4–5 Jesus says this to the Church:

I hold this against you: You have forsaken your first love. Remember the height from which you have fallen! Repent and do the things you did at first. If you do not repent, I will come to you and remove your lampstand from its place.

The NIV says the Church had “forsaken” its first love. Other translations say, “lost” or “left” their first love. That love refers to a loss of enthusiasm or passion for God himself. In Jeremiah 2:2, God says to His people that He remembers “the devotion of your youth, how as a Bride you loved me.”

Your honeymoon with God should never be over.

So what do you do if you find yourself in a place of acedia, where you want to passionately pursue Jesus but your heart’s not in it? Notice what Jesus tells the Church in Ephesus.

He says to repent and do the things you did at first.

When a husband and wife have been married for a while it’s natural to find that some of the feelings have started to fade. The commitment might be strong, but the passion got lost along the way. The best thing they can do to rekindle that love is to start pursuing each other the way that they used to. He begins to buy her flowers the way he used to. She writes him love letters the way she used to. She dresses up for him. He takes her out on dates. As they come after each other with extravagant and sacrificial acts of love and devotion the feelings and the passion will start to return.

That’s a great place to start in your relationship with Christ. Confess the sin of acedia in your life and then start doing the things you did at first. Get on your knees next to your bed and talk to God about your day. Turn on some worship music in your car and sing along. Grab a one-year Bible and start reading and meditating on God’s Word. Even if you don’t initially feel like doing some of those things it will begin to stir the fire that has grown dim. I would also challenge you to wake up this Sunday morning and gather together with followers who are passionately pursuing Jesus.

I think you’ll find their passion to be contagious.

Are You a Fan or Follower of Jesus?
Take the Not a Fan 5-Day Challenge 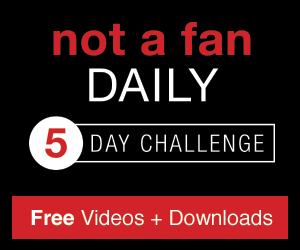 Recommit your love to God and then passionately pursue Him.

Why does God use the love between a husband and a wife? I suppose it’s because it’s the deepest kind of love we can comprehend. But really, the kind of relationship He wants with us is much deeper and richer than that.

When I was back in my hometown visiting my family, I went with my grandma to visit the gravesite where my grandpa was buried. Next to his grave marker was a place reserved for my grandmother. It already has her name on it and the day of her birth. The date of her death will one day be added. If she were honest she would say she is ready for that day right now. She hasn’t been the same since my grandpa died. They were married almost sixty years. She misses him so much. We stood in front of his gravesite and she talked about feeling lonely. She told me of how she still reaches over for him at night. Sometimes she finds herself calling to him in the other room, just out of habit. We stood in silence for a few moments and then she said this: “I’m ready. I’m ready to go home and be with…” and I knew what she was going to say next. She was going to say “… your grandpa.”

That’s the heart of a follower.

Watch the Not a Fan Video

Excerpted with permission from Not a Fan: Becoming a Completely Committed Follower of Jesus by Kyle Idleman, copyright Zondervan.

Sometimes we become complacent in our relationship with God. Familiarity often distracts us from our pursuit of Christ, yet He loves unconditionally and passionately! Today, pray along with us for the grace to become a completely committed follower of Jesus with a fresh passion for Him! Join the conversation on the blog. We would love to hear from you! ~ Devotionals Daily