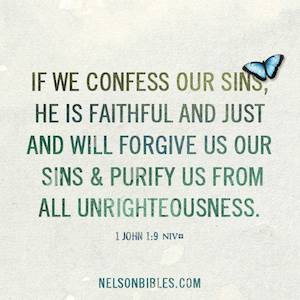 The flood came and destroyed them. It will be the same when the Son of Man comes. — Matthew 24:39

I did something different recently; I listened to the airline attendant as she gave her warnings. Typically, my nose is buried in a book or project, but a commercial plane had crashed the day before. Watching the newscasts of the event convinced me to pay attention. I realized that if this plane had trouble, I wouldn’t know what to do.

So I listened. As she held up the seat belt, I buckled mine. As she described the oxygen mask, I looked up to see where it was stored. When she pointed toward the exit doors, I turned to find them. That’s when I noticed what she notices on every flight. No one was listening! No one was paying attention. I was shocked.

I seriously considered standing up and shouting, “You folks better listen up. One mishap and this plane becomes a flaming mausoleum. What this woman is telling you might save your life!”

I wondered what would happen if she used more drastic means. What if she took a gasoline-drenched doll and set it on fire? What if the in-flight screen projected images of passengers racing to exit a blazing plane? What if she marched up and down the aisle, yanking away newspapers and snatching up magazines, demanding that the passengers listen if they want to survive this flaming inferno?

And love cautions the loved.

Christ’s caution is clear: In those days before the flood, people were eating and drinking, marrying and giving their children to be married, until the day Noah entered the boat. They knew nothing about what was happening until the flood came and destroyed them. It will be the same when the Son of Man comes. —Matthew 24:38–39

As we pointed out in the last chapter, the parallels between the flood of Noah and the return of Christ come easily.

People refused to listen then. Many refuse to listen still.

A flood came then. A flood will come.

The first flood was irreversible. So is the second.

Once the door is shut, it is shut forever.

There was screaming on the day of the flood. There will be “weeping and gnashing of teeth” on the day of judgment (Matthew 25:30). Regarding the lost, the Bible says, “The smoke of their torment goes up for ever and ever; and they have no rest, day or night” (Revelation 14:11).

This is serious business. Hell is a serious topic. A topic we’d rather avoid. We agree with C. S. Lewis:

“There is no doctrine which I would more willingly remove from Christianity than [Hell], if it lay in my power… I would pay any price to be able to say truthfully: ‘All will be saved.’”

Wouldn’t we all? But dare we? Let’s work with this for a moment.

Does Hell serve a purpose? As much as we resist the idea, isn’t the absence of Hell even worse? Remove it from the Bible and, at the same time, remove any notion of a just God and a trustworthy Scripture. Let me explain.

To say there is no hell is also to say God is a liar and His Scripture untrue. The Bible repeatedly and stoutly affirms the dualistic outcome of history. Some will be saved. Some will be lost. “Many of those who sleep in the dust of the earth shall awake, some to everlasting life, and some to shame and everlasting contempt” — Daniel 12:2. Paul agreed:

To those who by patience in well-doing seek for glory and honor and immortality, He will give eternal life; but for those who are factious and do not obey the truth, but obey wickedness, there will be wrath and fury. — Romans 2:7–8

People object to this point by gravitating to the teachings of Jesus. The idea of hell, they say, is an Old Testament idea. Curiously, the Old Testament is comparatively silent on the topic.

The New Testament is the primary storehouse of thoughts on hell. And Jesus is the primary teacher. No one spoke of eternal punishment more often or more clearly than Christ Himself.

Think about these facts: Thirteen percent of the teachings of Christ are about judgment and Hell. More than half of His parables relate to God’s eternal judgment of sinners. Of the twelve times that the word gehenna — the strongest biblical word for hell — appears in Scripture, there is only one time in which Jesus was not the speaker. No one spoke of Hell more than Christ did.

Anyone who believes and is baptized will be saved, but anyone who does not believe will be punished. — Mark 16:16

Are we to ignore these statements? Can we scissor them out of our Bibles? Only at the expense of a just God and a reliable Bible. Hell is a very real part of the economy of Heaven.

Even now, before Christ comes, the presence of Hell serves a powerful purpose. It functions somewhat like my dad’s workshop. That is where he disciplined my brother and me. When my mom was angry, we got spankings. When my dad was angry, we got whippings. You can guess which one we preferred. All Dad had to say was, “Go to the workshop,” and my bottom would begin to tingle. I don’t know how you feel about corporal punishment. I don’t mention the topic to discuss it. I mention it to explain the impact that the workshop had on my behavior.

You see, my father loved me. I knew he loved me.

When love didn’t compel me, fear corrected me.

The thought of the workshop — and the weeping and gnashing of teeth therein — was just enough to straighten me out. The application might be obvious. If not, let me make it so.

Our heavenly Father loves His children. He really does.

Most of the time, that love will be enough to make us follow Him. But there will be times when it won’t. The lure of lust will be so mighty, the magnet of greed so strong, the promise of power so seductive, that people will reject the love of God. In those moments, the Holy Spirit may mention “the workshop.” He may remind us that “whatever a man sows, that he will also reap” (Galatians 6:7). And the reminder that there is a place of punishment may be just what we need to correct our behavior.

How could a loving God send people to Hell? That’s a commonly asked question. The question itself reveals a couple of misconceptions.

First, God does not send people to hell. He simply honors their choice. Hell is the ultimate expression of God’s high regard for the dignity of man. He has never forced us to choose Him, even when that means we would choose Hell.

In another book Lewis said it this way: I willingly believe the damned are, in one sense, successful rebels to the end; that the doors of Hell are locked on the inside.

No, God does not “send” people to Hell. Nor does He send “people” to Hell. That is the second misconception. The word people is neutral, implying innocence. Nowhere does Scripture teach that innocent people are condemned.

People do not go to Hell. Sinners do. The rebellious do. The self-centered do. So how could a loving God send people to Hell? He doesn’t. He simply honors the choice of sinners.

Jesus’ story (in Luke 16 about the rich man who goes to Hell and the beggar who goes to Heaven) concludes with a surprising twist. We hear the rich man plead: “Please send Lazarus to my father’s house. I have five brothers, and Lazarus could warn them so that they will not come to this place of pain” (Luke 16:27–28).

What is this? The rich man suddenly possessed with evangelistic fervor? The one who never knew God now prays for missionaries? Remarkable what one step into Hell can do to your priorities. Those who know the horrors of hell will do whatever it takes to warn their friends.

Jesus, who understands the final flood of wrath, pleads with us to make any sacrifice to avoid it.

If your hand or your foot causes you to sin, cut it off and throw it away; it is better for you to enter life maimed or lame than with two hands or two feet to be thrown into the eternal fire. — Matthew 18:8–9

This story is, without a doubt, the most disturbing story Jesus ever told. It’s packed with words such as torment, pain, and suffering. It teaches concepts that are tough to swallow, concepts such as “conscious punishment” and “permanent banishment.” But it also teaches a vital truth that is easily overlooked. This story teaches the unimaginable love of God.

“What? The love of God? Max, you and I read two different stories. The one I read spoke of punishment, Hell, and eternal misery. How does that teach the love of God?”

Because God went there, for you. God spanned the chasm. God crossed the gulf. Why? So you won’t have to.

Do you wrestle with the question of how a loving God could send people to Hell? Or have you had unbelieving friends ask you that question? What’s your response to Max’s teaching? Come join the conversation about God’s unimaginable love that’s displayed in the existence of Hell! We would love to hear from you! ~ Devotionals Daily 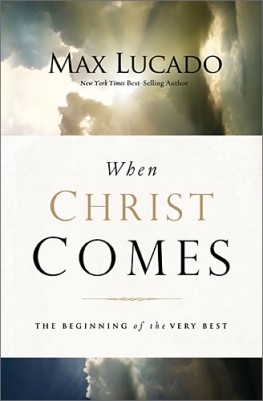