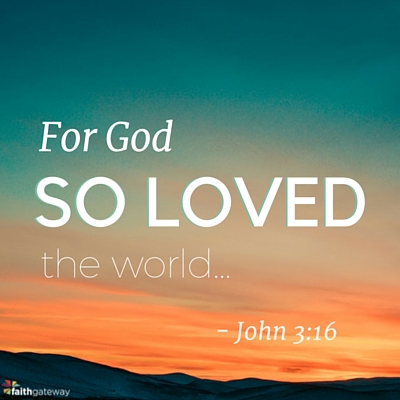 Editor’s Note: Bill Purvis should’ve died. On a night just shy of his eighteenth birthday, Bill solicited a prostitute having no idea that that act would lead to attempted robbery by her pimp, getting stabbed in his chest, a second stab into his liver, and having his jugular vein severed. That attack led Bill to cry out to Jesus for forgiveness and to save his life and it changed his life and future forever.

As a small child, I’d been to church a few times with my mother and tried to sing along with the rest of the congregation. As a teenager, I watched people go to church on Sundays and figured they were trying to be good people. I didn’t look down on them or have anything against them. It just wasn’t me. Unless there was a pretty girl involved, I saw no reason to go.

I did believe in God. It made sense to me that someone had created this world and everything in it. I just didn’t see that it had much to do with me or my life. Most of my friends felt the same way. When it came to spiritual matters, we were ignorant.

One day when I was a teenager, I was driving to Alabama with two buddies, Greg and Ken. At one point, Greg turned to us and said, “My dad got saved last week.”

I was practically raised on Lake Eufaula. To me, getting saved meant someone had fallen into the water and nearly drowned. “That’s cool,” I said. “I’m glad to hear it. He almost died?”

“He got his sins forgiven.”

“Bill, you’ve never been saved,” Ken broke in, “so you wouldn’t understand.”

The problem was that my friends didn’t know any more about being saved than I did.

“You have to go to church,” Ken said. “And you have to shake the preacher’s hand.”

I shook my head. “Nah, that don’t work,” I said. “Last week I was riding my motorcycle in the parking lot at Parkview Baptist Church.

The pastor flagged me down and asked me to help him put an air conditioner in his office window. So I did, and when we were done he shook my hand and thanked me. But I’m no different.”

“No, no,” Ken said. “You got to walk down the center aisle of the church first.”

“We did! We walked right down the center on the way to his office.”

That stumped my friends for a minute. But then Ken had the answer.

“Was the music playing?” he asked.
“No,” I said. “It was a Friday afternoon. There wasn’t any music.” “That’s why you weren’t saved!” Ken said. “There has to be music playing.”
Greg added his agreement. “Yeah, that’s how you get saved, Bill,” he said.
“I don’t think either of you know what you’re talking about,” I said.

It was the blind leading the blind.
Perhaps you can relate. It could be that until recently you’ve never shown much interest in God or spiritual matters. Or it could be that what you think you know about God isn’t much more accurate than what my friends tried to tell me. Whatever the case, I urge you to check Him out for yourself and discover the real truth, because not knowing is missing out on why we were created in the first place.

My indifferent attitude about God continued for the rest of my teen years — all the way up to that wild night in Columbus. It took a desperate prayer and a miraculous recovery from what should have been a fatal stabbing for me to see what I could have seen all along:

And I don’t mean the way you might love your grandmother’s apple pie. I’m talking about the kind of love that is complete, sacrificial, and unconditional. The kind of love a mother in a concentration camp has for her doomed child.

God loves you that way too. The evidence runs all throughout the Bible from beginning to end. In the first book of the Bible, we read,

God created human beings in His own image. — Genesis 1:27 NLT

What does that tell you? It tells me that God had something very specific in mind when He made men and women. This was not a last-minute recipe He threw together, hoping it might turn out okay. Far from it. God patterned us after Himself. I don’t think being made in God’s image means a physical resemblance, but that we have the potential to take on the same qualities of character God Himself possesses: love, compassion, patience, wisdom, and many more. That indicates that God cares a great deal about His creation.

Here is how the psalmist describes the care God demonstrated in creating us:

For You formed my inward parts;
You wove me in my mother’s womb.
I will give thanks to You, for I am fearfully and wonderfully made;
Wonderful are Your works,
And my soul knows it very well. — Psalm 139:13-14

Let those words soak in for a minute — they’re just as true of you as they were of the psalmist. God formed you. You are wonderfully made. His work is wonderful. Doesn’t it sound like God values and appreciates what He’s done with you? Doesn’t it seem like He must view you as something special?

Of course, the real proof of God’s love for us came about two thousand years ago when God saw how many mistakes we were making on this earth. He knew we needed help, someone who could step in and accept responsibility for those mistakes. So He made the biggest sacrifice a parent can make. He sent His only Son, Jesus, to die a terrible death on our behalf so that we could know Him forever — so we could be saved:

For God so loved the world, that He gave His only begotten Son, that whoever believes in Him shall not perish, but have eternal life. — John 3:16

I know some people view God as a harsh judge sitting up high somewhere, just waiting to condemn the guilty for everything they’ve done wrong. They see the Bible as a book of laws or rules and feel weighed down by the responsibility and God’s expectations. I think people who have a hard time in life or people who grow up with a parent like my father are even more likely to see God this way. All I can say is that from my experience and perspective, it’s just not true — God is not a tyrant in the sky who delights in zapping people when they mess up.

When I was in that Columbus hospital and began reading the Bible for the first time, I felt like I was reading a letter from the loving father I’d never known. I didn’t see God as a judge waiting to administer punishment with a bullwhip but as a parent with tears of compassion in His eyes. When I read in the Old Testament about His judgment of people who had disobeyed and mocked Him, I felt reassured that He was just and in control. When I read about Jesus, I better understood God’s mind and heart — and the love He has for me and each one of His children.

God’s love is like the love I get from my grandkids. When I walk in the door and they’re in the house, I don’t have to bring a present or do anything special to get their affection. As soon as they see me, they shout, “Big Daddy’s here!” and come running. They want me to sit down with them so they can show me the pictures they’ve drawn or tell me what they’ve been doing. Their love for me is pure, innocent, and powerful.

That’s what God’s love feels like to me. And His love is just as strong for you as it is for me. As I write this, one of my daughters-in-law is expecting a baby girl. I don’t yet know exactly what she’ll look like, but I love that baby already. She is part of our family. In a similar way, God loved you before you even knew Him or came into this world. He’ll also love you long after you leave your earthly life.

People will let you down. Some will love you only if you do or give them what they want. Some won’t love you no matter what you do. But God’s love for you never ceases — it keeps flowing and flowing, forever.

Like me, my sister Sonja went through life feeling unloved by our father. It was a love she yearned for but never experienced — her missing ingredient. She did come to know God, however. When I was recovering after the stabbing, I stayed with Sonja and her husband, Rick, in Demopolis, Alabama, for a few months. They had recently become followers of Christ, and their newfound faith, nightly Bible reading, and prayers were exactly what I needed. Even so, because of our age difference and the dysfunction of our family, she and I rarely connected in the years that followed.

Not long ago, with my wife’s encouragement, I called Sonja and invited her to stay with us for a few days. We talked about many things, including the love of God. She confessed that she’d never known our father’s love herself. When she was twelve, my father sent her away to live with my mother’s sister.

These days, Sonja and I talk on the phone almost every week. She says God has used our relationship to show her that despite her painful, lonely past, God has brought healing. “The hole in my heart all of these years from my childhood, and from never feeling that I was wanted or belonged, has been filled,” she says. “God used my baby brother to teach me how much God loves me and how I am accepted by Him.”

I want that hole to be filled for you, too. When you allow God’s love to pour into you, you lay a foundation that enables you to pursue your true purpose. It is only when this foundation is set that you can begin living a new life of freedom and peace.

Excerpted with permission from Make a Break for It by Bill Purvis, copyright Bill Purvis.

Do you know the love of God? Have you experienced His tears of compassion over your life, no matter how you have lived? Share today’s devotion with a friend who needs to hear about our loving Father! And come share your thoughts with us today on our blog. We want to hear from you! ~ Devotionals Daily