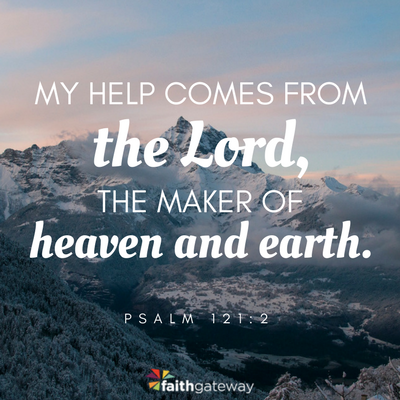 Up on the Mountaintop

The storm is brewing in the mountaintop. Clouds become a stage for lightning dances.

Thunder rolls in a distant Heaven. Soaring above, predators scan meadows

For the most vulnerable prey,

Like I am searching the horizon for a thought.

Where longings are sated by inspiration.

Born in the depths of sea,

They are the survivors.

We climb their stoic backs,

to dwell with mountain dreams.

While mountaintops are coveted spots, climbing up to them is a physical, mental, and emotional challenge. It takes courage to climb the mountains on our faith journey — especially after spending time low in the valley. Spiritually, “mountaintops” are experiences where we feel like we are soaring in the heavens like eagles. They are high points where we feel transcended by the Holy Spirit, enfolded in the arms of God, or like we can see a vision of God’s kingdom. Sometimes love swoops in during unexpected moments of transformation in mountaintop experiences, but before and after those moments, planning and hard work are required. Experiencing these inspired moments and heavenly visions can lead to healing — and like healing, they are found over time with effort and focus.

When Jesus, Peter, James, and John went to the mountaintop to experience Jesus’ transfiguration — where they saw Him in dazzling white standing with Moses and Elijah — they had already been working in the mission field for a couple years. Jesus’ cousin John the Baptist had already been imprisoned and executed. They had already watched Jesus feed and cure thousands, teach in parables, calm the sea, and confront the religious authorities in the synagogues.

They didn’t just wander up to that mountain out of nowhere. That moment followed hard work, disciplined prayer, and lives given in their mission.

up a high mountain… [and] He was transfigured before them. His face shone like the sun, and His clothes became as white as the light. — Matthew 17:1-2

As Elijah and Moses joined Him, it was like Heaven appeared on earth. The hard work and prayer equipped the disciples to climb the mountain and experience that transfiguring moment when Jesus stood with the ancient prophets. And even with that work, it was still hard for them to fathom such a powerful transfiguration. They were terrified by what they had seen, and in their fear, they wanted to do something practical — to put up shelter that clearly wasn’t needed. So Jesus needed to reach out and touch them and say,

Get up… Don’t be afraid

before they prepared, heads down and with their eyes on Jerusalem, to meet the work ahead (Matthew 17:7).

Moses, too, spent years in preparation for his mountaintop: the moment on Mount Sinai when he was given the Ten Commandments. He had walked on sacred ground, released the captives in Egypt, and wandered in the wilderness for years. Finally, when he was alone on the mountaintop, God spoke to him:

There is a place near me where you may stand on a rock. When my glory passes by, I will put you in a cleft in the rock and cover you with My hand until I have passed by. Then I will remove My hand and you will see my back. — Exodus 33:21-23

The Scripture then says that after this, Moses obeyed by carving out the commandments and then bowed his head and worshiped.

Since the days of Moses, pilgrims have been going to the mountaintop to retreat and to find answers, peace, and healing. Once, in the middle of an Ecuador trip to serve a community of women there, I happened to climb an actual mountain as a fog rolled in. It was in the rain forest, and I had no idea how high we were or where the steep edge of the path was.

I was tired by the time I reached the top and sat to catch my breath and close my eyes. I could see the light changing through my closed lids, and it looked like prisms dancing through the dark. I opened my eyes as I took another breath and realized the sun had come out. I saw a breathtaking vista of thick forest floor, gleaming in a thousand shades of green. I felt like I was in Heaven, and immediately my eyes welled up. I was overjoyed and felt at peace. It felt as holy as if I could have been with Moses as God’s glory passed by, or with Peter, James, and John as the Lord’s clothes were illuminated.

I believe we do the majority of our work in the valley.

A mountaintop experience is a rare and glorious surprise that we prepare for by taking all the steps laid out in the previous chapters.

You will know when you have reached a climactic moment on your journey when you experience inexpressible joy and clarity. It will renew your heart and give you the energy to keep walking back in the valley for a long while. The mountaintop heals us. It is where we can see great vistas and experience the euphoric feeling of standing in the clouds. We remember the psalmist, who wrote,

I lift up my eyes to the mountains — where does my help come from? My help comes from the Lord, the Maker of heaven and earth. — Psalm 121:1-2

The mountaintop is where the Heavens and earth meet and where we feel lighter than the air we are breathing, where we are inspired to think new thoughts. It is where we go to retreat, and it is where vision is born.

Are you in the valley? Your hard work, your faith, your hope, your trust are seen by Jesus. And, He will bring you to the mountaintop and renew your heart, heal you, and give you a spiritual glimpse of Heaven! Come share your thoughts with us on our blog. We want to hear from you! ~ Devotionals Daily