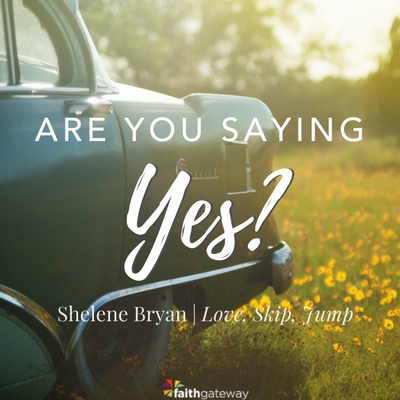 “Honey, you don’t like to go anywhere but the day spa. The fact you want to go to east Africa is astonishing.”

“God obviously wants to take a vacation with you.”

With me? Understand, I spent a lot of my Christian life planning events for my family, friends, women’s groups, and marriage retreats so people could build relationships or maybe even find God. But God and I had never gone anywhere together alone.

I couldn’t help but think to myself,

What are God and I going to talk about for ten days?

Up until this trip, I was probably the safest person you’ve ever met. I was happy sending a donation check when I’d hear someone wanted to go to the ends of the earth to help the poor, but as for me, I was going to stay right here in the good ole USA. I don’t remember when comfort and safety became my number one priorities, but somehow they had, and I was wholly unaware it was paralyzing me.

As I sat on the edge of our bed, touching my husband’s feverish forehead repeatedly with the quickly diminishing hope that the raging fever would break, I knew I had a decision to make. What was I going to do? All my dreams and plans about this trip had always included my husband – my rock and my protector.

But now it was painfully obvious he would not be going. It was at that moment, sitting on the edge of our bed, that I (with the help of my husband’s quiet, calm confidence) said yes to God and made the decision to go! I knew I had to go to Uganda. I had really felt that was what God had wanted me to do, and yes, I would go.

The next morning when I woke up, I immediately did the forehead check on Brice, and with no miraculous healing for my husband, I loaded up into a black town car and headed off to LAX with my new, heavy-duty suitcases packed full to the brim. I boarded a plane from LAX to Heathrow, from Heathrow to Entebbe, then took a bus to the fishing village of Gaba in Uganda east Africa.

No one but my husband knew the real reason I was coming. All I had were the pictures I had ripped off my refrigerator and the numbers and names on the back of the photos. But I was going to be Diane Sawyer and blow this thing up if it was fake.

When we arrived in Gaba, I was surprised to see a group from the local church there to greet us. They offered us water and strange fruits, which I happily declined in favor of my bottled water and granola bars. I inquired about where to get information about my children, and a young man pointed at a little open-windowed hut that was apparently the sponsorship office. I made a beeline for that office and burst in, in typical Los Angeles aggressive fashion.

Looking back now, I think if anyone had burst into my office like that, I would have pointed to the door and demanded he get out. Make an appointment for later in the week—my schedule is far too busy to see you.

Not this woman. In a gracious manner and without hesitation, she had jumped up and we started walking… and walking and walking.

About half a mile into the hike on a red dirt footpath, I realized I’d just violated about seventeen rules of traveling safety that I had skimmed over before the trip. All travel safety guides would tell you not to do everything I had just done. I had left my group, telling no one I was leaving. I was following a complete stranger, and I had no idea where the heck I was. In that moment of mental panic, I realized I did not even know this woman’s name. I figured since my life was at her mercy, at least I should know that much about her.

She smiled a big, warm smile, introduced herself, and continued walking. It felt like she had picked up the pace, and I was really wishing I hadn’t dropped out of that kick-boxing class that had seemed at the time a little over the top. Eventually, after what seemed to be a two-mile marathon through the jungle, she stopped abruptly and pointed. “This is Omega’s house.”

Omega, the little girl from my refrigerator. As I looked up, I did not see a “house” at all – it was anything but a house. It was a red, mud-walled hut the size of my walk-in closet, with a tattered sheet for a front door. My new friend said, “Go ahead. Go in.”

As I pulled the sheet back to go inside, I was shaking. This was too real. I stepped off the dirt path and onto the dirt floor of this one-room hut. There was no electricity, no lights, no running water. I had passed the “kitchen” outside the hut. It consisted of hot coals from a fire and one pot sitting on a large stone in the midst of the fire.

Suddenly a little girl in a cute, blue school uniform darted at me with her arms wide open, shrieking, “Muzunga!” which means white, but at the time I thought she was saying, “Angel!” because this white girl had just dropped from the sky.

“Omega?” I didn’t immediately recognize her because she had grown so much since her photo.

She smiled shyly. “I know.”

I got down on my knees and embraced her. As I hugged her there, a Christmas card photo of my family embedded in her mud wall caught my eye. I unexpectedly had this overwhelming rush of emotion.

This is real, I thought. It’s really real… and she’s been getting our mail. As tears streamed down my cheeks, the realization that this little girl was probably alive due to the tiny sacrifice my kids had made every month hit me like a ton of bricks. My children skipping a video game, a meal out, or forgoing the latest fad toy was actually keeping this beautiful little girl alive, fed, and in school.

Still overwhelmed, I said, “Omega, I’ll get you anything. What do you want, honey?”

She stood there for a moment, looking at me with her big brown eyes, and then she gasped. A huge smile spread across her face and she said, “A bed.”

The next day I went to meet Alonis, the young boy we’d been sponsoring. He, like Omega, had been receiving the one meal per day provided at school but was sleeping on a woven reed mat on the hard-packed, red mud ground. That morning I took Alonis and Omega into Kampala, the bustling capital of Uganda. They had never been out of their village, so to see the city was quite a shock.

We made our way into an open-air flea market. The “shops” were set up like little booths in the dirt. Cardboard, sheets, broken pieces of wood, and corrugated metal siding were haphazardly placed between the stalls. Soon the shopkeepers began calling out to us.

Eventually we made our way to a vendor who had a stack of thin mattresses piled up outside of his booth. Omega ran excitedly over, put her hand down on the not-so-soft foam, and looked back at me with a twinkle of enthusiasm in her eye. I gave her a reassuring nod and asked the man how much for a mattress. To my amazement, he stated that they were three dollars each. He also pulled out bedsheets and mosquito nets designed to drape over the beds to keep out mosquitoes, which routinely carried malaria. He then pointed out a pair of shoes that would fit Omega and gave us the total price for the bed, sheets, nets, and shoes: twenty bucks.

I said, “Well, sir, at that price I would like to buy all the beds in your store.”

I thought the store owner was going to have a heart attack. His eyes filled with tears, and he was exuding pure delight. “God bless you! Oh, God bless you! My wife is pregnant, and you must be an angel, for I know God sent you to my store.”

His immediate faith and credit to God for bringing us to his little stall gave me the chills. It was at this instant, as he was thanking me for cleaning out his shop, that I could almost feel God whisper in my ear,

Shelene, are you having fun yet? Fun? Are you kidding? This was one of the top ten moments of my life!

I was experiencing firsthand the verse in the Bible that says, “It is better to give than receive” (Acts 20:35, paraphrased). So far, I had only applied that verse at Christmastime, when my kids had sat at the foot of the Christmas tree with an immense pile of gifts. But now, the reality of that truth hit me in a way I had never felt before.

So I got another bright idea: I decided to go back to Omega’s village and do an HGTV design on a real dime. And that’s exactly what I did: a little “extreme village makeover,” and it cost almost nothing. I started passing out mattresses like a deck of cards and rolling out linoleum on the mud floors and putting up mosquito nets in the villagers’ sleeping areas.

I was struck with the thought that if everyone back home could truly understand this was a real life-and-death struggle for real people, they would be willing to help. If they could realize that skipping their own indulgences and giving those resources would keep a child alive, they’d skip them.

For my friends, twenty-five dollars was something to spend on frivolities. For these African children, that money is the difference between starving to death and being fed, schooled, and having clothes to wear.

In looking back at how I said yes to God that first time and went to Africa, I would have to say that some of the most amazing things God wants to do in our lives as Christians involve giving Him permission to take us on uncomfortable journeys. My journey was a literal journey to Africa—yours might be different.

My desire is for you to join me on a yes adventure that will make you uncomfortable.

The fact is, every significant event that happened in the Bible happened because somebody said yes to God. Noah said yes to God and built an ark, despite the mocking of every person he knew – and was saved. Moses said yes to God when, at great personal risk, he demanded freedom for his people – and they were freed. David said yes when he fought Goliath – and later he became king of Israel. Esther saved her people from annihilation… Peter stepped over the side of a small fishing boat and walked on water… and Jesus paid the price for your failings and mine forever. It all happened when they each said yes to God.

My question to you is this: Are you saying yes to what God has for you in your life?

Lord, give me the wisdom to recognize the comforts that constrain my desire to follow You. Help me seek above all else the things You would have me do in my life. Help me identify the yes opportunities You are putting in my path. Amen. 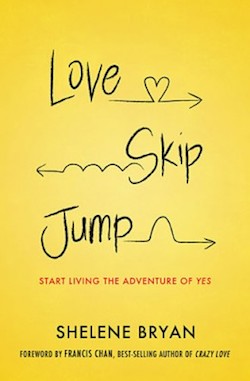