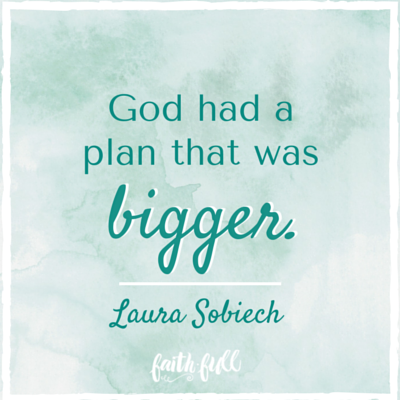 One month into his Senior year, my son Zach was in a good place emotionally; he had figured out a routine that worked for him, and had gained some measure of peace in the belief that God had a plan that was bigger than him. Zach knew his suffering had purpose, even if he didn’t see the reason. He was waking up cheerful and whistling in the shower again – one of my favorite sounds, second only to his strumming on the guitar.

“Have you ever been angry that you got cancer and have to put up with all the junk you have to go through?” I asked, keeping my eyes on the road. We had left the city and were driving through what remained of the sparse farmland and sun-fried fields that held their ground in the midst of the Twin Cities’ suburban sprawl.

I could see out of the corner of my eye that he had turned to look at me. After a moment of thought, he turned his gaze back to the road ahead. “No…

Actually, I think I’m the lucky one. If somebody has to have cancer, I’d rather be the one to have it than to be the one who has to watch and then be left behind. I don’t think I could handle watching someone I love die. You all have it worse, and I’m so sorry for putting you through this.”

As we descended into the St. Croix Valley, I thought about what he’d said. The enormity of his compassion enthralled me, and I wondered if I would feel the same if it were me who was dying.

He had always been a compassionate soul; empathy was so natural for him. Even from a very young age, his heart would ache for people who were suffering. I recalled a memory I’d held in my heart from years earlier when he was four and his little sister, Grace, was nine months old. She was born with a ventricular septal defect, a hole in her heart, and had it repaired with open-heart surgery.

She was recovering in the ICU when Zach, who had insisted on visiting her rather than spending the hot summer day at Grandma and Grandpa’s pool, walked into the room. He was too short to see over the edge of the metal crib so he stepped on the bottom rail, hoisted himself up, and peered in at his baby sister with all her bandages, tubes, and wires.

I will never forget that precious little boy with his sun-bleached hair and huge green eyes quietly gazing at his baby, at his Grace, his little heart breaking, tears welling up in his eyes. My own heart filled with an unnamed emotion that a mother feels when she sees her child rise to an occasion that is beyond his years—a mixture of pride, love, and heartache.

Now, ten years later, I thought about Grace and Zach and how they had become the best of friends. He was fiercely protective of her.

A few months earlier, the day we’d found out the cancer was in his pelvis and he didn’t have long to live, Zach’s concern turned to Grace. The thought of his little sister having to deal with his death destroyed him. He knew she would be devastated, and he wanted to soften the blow.

That evening as I was making dinner, he sat down at the counter.

“Mom, I was thinking. Grace is going to be really bummed that the cancer is back, so I thought it would be nice if I bought her a pair of custom Converse. She and I could design them together, and I’ll let her pick out whatever she wants. I think it will make her feel better.”

I paused while chopping the onion and set the knife down. “I think she would love that,” I said as I wiped a tear from my cheek.

That was three months ago. As we turned onto our street, I wondered if a pair of custom-designed shoes was enough. Zach and Grace’s mutual love for shoes made them the perfect gift, and designing them together would be a memory Grace would cherish. But did they convey the whole message? Did Grace really know how much Zach loved her? Had he ever just told her? If he had, surely they would be words that she would keep tucked in her heart forever, more than a well-worn and loved pair of tennis shoes.

We pulled into the driveway and stopped next to the abandoned basketball hoop. I turned to Zach. “You know, letters would be a good way for you to tell people how you feel about them. You might want to think about writing some.” Several years earlier, I had seen a story on a local news station about a woman who was dying of breast cancer. She spent the last months of her life writing letters to her children to be opened on their birthdays and important events.

The memory of the story surfaced when we found out Zach was terminal.

Letters seemed the perfect way for him to be raw and honest without the fear of the awkwardness that can sometimes come when people aren’t ready to hear what needs to be said.

I’d been meaning to mention the idea to him, and hoped desperately he would write them, knowing what a comfort they would be for his loved ones when he was gone.

“Yeah. I should probably do that,” he said as he flipped a guitar pick between his fingers. (He had one in his pocket wherever he went, and I was constantly picking them up around the house and especially in the laundry room.) “Who do you think should get one?”

“Your sisters, brother, and best friends would be a good place to start.” I left it at that. I’d planted the seed, but wouldn’t pester him.

A couple weeks later, it was mid-October. The day was sunny and warm, the air was clean, and the leaves were a noisy riot of color. Zach and Grace were at school. Zach’s older sister, Alli, who was a senior at the University of Minnesota Twin Cities, was working at her magazine internship, and his older brother, Sam, was in his second year at the University of North Dakota in Grand Forks. Everyone was where they should be. They were safe, and they were happy. Life felt good again.

It was my day off from my job in a dental office where I worked in the claims department, and I’d spent the morning running errands. I couldn’t wait to roll up my sleeves and get some work done around the house, and I was planning to start by purging the family room where Zach spent most of his time. I threw open the windows to let the fresh air fill the house. I took a deep breath and got to work.

I started with the couch. Daisy, our miniature dachshund, stood close by, knowing that Zach’s couch was always a good place to visit if she was looking for a broken cookie. It was the first place she would go in the morning when she was let out of her crate.

To put it mildly, Zach was a slob. A huge slob. Wrappers, chip crumbs, bottles, and cans lay everywhere. It was easy to spot his roost because it was the only place on the couch that wasn’t cluttered. It used to drive me crazy the way that kid could leave a mess; I didn’t mind as much anymore. There’s something about knowing your child is going to die that causes you to cherish stupid things, like cleaning up their unreasonable messes.

Mixed in with the monstrosity of a mess were folded pieces of paper, notebooks, and stacks of various assignment-looking papers. I didn’t want to throw anything important away, so I opened each piece and looked it over carefully. After about a half hour, I’d made some pretty good headway – the couch was clean, the coffee table was cleared of debris, and the room smelled more of fresh air and less of goats-who-had-eaten-tacos. I had one last pile of crumpled notes to go through, so I lifted the pile onto my lap and began sorting.

About halfway through, I picked up a sheet of notebook paper that had been folded multiple times. These words were written in Zach’s handwriting across the page:

I fell down down down into this dark and lonely hole,

There was no one there to care about me anymore,

You were sitting there holding a rope

And that’s how “Clouds” rolled into my life.

Excerpted with permission from Fly a Little Higher: How God Answered One Mom’s Prayer in a Big Way by Laura Sobiech, copyright Thomas Nelson.

Are you living each day like it may be your last? Are you living like you’re dying – loving and impacting those around you? Join the conversation on our blog! We would love to hear from you! ~ Faith.Full