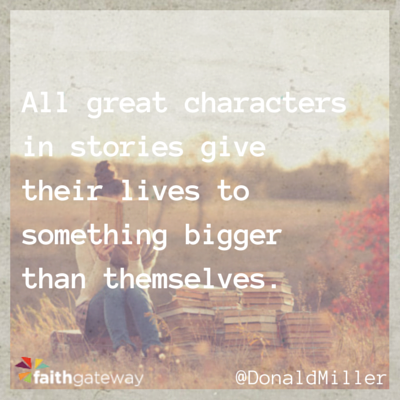 A guy I know named Alan went around the country asking ministry leaders questions. He went to successful churches and asked the pastors what they were doing, why what they were doing was working. It sounded very boring except for one visit he made to a man named Bill Bright, the president of a big ministry. Alan said he was a big man, full of life, who listened without shifting his eyes. Alan asked a few questions. I don’t know what they were, but as a final question he asked Dr. Bright what Jesus meant to him. Alan said Dr. Bright could not answer the question. He said Dr. Bright just started to cry. He sat there in his big chair behind his big desk and wept.

When Alan told that story I wondered what it was like to love Jesus that way. I wondered, quite honestly, if that Bill Bright guy was just nuts or if he really knew Jesus in a personal way, so well that he would cry at the very mention of His name. I knew then that I would like to know Jesus like that, with my heart, not just my head. I felt like that would be the key to something.

I remember the first time I had feelings for Jesus. It wasn’t very long ago. I had gone to a conference on the coast with some Reed students, and a man spoke who was a professor at a local Bible college. He spoke mostly about the Bible, about how we should read the Bible. He was convincing. He seemed to have an emotional relationship with the Book, the way I think about Catcher in the Rye. This man who was speaking reads through the Bible three times each year. I had never read through the Bible at all. I had read a lot of it but not all of it, and mostly I read it because I felt that I had to; it was healthy or something.

The speaker guy asked us to go outside and find a quiet place and get reacquainted with the Book, hold it in our hands and let our eyes feel down the pages. I went out on the steps outside the rest room and opened my Bible to the book of James.

Years ago I had a crush on a girl, and I prayed about it and that night read through James, and because it is a book about faith and belief I felt like God was saying that if I had faith she would marry me. So I was very excited about this and lost a lot of weight, but the girl gave her virginity to a jerk from our youth group, and they are married now. I didn’t care, honestly. I didn’t love her that much. I only say that because the book of James, in my Bible, is highlighted in ten colors and underlined all over the place, and it looks blood raw, and the yellow pages remind me of a day when I believed so faithfully in God, so beautifully in God. I read a little, maybe a few pages, then shut the Book, very tired and confused.

But when we got back from the conference, I felt like my Bible was calling me. I felt this promise that if I read it, if I just read it like a book, cover to cover, it wouldn’t change me into an idiot, it wouldn’t change me into a clone of Pat Buchanan, and that was honestly the thing I was worried about with the Bible. If I read it, it would make me simple in my thinking. So I started in Matthew, which is one of the Gospels about Jesus. And I read through Matthew and Mark, then Luke and John. I read those books in a week or so, and Jesus was very confusing, and I didn’t know if I liked Him very much, and I was certainly tired of Him by the second day. By the time I got to the end of Luke, to the part where they were going to kill Him again, where they were going to stretch Him out on a cross, something shifted within me. I remember it was cold outside, crisp, and the leaves in the trees of the park across the street were getting tired and dry. And I remember sitting at my desk, and I don’t know what it was that I read or what Jesus was doing in the book, but I felt a love for Him rush through me, through my back and into my chest. I started crying, too, like that guy Bill Bright.

I remember thinking that I would follow Jesus anywhere, that it didn’t matter what He asked me to do. He could be mean to me; it didn’t matter, I loved Him, and I was going to follow Him.

I think the most important thing that happens within Christian spirituality is when a person falls in love with Jesus.

Sometimes when I go forward at church to take Communion, to take the bread and dip it in the wine, the thought of Jesus comes to me, the red of His blood or the smell of His humanity, and I eat the bread and I wonder at the mystery of what I am doing, that somehow I am one with Christ, that I get my very life from Him, my spiritual life comes from His working inside me, being inside me.

All great characters in stories are the ones who give their lives to something bigger than themselves.

And in all of the stories I don’t find anyone more noble than Jesus. He gave His life for me, in obedience to His Father. I truly love Him for it. I feel that, and so does Laura and Penny and Rick and Tony the Beat Poet. I think the difference in my life came when I realized, after reading those Gospels, that Jesus didn’t just love me out of principle; He didn’t just love me because it was the right thing to do.

Rather, there was something inside me that caused Him to love me. I think I realized that if I walked up to His campfire, He would ask me to sit down, and He would ask me my story. He would take the time to listen to my ramblings or my anger until I could calm down, and then He would look me directly in the eye, and He would speak to me; He would tell me the truth, and I would sense in his voice and in the lines on His face that he liked me. He would rebuke me, too, and he would tell me that I have prejudices against very religious people and that I need to deal with that; He would tell me that there are poor people in the world and I need to feed them and that somehow this will make me more happy. I think He would tell me what my gifts are and why I have them, and He would give me ideas on how to use them. I think He would explain to me why my father left, and He would point out very clearly all the ways God has taken care of me through the years, all the stuff God protected me from.

After I got Laura’s e-mail in which she told me she had become a Christian, I just about lost it with excitement. I felt like a South African the day they let Mandela out of prison. I called her and asked her to coffee at Palio. I picked her up in Eliot Circle at Reed, and she was smiling and full of energy. She said we had much to talk about, very much to talk about. At Palio, we sat in the booth at the back, and even though Laura had been my close friend, I felt like I had never met this woman. She squirmed in her seat as she talked with confidence about her love for Jesus. I sat there amazed because it is true. People do come to know Jesus. This crazy thing really happens. It isn’t just me.

I was watching BET one night, and they were interviewing a man about jazz music. He said jazz music was invented by the first generation out of slavery. I thought that was beautiful because, while it is music, it is very hard to put on paper; it is so much more a language of the soul. It is as if the soul is saying something, something about freedom.

I think Christian spirituality is like jazz music. I think loving Jesus is something you feel.

Everybody sings their song the way they feel it, everybody closes their eyes and lifts up their hands.

If you haven’t done it in a while, pray and talk to Jesus. Ask Him to become real to you. Ask Him to forgive you of self-addiction, ask Him to put a song in your heart. I can’t think of anything better that could happen to you than this.

Excerpted with permission from Blue Like Jazz by Donald Miller, copyright Thomas Nelson.

Have you experienced that feeling of falling in love with Jesus or remember meeting Him for the first time? Join the conversation on our blog! We’d love to hear from you! ~ Devotionals Daily