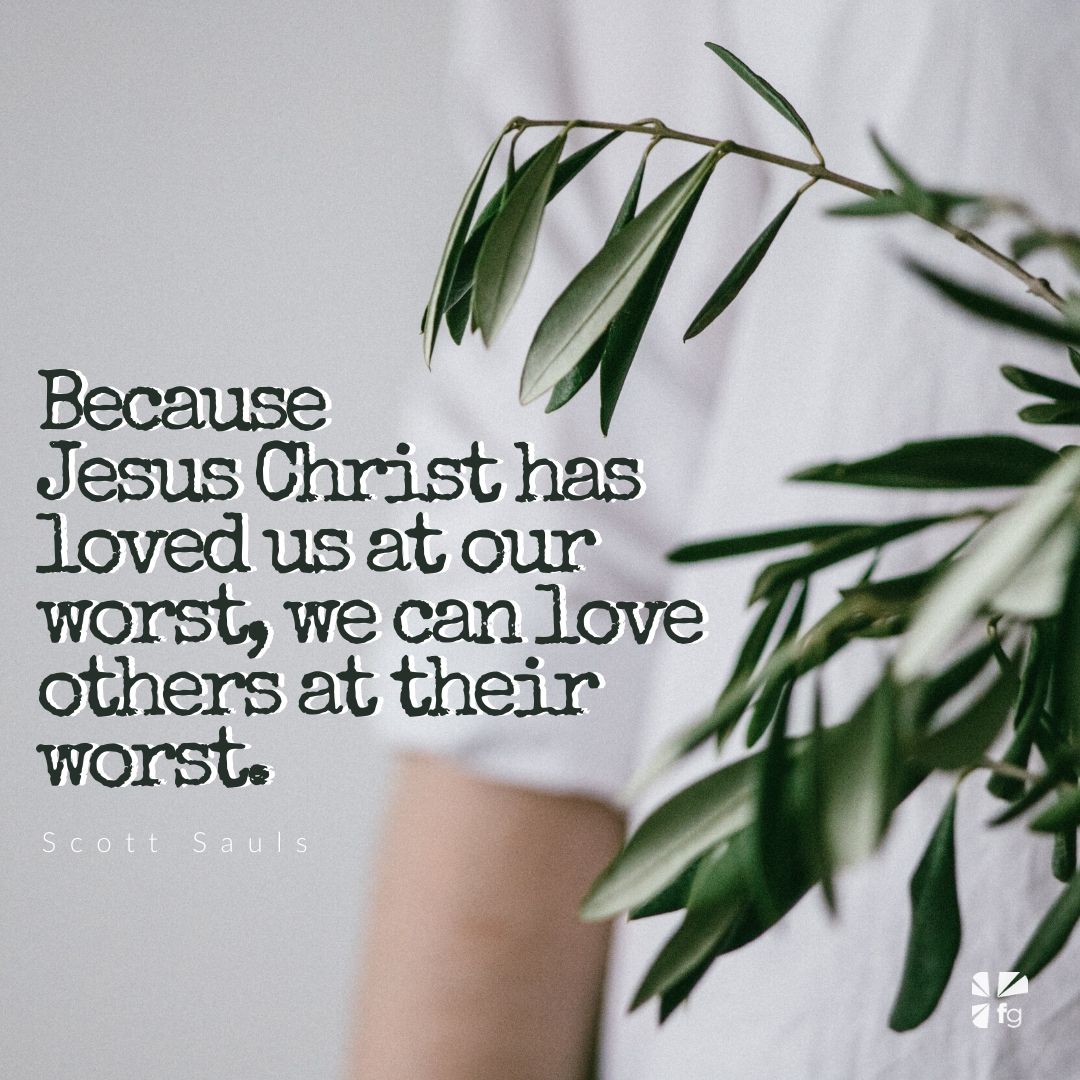 When Saturday Night Live comedian Pete Davidson crudely mocked Congressman-elect Dan Crenshaw because of his eye patch and flippantly remarked, “I know he lost his eye in the war or whatever,” no one expected the former Navy SEAL and decorated war hero to respond to the insults in the way that he did. The mockery of Crenshaw’s combat-inflicted disability, motivated by Davidson’s disdain for his political views, resulted in such a strong public backlash that Davidson fell into depression and self-loathing.

He wrote in an Instagram post, “I really don’t want to be on this earth anymore. I’m doing my best to stay here for you but I actually don’t know how much longer I can last. All I’ve ever tried to do was help people. Just remember I told you so.” Having lost his eye in combat in Afghanistan due to an explosion, some might have expected Crenshaw to say of Davidson, “Well, it serves him right.” He could have added to the backlash or simply ignored the comedian. Instead, the veteran privately reached out to befriend, encourage, and speak life-giving words to Davidson.

He told the comedian that everyone had a purpose in this world and that “God put you here for a reason. It’s your job to find that purpose. And you should live that way.” Instead of firing back, Crenshaw built a bridge. Instead of shaming and scolding, he spoke tenderly. Instead of seeking vindication through retaliation, he sought friendship through peacemaking. Instead of adding to the cycle of outrage, he soundly defeated outrage with a gesture of unconditional love. Moved by compassion for the pain that Davidson had brought upon himself at Crenshaw’s expense, the man trained in military strike and defense offered a gentle answer — so gentle, in fact, that it turned away the wrath of another man’s political ire and the wrath of that same man’s subsequent self-loathing.

Then, on Veteran’s Day weekend, the two came face to face on Saturday Night Live to make amends. Crenshaw offered warm remarks and high praise in reference to Davidson’s own father, who was a New York City firefighter who died in the September 11, 2001, terrorist attacks when Davidson was seven years old. At the end of the segment, when he thought they were off camera, the embattled and humbled comedian leaned over to Crenshaw and whispered, “You are a good man”.

Such stories of kindness, forgiveness, and reconciliation can help us when we are faced with our own decisions. Do we take offense and strike back, or do we seek to extend kindness and offer a gentle answer? It applies when we are at odds with a family member, when we butt heads with a colleague, when our views are criticized online, when our children don’t listen to or respect us, when someone rejects us because of our faith or our race or our social rank, or when we feel misunderstood by those of a different generation or economic situation or culture.

Those of us who identify as Christian have been given a resource that enables us to respond to outrage and wrath in a healing, productive, and life-giving way.

Because Jesus Christ has loved us at our worst, we can love others at their worst.

But make no mistake. Jesus’s gentle answer was bold and costly. His gentle answer included pouring out His lifeblood and dying on the Cross. Our gentle answer will be costly as well. We must die to ourselves, to our self-righteousness, to our indignation, and to our outrage. For

whoever finds his life will lose it, and whoever loses his life for my sake will find it. — Matthew 10:39

Jesus has been gentle toward us so we have good reason to become gentle toward others, including those who treat us like enemies.

You have heard that it was said, ‘You shall love your neighbor and hate your enemy.’ But I say to you, Love your enemies and pray for those who persecute you, so that you may be sons of your Father who is in Heaven. — Matthew 5:43-45

Because Jesus has covered all of our offenses, we can be among the least offensive and least offended people in the world. This is the way of the gentle answer.

Written for Devotionals Daily by Scott Sauls, author of A Gentle Answer.

Kindness, forgiveness, and reconciliation are not free. They have a cost. And the cost is born by the forgiver. Gentle answers in the face of the worst are our heritage as Christians because of Jesus. Come share your thoughts with us on our blog. We want to hear from you! ~ Devotionals Daily