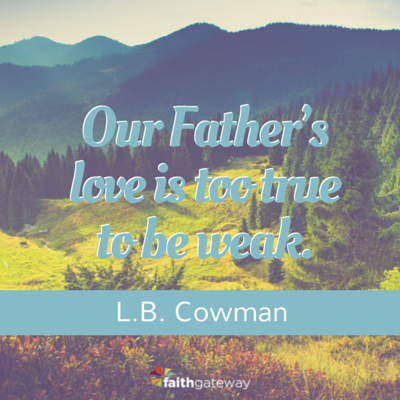 For I consider that our present sufferings cannot even be compared to the glory that will be revealed to us. — Romans 8:18

I kept for nearly a year the flask-shaped cocoon of an emperor moth. It is very peculiar in its construction. A narrow opening is left in the neck of the flask, through which the perfect insect forces its way, so that a forsaken cocoon is as entire as one still tenanted, no rupture of the interlacing fibers having taken place. The great disproportion between the means of egress and the size of the imprisoned insect makes one wonder how the exit is ever accomplished at all — and it never is without great labor and difficulty.

It is supposed that the pressure to which the moth’s body is subjected in passing through such a narrow opening is a provision of nature for forcing the juices into the vessels of the wings, these being less developed at the period of emerging from the chrysalis than they are in other insects.

I happened to witness the first efforts of my prisoned moth to escape from its long confinement. During a whole forenoon, from time to time, I watched it patiently striving and struggling to get out. It never seemed able to get beyond a certain point, and at last my patience was exhausted. Very probably the confining fibers were drier and less elastic than if the cocoon had been left all winter on its native heather, as nature meant it to be. At all events I thought I was wiser and more compassionate than its Maker, and I resolved to give it a helping hand. With the point of my scissors I snipped the confining threads to make the exit just a very little easier, and lo! immediately, and with perfect case, out crawled my moth dragging a huge swollen body and little shrivelled wings.

In vain I watched to see that marvelous process of expansion in which these silently and swiftly develop before one’s eyes; and as I traced the exquisite spots and markings of divers colors which were all there in miniature, I longed to see these assume their due proportions and the creature to appear in all its perfect beauty, as it is, in truth, one of the loveliest of its kind. But I looked in vain.

My false tenderness had proved its ruin. It never was anything but a stunted abortion, crawling painfully through that brief life which it should have spent flying through the air on rainbow wings.

I have thought of it often, often, when watching with pitiful eyes those who were struggling with sorrow, suffering, and distress; and I would fain cut short the discipline and give deliverance. Short-sighted man! How know I that one of these pangs or groans could be spared? The far-sighted, perfect love that seeks the perfection of its object does not weakly shrink from present, transient suffering.

Our Father’s love is too true to be weak.

Because He loves His children, He chastises them that they may be partakers of His holiness. With this glorious end in view, He spares not for their crying. Made perfect through sufferings, as the Elder Brother was, the sons of God are trained up to obedience and brought to glory through much tribulation.

Excerpted with permission from Streams in the Desert by L. B. Cowman, copyright Zondervan.

How many times have you prayed for a friend, family member, or yourself to be released from a painful trial that seems to be taking forever and the struggle seems too overwhelming? Today, let’s ask the Lord to perfect His work in us through the challenges and sufferings He allows in our lives and in the lives of our friends and family. Come join the conversation about being transformed and made perfect through suffering! We want to hear from you! ~ Devotionals Daily