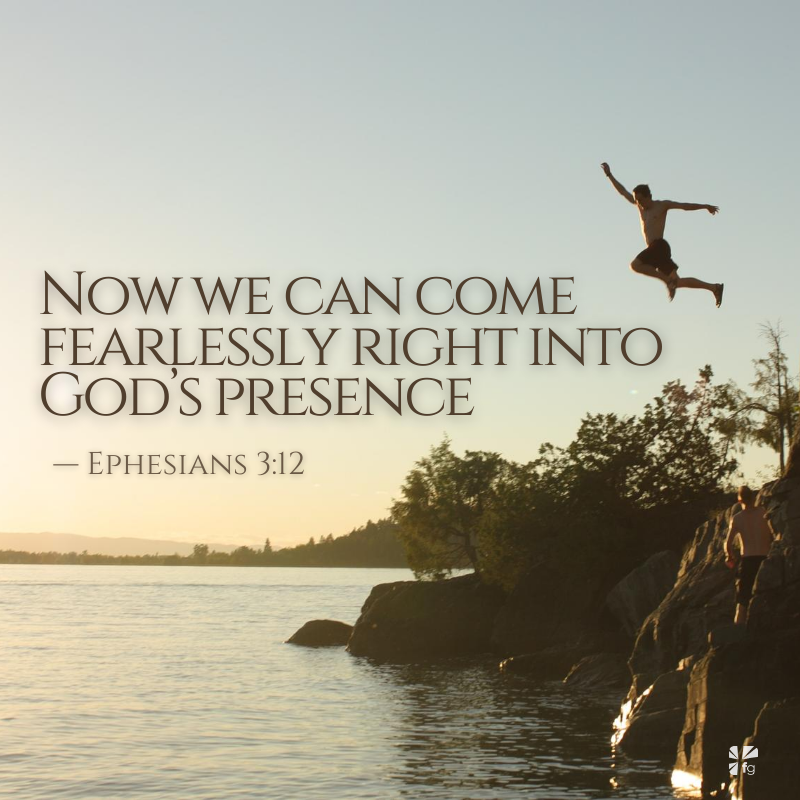 Since we have been made right with God by our faith, we have peace with God. This happened through our Lord Jesus Christ, who has brought us into that blessing of God’s grace that we now enjoy. And we are happy because of the hope we have of sharing God’s glory. — Romans 5:1-2

Batters hustling to the plate to take their swings? Questionable calls going uncontested? Umpires being thanked after the game? Fans returning foul balls?

This is Major League Baseball?

It was. For a few weeks during the spring of ’95, professional baseball was a different game. The million-dollar arms were at home. The Cadillac bats were in the rack. The contracted players were negotiating for more money. The owners, determined to start the season, threw open the gates to almost anybody who knew how to scoop a grounder or run out a bunt.

These weren’t minor-leaguers. The minor leagues were also on strike. These were fellows who went from coaching Little League one week to wearing a Red Sox uniform the next.

The games weren’t fancy, mind you. Line drives rarely reached the outfield. One manager said his pitchers threw the ball so slowly the radar gun couldn’t clock them. A fan could shell a dozen peanuts in the time it took to relay a throw from the outfield.

The players huffed and puffed more than the “Little Engine That Could.”

But, my, did the players have fun! The diamond was studded with guys who played the game for the love of the game. When the coach said run, they ran. When he needed a volunteer to shag flies, a dozen hands went up. They arrived before the park was open, greasing their gloves and cleaning their cleats. When it was time to go home, they stayed until the grounds crew ran them off. They thanked the attendants for washing their uniforms. They thanked the caterers for the food. They thanked the fans for paying the dollar to watch. The line of players willing to sign autographs was longer than the line of fans wanting them.

It was baseball again!

In Cincinnati the general manager stepped out on the field and applauded the fans for coming out. The Phillies gave away free hot dogs and sodas. In the trade of the year, the Cleveland Indians gave five players to the Cincinnati Reds — for free!

It wasn’t classy. You missed the three-run homers and frozen-rope pick-offs. But that was forgiven for the pure joy of seeing some guys play who really enjoyed the game. What made them so special? Simple. They were living a life they didn’t deserve. These guys didn’t make it to the big leagues on skill; they made it on luck. They weren’t picked because they were good; they were picked because they were willing.

And they knew it! Not one time did you read an article about the replacement players arguing over poor pay. I did read a story about a fellow who offered a hundred grand if some owner would sign him. There was no jockeying for position. No second-guessing the management. No strikes. No lockouts or walkouts. Heavens, these guys didn’t even complain that their names weren’t stitched on the jerseys. They were just happy to be on the team.

Shouldn’t we be, as well? Aren’t we a lot like these players?

If the first four chapters of Romans tell us anything, they tell us we are living a life we don’t deserve.

We aren’t good enough to get picked, but look at us, suited up and ready to play! We aren’t skillful enough to make the community softball league, but our names are on the greatest roster of history!

Do we deserve to be here? No. But would we trade the privilege? Not for the world. For if Paul’s proclamation is true, God’s grace has placed us on a dream team beyond imagination. Our past is pardoned, and our future secure. And lest we forget this unspeakable gift, Paul itemizes the blessings that God’s grace brings into our world (see Romans 5:1–12).

Blessing #1: We Have Peace with God

Since we have been made right with God by our faith, we have peace with God. — Romans 5:1

Once a monk and his apprentice traveled from the abbey to a nearby village. The two parted at the city gates, agreeing to meet the next morning after completing their tasks. According to plan, they met and began the long walk back to the abbey. The monk noticed that the younger man was unusually quiet. He asked him if anything was wrong. “What business is it of yours?” came the terse response.

Now the monk was sure his brother was troubled, but he said nothing. The distance between the two began to increase. The apprentice walked slowly, as if to separate himself from his teacher. When the abbey came in sight, the monk stopped at the gate and waited on the student. “Tell me, my son. What troubles your soul?”

The boy started to react again, but when he saw the warmth in his master’s eyes, his heart began to melt. “I have sinned greatly,” he sobbed. “Last night I slept with a woman and abandoned my vows. I am not worthy to enter the abbey at your side.”

Doesn’t that describe what God has done for us? When we kept our sin silent, we withdrew from Him. We saw Him as an enemy. We took steps to avoid His presence. But our confession of faults alters our perception. God is no longer a foe but a friend. We are at peace with Him. He did more than the monk did, much more. More than share in our sin,

[Jesus was] crushed for the evil we did. The punishment, which made us well, was given to Him. — Isaiah 53:5

He leads us into the presence of God.

Blessing #2: We Have a Place with God

Being ushered into God’s presence is the second blessing Paul describes:

This happened through our Lord Jesus Christ, who has brought us into that blessing of God’s grace that we now enjoy. — Romans 5:2

Look at the phrase, “who has brought us into.” The Greek word means “to usher into the presence of royalty.” Twice in Ephesians Paul reminds us of our right to enter God’s presence:

It is through Christ that all of us are able to come into the presence of the Father. — Ephesians 2:18 TEV

Christ meets us outside the throne room, takes us by the hand, and walks us into the presence of God. Upon entrance we find grace, not condemnation; mercy, not punishment. Where we would never be granted an audience with the King, we are now welcomed into His presence.

If you are a parent you understand this. If a child you don’t know appears on your doorstep and asks to spend the night, what would you do? Likely you would ask him his name, where he lives, find out why he is roaming the streets, and contact his parents. On the other hand, if a youngster enters your house escorted by your child, that child is welcome. The same is true with God. By becoming friends with the Son, we gain access to the Father. 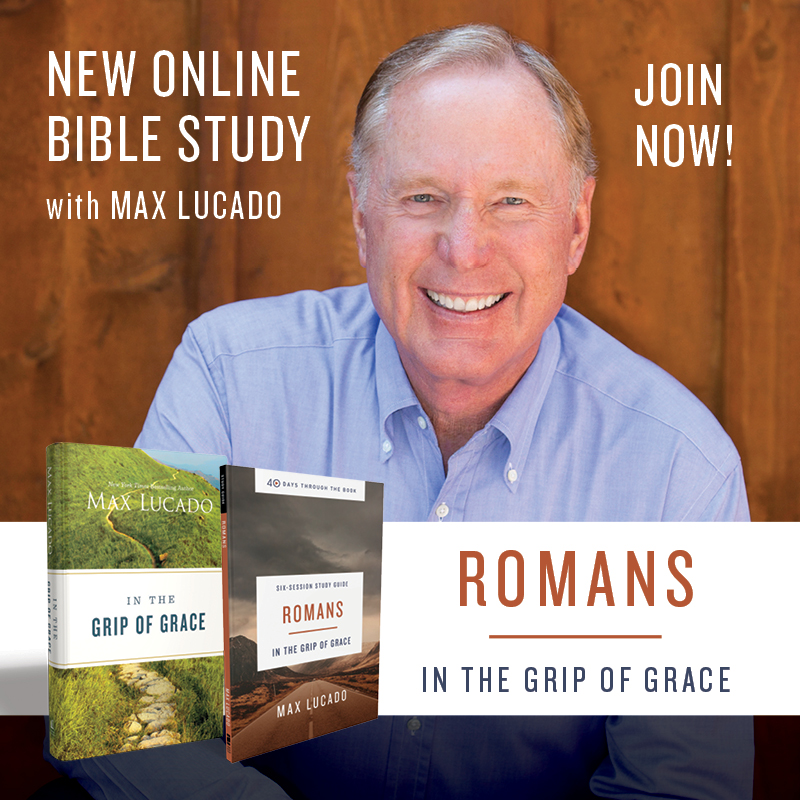 All those who stand before others and say they believe in Me, I will say before my Father in Heaven that they belong to Me. — Matthew 10:32

Because we are friends of his Son, we have entrance to the throne room. He ushers us into that “blessing of God’s grace that we now enjoy” (Romans 5:2).

This gift is not an occasional visit before God but rather a permanent “access by faith into this grace by which we now stand” (Romans 5:2 NIV). Here is where my analogy with the replacement baseball players ceases. They knew their status was temporary. Their privilege lasted only as long as the strike continued. Not so with us. Our privilege lasts as long as God is faithful, and His faithfulness has never been questioned.

If we are not faithful, He will still be faithful, because He cannot be false to Himself. — 2 Timothy 2:13

I suppose the baseball analogy would work if the team owner conferred upon us the status of lifetime team members. Upon doing so our position on the squad would not depend upon our performance but upon his power. Has an owner ever given such a gift? I don’t know, but God has and God does.

You got it: our future.

And we are happy because of the hope we have of sharing God’s glory. — Romans 5:2

Because of God’s grace, we go from being people whose “throats are like open graves” (Psalm 5:9) to being participants of God’s glory. We were washed up and put out; now we are called up and put in.

Are you happy? Even with everything going on in the world, we have every right to be absurdly happy! God handed us major league grace and, even though we don’t deserve eternal life with Him, we’re in it with Him forever! Talk about grace! Come share with us on our blog. We want to hear from you! ~ Devotionals Daily